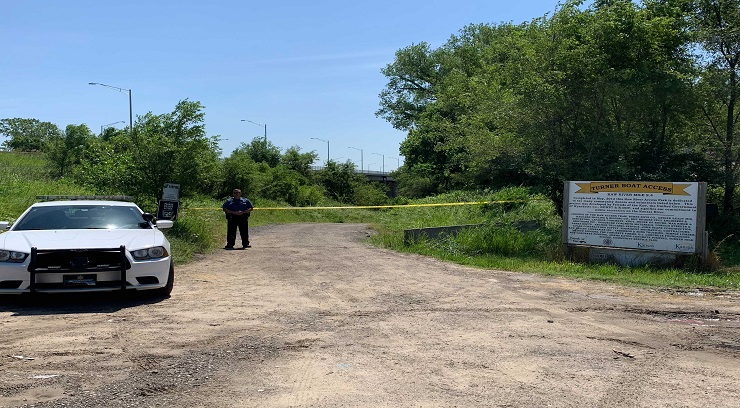 KANSAS CITY, Mo. — The Wyandotte County Sheriff’s office is investigating after a body was found near the Kansas River on Saturday.

Just before 7 a.m. on Saturday morning the Wyandotte County Sheriff’s Office received a call about a body found at the boat ramp near the Turner Diagonal Bridge and the Kansas River.

A man called for help after finding the body at the boat ramp. When deputies arrived they located the body of a black female in her mid-60’s. No identification of the victim has been released at this time.

Detectives are on the scene looking for evidence or witnesses that may help them discover what led to the death of the woman.

In a since-deleted tweet responding to a question about a potential contract extension for Kansas City Chiefs safety Tyrann Mathieu, Mathieu tweeted that he's "probably not" going to get a new deal in … END_OF_DOCUMENT_TOKEN_TO_BE_REPLACED

KANSAS CITY, Mo. — A manhole left uncovered is the source of concern after a woman damaged her car in Kansas City. The single-car crash happened at 11th Street and Tracy Avenue during the busy … END_OF_DOCUMENT_TOKEN_TO_BE_REPLACED

Kansas City, Missouri's COVID-19 emergency order was set to expire at the end of the month. But Mayor Quinton Lucas made it clear Friday that private businesses can still set their own rules.Any … END_OF_DOCUMENT_TOKEN_TO_BE_REPLACED

KANSAS CITY, MO (KCTV/AP) — All restrictions meant to slow the spread of the coronavirus were being rescinded as of midday Friday in Kansas City, Missouri, following guidance from the U.S. Centers for … END_OF_DOCUMENT_TOKEN_TO_BE_REPLACED