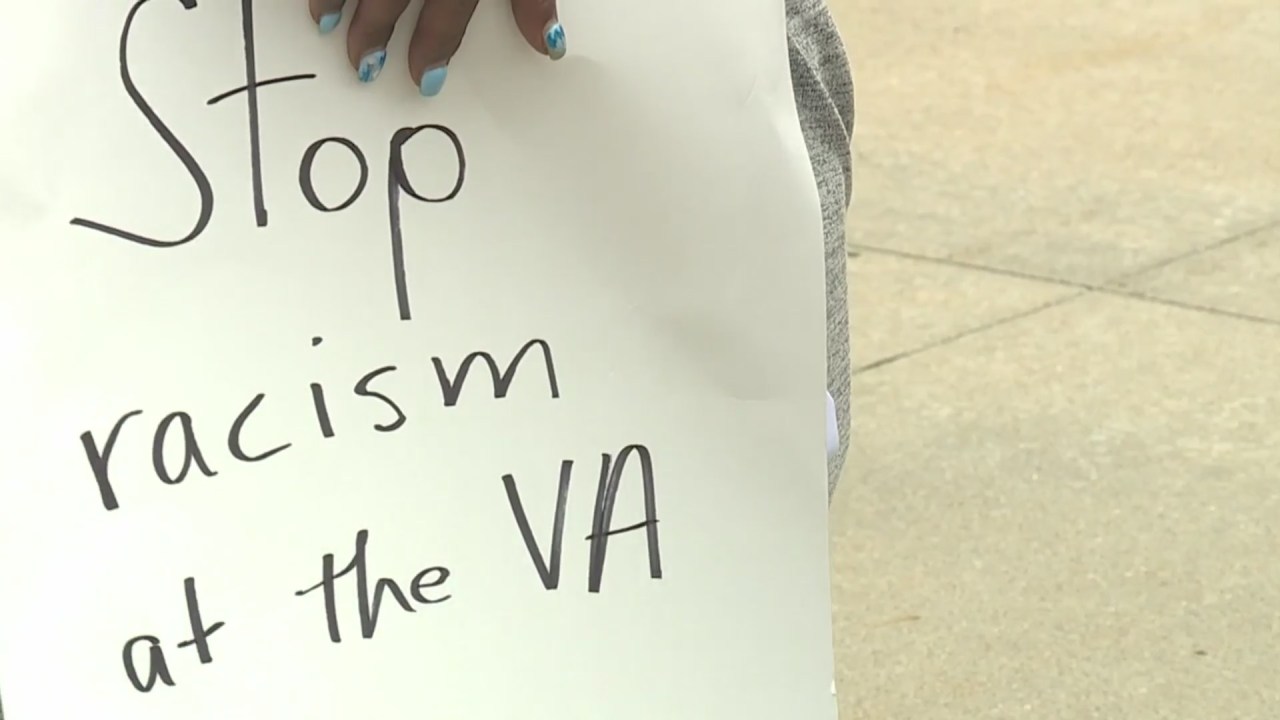 KANSAS CITY, Mo— The woman behind the new federal discrimination lawsuit against the Kansas City VA Medical Center is speaking publicly for the first time.

“I felt humiliated, embarrassed, discriminated against. This made me feel less than a human being. The profound emotional pain caused by the VA’s actions in indescribable,” Grecian Gill said during Thursday morning’s news conference.

Gill, a former medical support assistant in the radiology department is the latest to file a suit and one of 42 people represented by Randles Mata Law firm.

Gill claims she was retaliated against after filing a complaint against a VA cop.

“I just wanted my voice to be heard, because at the end of the day, I want to be treated fairly,” Gill said. “I want to seek justice. I want the next employee, the next individual, whether you are Black, or white, Asian or whatever color. We all are human, and we all should have a fair an equal opportunity.”

The attorney for Gills, Rebecca Randles provided this statement to FOX4:

“When employers fail, justice must prevail. The rule of law requires everyone to be treated fairly and equally. There is no room in our society for racism and there is no room for racism at the KCVA. We commend Grecian for her bravery, for stepping up and saying this is wrong. We hope it inspires others to take a stand an encourages them to stand up against the racism they have witnessed. Those who are suffering racism, sexism, or discrimination of any kind, please make your voice heard. Step up and step out.”

Randles said four of her clients have active discrimination lawsuits against the KCVA.

Attorney Nimrod Chapel who represents 18 current and former KCVA employees says there are at least a dozen more in different stages and pending.

A spokesperson for the Department of Veterans Affairs says they do not typically comment on pending litigation.

In a since-deleted tweet responding to a question about a potential contract extension for Kansas City Chiefs safety Tyrann Mathieu, Mathieu tweeted that he's "probably not" going to get a new deal in … END_OF_DOCUMENT_TOKEN_TO_BE_REPLACED

KANSAS CITY, Mo. — A manhole left uncovered is the source of concern after a woman damaged her car in Kansas City. The single-car crash happened at 11th Street and Tracy Avenue during the busy … END_OF_DOCUMENT_TOKEN_TO_BE_REPLACED

Kansas City, Missouri's COVID-19 emergency order was set to expire at the end of the month. But Mayor Quinton Lucas made it clear Friday that private businesses can still set their own rules.Any … END_OF_DOCUMENT_TOKEN_TO_BE_REPLACED

KANSAS CITY, MO (KCTV/AP) — All restrictions meant to slow the spread of the coronavirus were being rescinded as of midday Friday in Kansas City, Missouri, following guidance from the U.S. Centers for … END_OF_DOCUMENT_TOKEN_TO_BE_REPLACED