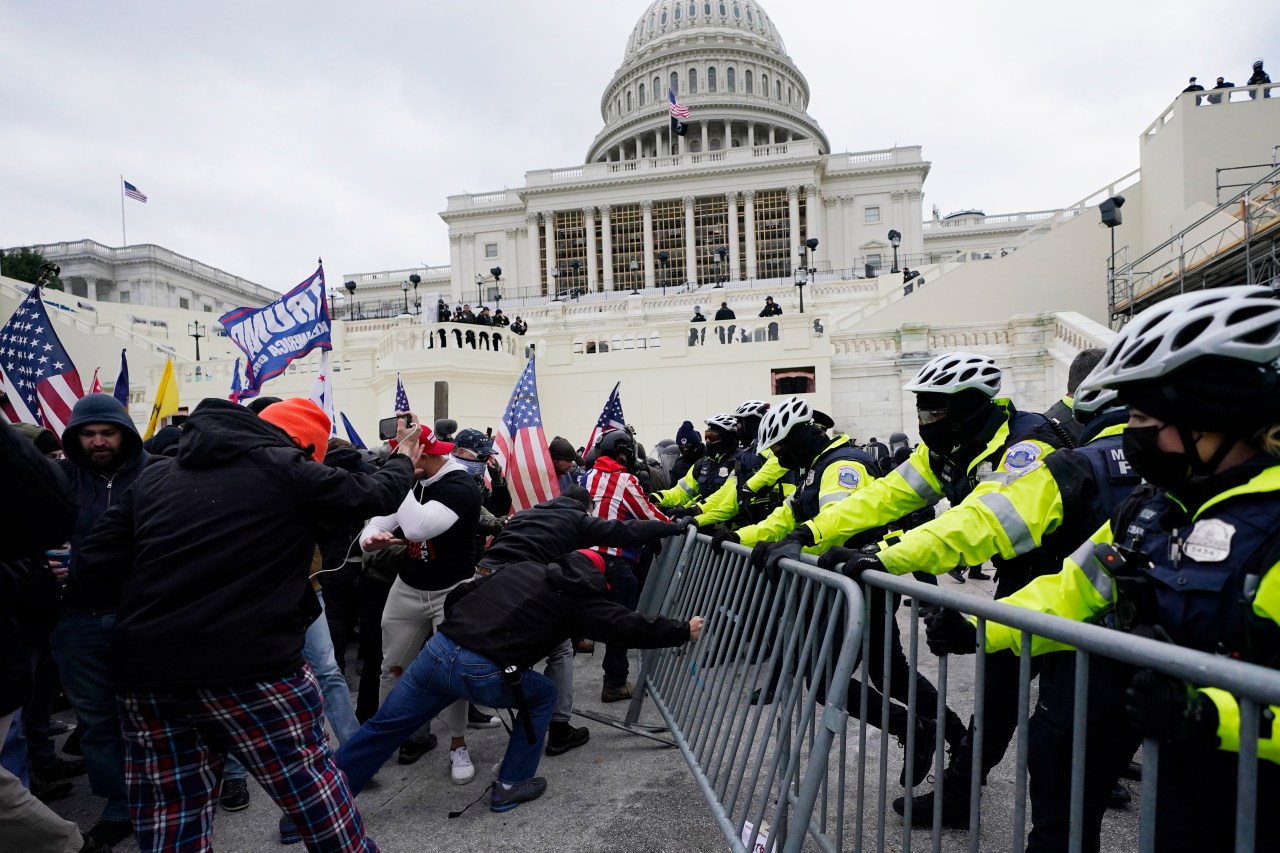 William Chrestman remained behind bars after a federal judge denied his request to be released from prison while awaiting trial on Friday.

The 47-year-old Olathe man faces conspiracy, civil disorder, obstruction of an official proceeding, threatening to assault a federal law enforcement officer, and other crimes for his alleged involvement in the U.S. Capitol riot on Jan. 6, 2021.

According to the court record, the judge denied Chrestman’s request to be released from custody. It upheld a ruling from a previous judge that said Chrestman was a danger to the community.

Last month prosecutors released a transcript of phone calls they say Chrestman made, and recorded, during and following the insurrection. They argue the transcript proves he is a danger to the public.

“We stormed the Capitol building! We rushed that s***! We took that house back…we took
it over…We made the House leave…they couldn’t finish their vote…that hasn’t been done since
1850…it was different than chaos; we the people took control!”

Federal prosecutors said that quote is just part of the conversation Chrestman had with an unidentified person following the riot on January 6, 2021. They argued that the call proved Chrestman celebrated his role in the insurrection.

In a detention memo to a judge last month, Chrestman’s attorney argued that he wasn’t at the Capitol on Jan. 6, 2021, as an official member of The Proud Boys. Federal prosecutors said they have proof, straight from Chrestman’s mouth, that he was there with the organization.

In another transcript released by prosecutors, Chrestman identified himself as being with the Kansas City chapter of the Proud Boys and said:

“… They all followed us, Proud Boys. We-we marched straight–we marched straight from the uh, uh, Washington Memorial . . . all the way down to the, uh, Capitol Building.” Prosecutors said Crestman continued the call and said, “Before all this s*** started people were–uh, patriots from all over the country–no b*******, coming up askin’, “Are you guys Proud Boys?” And we’re like, “Uh, yeah!” And they go, “Oh, my God, could we get our pictures taken with you guys? You guys are great!” Uh–they were treating us like f****** rock stars!”

Chrestman has been behind bars since federal agents arrested him in February. His attorney argues Chrestman is not a safety risk, a point in which prosecutors adamantly disagree.

In a since-deleted tweet responding to a question about a potential contract extension for Kansas City Chiefs safety Tyrann Mathieu, Mathieu tweeted that he's "probably not" going to get a new deal in … END_OF_DOCUMENT_TOKEN_TO_BE_REPLACED

KANSAS CITY, Mo. — A manhole left uncovered is the source of concern after a woman damaged her car in Kansas City. The single-car crash happened at 11th Street and Tracy Avenue during the busy … END_OF_DOCUMENT_TOKEN_TO_BE_REPLACED

Kansas City, Missouri's COVID-19 emergency order was set to expire at the end of the month. But Mayor Quinton Lucas made it clear Friday that private businesses can still set their own rules.Any … END_OF_DOCUMENT_TOKEN_TO_BE_REPLACED

KANSAS CITY, MO (KCTV/AP) — All restrictions meant to slow the spread of the coronavirus were being rescinded as of midday Friday in Kansas City, Missouri, following guidance from the U.S. Centers for … END_OF_DOCUMENT_TOKEN_TO_BE_REPLACED