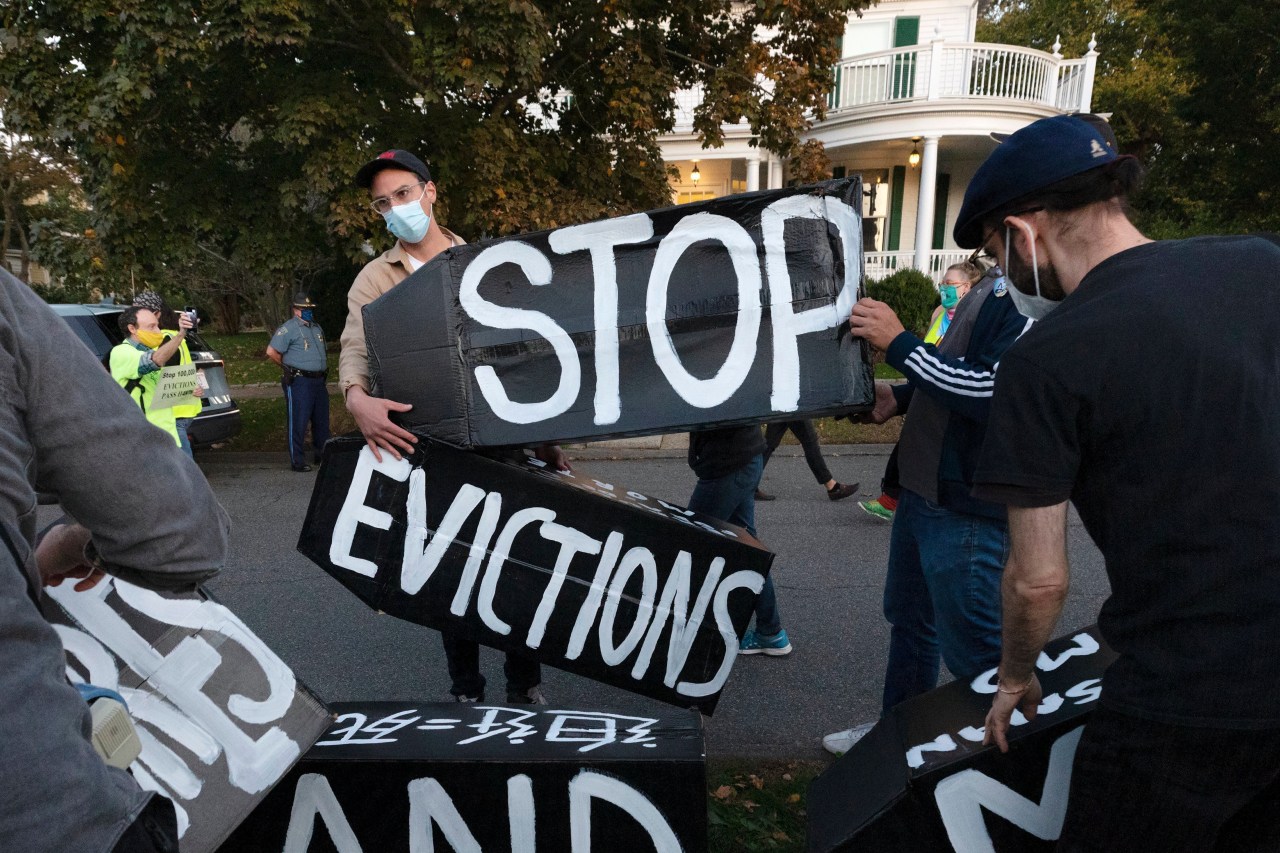 MISSION, Kan. — A federal freeze on most evictions that was enacted last year is scheduled to expire Saturday, after the Biden administration extended the original date by a month.

The moratorium put in place by the Centers for Disease Control and Prevention in September has been the only tool keeping millions of tenants in their homes. Many of them lost jobs during the coronavirus pandemic and have fallen months behind on their rent.

Landlords successfully challenged the order in court, arguing that they also had bills to pay. They pointed out that tenants could access nearly $47 billion in federal money set aside to help pay rents and related expenses.

Advocates for tenants said the distribution of the money had been slow and that more time was needed to distribute it and repay landlords. Without an extension, they feared a spike in evictions and lawsuits seeking to oust tenants who were behind on their rents.

Even with the delay, roughly 3.6 million people in the U.S. as of July 5 said they would face eviction within the next two months, according to the U.S. Census Bureau’s Household Pulse Survey. The survey measures the social and economic effects of the pandemic every two weeks through online responses from a representative sample of U.S. households.

Here’s the situation in Kansas:

WHAT’S THE STATUS OF EVICTION MORATORIUMS IN THE STATE?

In May, top Republican lawmakers rescinded Democratic Gov. Laura Kelly’s order that imposed the state’s pandemic ban on evictions and foreclosures. That left only the CDC moratorium, which offered slightly different protections.

The state moratorium had been in effect since August. Kelly also issued an eviction moratorium in March 2020 but let it expire two months later. When the state’s latest moratorium was lifted, Kelly spokeswoman Reeves Oyster said GOP leaders had decided to “kick people out of their homes.” Republicans have argued that the moratorium was preventing landlords from getting paid.

Kansas has received two rounds of federal rental aid — $200 million in one and $20 million in the other. As of Thursday, the Kansas Housing Resources Corp. had distributed nearly $21.7 million from the largest pot to 4,054 of the 9,555 households that applied (Wichita is the only community the state’s housing finance agency doesn’t serve). The money can go toward 15 months of rent, utilities and internet expenses.

The state also distributed $17 million in rental aid from the smaller pot, said Emily Sharp, a spokeswoman for the agency.

One challenge is that both tenants and landlords must apply to access some of the money, but certain landlords are saying, “No, I just want you out,” said Casey Johnson, an attorney for Kansas Legal Services, a nonprofit law firm. Some tenants also have refused to fill out the paperwork, making it impossible for landlords to collect any money, said Steve Vogel, the head of the Shawnee County Landlords Association. Johnson speculated that tenants might be resistant because they remain protected from eviction by the soon-to-expire CDC moratorium.

The state is anticipating an additional $150 million later this year.

HOW ARE THE COURTS HANDLING EVICTION HEARINGS?

In Johnson County, the state’s most populous, eviction proceedings are still conducted remotely. Many counties are now handling such cases totally or partially in-person.

It’s impossible to tell whether more Kansans were kicked out of their homes during the pandemic because the state lumps its eviction data into a broader category that also includes landlord disputes, debt collection and employment discrimination, said Lisa Taylor, a spokeswoman for the state’s Office of Judicial Administration.

Johnson, of Kansas Legal Services, said landlords are increasingly finding reasons beyond nonpayment to evict tenants, such as not cleaning well enough or having an unauthorized pet. He said some landlords are not renewing leases when they expire.

HOW AFFORDABLE IS HOUSING IN THE STATE’S MAJOR RENTAL MARKETS?

Kansas has among the nation’s most affordable housing markets, said Kirk Mcclure, a retired professor of urban planning for the University of Kansas and a contract worker for the U.S. Department of Housing and Urban Development. He said only the Deep South is cheaper.

From 2015 to 2019, rent for a two-bedroom apartment increased by 7.9%, which was far below the national average of 15.4%, according to the U.S. Census Bureau’s American Community Survey. The vacancy rate was 7.8% before the pandemic, which was above the 6% national average.

As of May, the median monthly rent in the Kansas City metropolitan area was 4.6% higher than a year before, at $1,109, according to a report released June 16 by Realtor.com. The median rent for a two-bedroom apartment in the area was $1,319.

ARE EVICTIONS EXPECTED TO CREATE A SURGE IN HOMELESSNESS?

Kansas advocates for the homeless are bracing for a spike in people entering shelters or moving in with relatives. One indication is recent census survey data showing that 18,107 people thought they might be evicted within the next two months.

A spike in homelessness could happen quickly. Kansas has one of the shortest timeframes in the country for evicting tenants who fall behind on rent. Johnson said landlords must merely send them a notice that gives renters three days to pay in full. After that, landlords can get a court order that gives the county sheriff 14 days to remove them.

Vogel, of the Shawnee County Landlords Association, said landlords “are not eager about any of this.” But he added: “It is just like having a job but not getting paid. You just can’t sustain that because they still have all their costs.”

The Salvation Army in Wichita has already seen an increase in calls from people asking for shelter, said Jami Scott, the organization’s director of homeless services.

“Unfortunately, the money that has been flooded into the community to help people pay their bills, a lot of that money is drying up, and it is going to be really difficult for us to be able to get people into housing,” she said.

In a since-deleted tweet responding to a question about a potential contract extension for Kansas City Chiefs safety Tyrann Mathieu, Mathieu tweeted that he's "probably not" going to get a new deal in … END_OF_DOCUMENT_TOKEN_TO_BE_REPLACED

KANSAS CITY, Mo. — A manhole left uncovered is the source of concern after a woman damaged her car in Kansas City. The single-car crash happened at 11th Street and Tracy Avenue during the busy … END_OF_DOCUMENT_TOKEN_TO_BE_REPLACED

Kansas City, Missouri's COVID-19 emergency order was set to expire at the end of the month. But Mayor Quinton Lucas made it clear Friday that private businesses can still set their own rules.Any … END_OF_DOCUMENT_TOKEN_TO_BE_REPLACED

KANSAS CITY, MO (KCTV/AP) — All restrictions meant to slow the spread of the coronavirus were being rescinded as of midday Friday in Kansas City, Missouri, following guidance from the U.S. Centers for … END_OF_DOCUMENT_TOKEN_TO_BE_REPLACED