The Kansas City Chiefs hold pick No. 31 for just the third time in franchise history and analysts have varying opinions on how they should use it. Brett Veach has the challenge of assembling a Super Bowl contender for the third consecutive season.

A lot of things can still change with free agency coming in just a few weeks. Here’s a look at who the analysts have sent to Kansas City in the first round as of late: 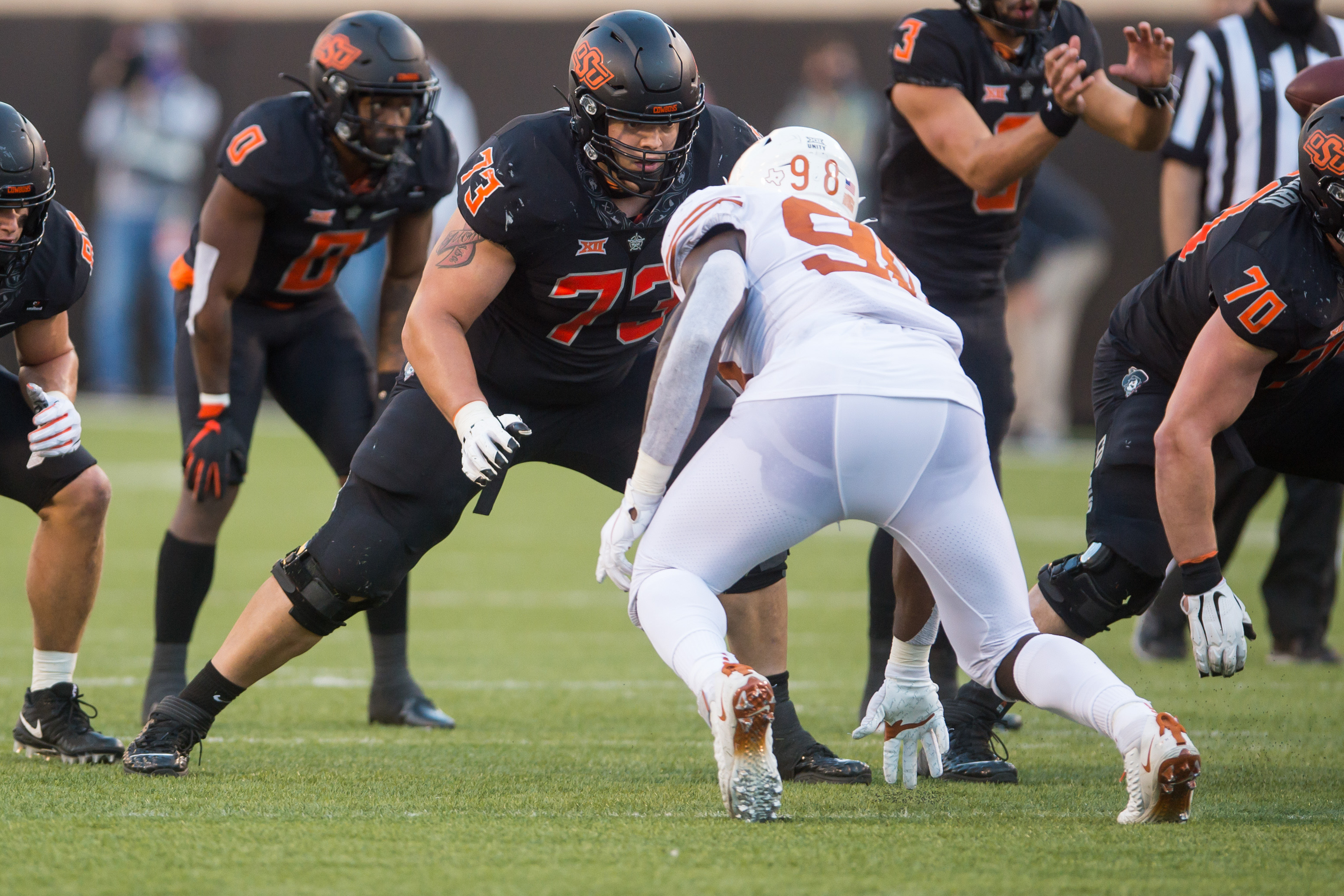 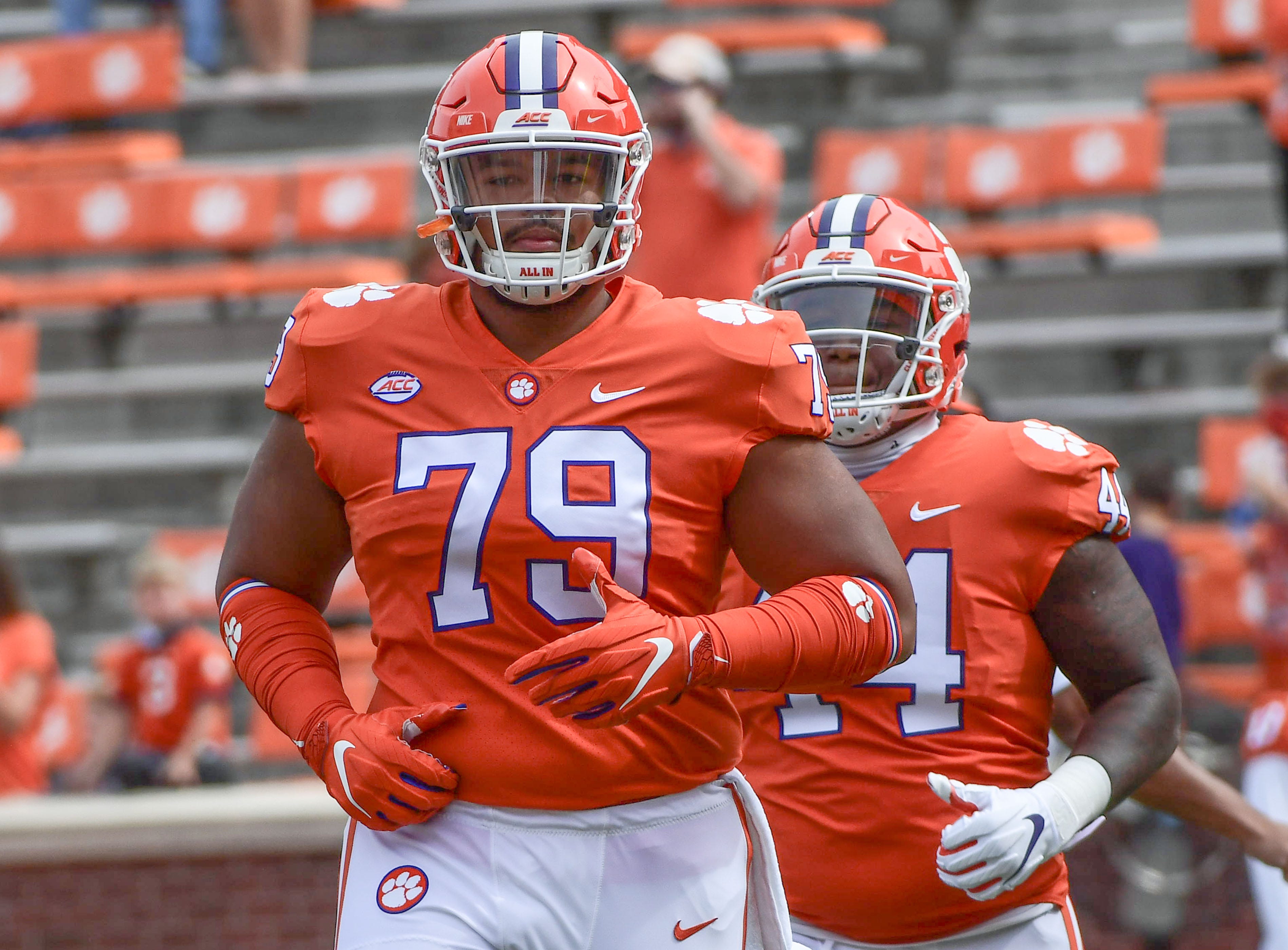 Of the eight mock drafts in our roundup this week, seven of them sent an offensive lineman to Kansas City. The Chiefs adding to the offensive line is the easiest possible conclusion after watching Patrick Mahomes run for his life in Super Bowl LV.

This week we have a couple of new names popping up. We have Clemson OT Jackson Carman, who is a long-armed tackle prospect. He seems very much like a jack-of-all-trades, but master of none compared to others in this tackle class. He also still has some noticeable struggles handling speed rushers.

We also have some other players like Oklahoma C Creed Humphrey and USC OL Alijah Vera-Tucker popping up for the first time. Humphrey is a technician at the center position and Vera-Tucker is a plug-and-play starter basically anywhere on the line.

We’ll see how long the offensive line remains the flavor of the month for Kansas City in these mock drafts. I suspect the recent news regarding Mitchell Schwartz will allow for some more variety as we approach free agency. 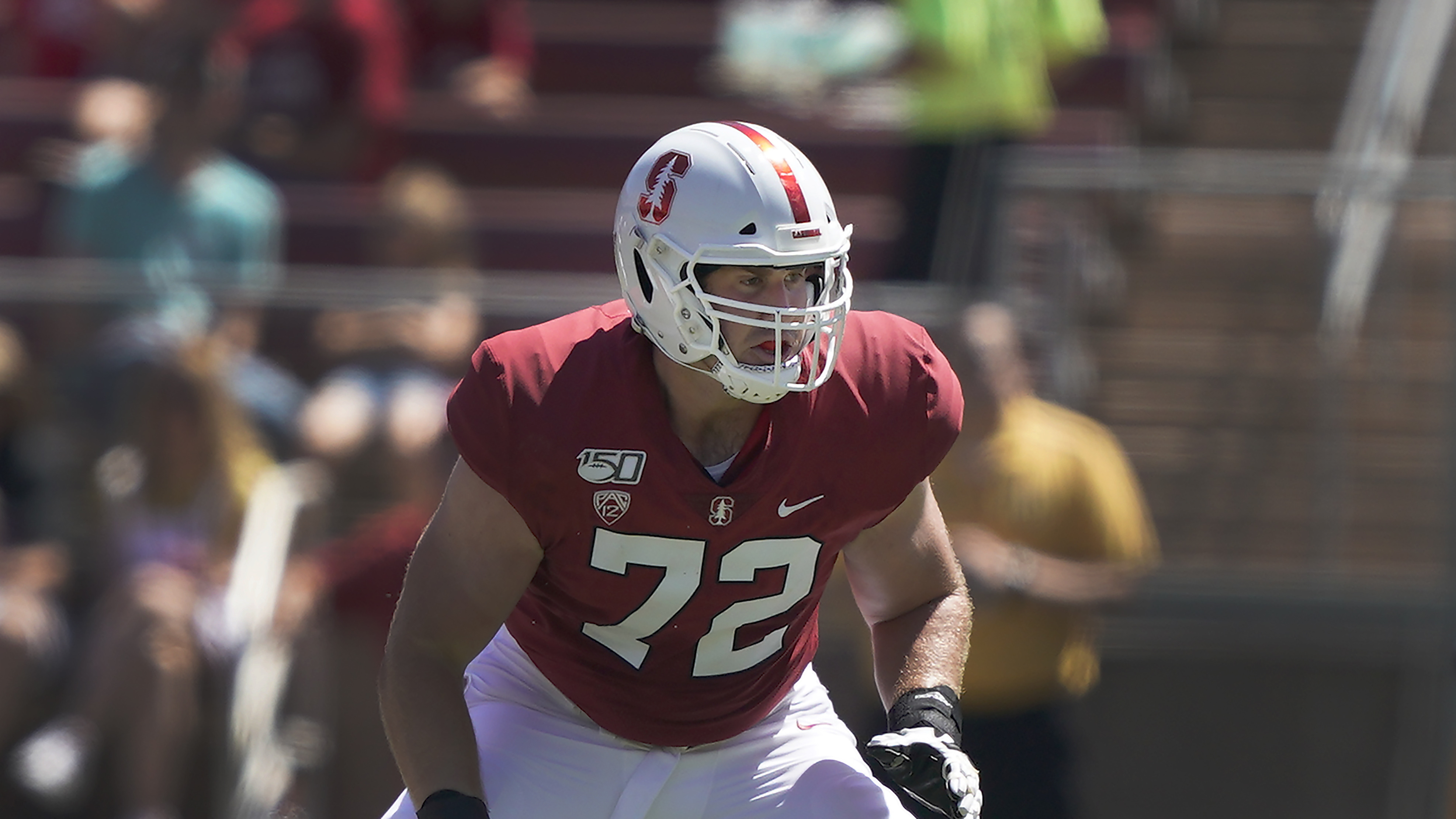 Earlier in the week, we wrote about Mel Kiper, Jr.’s pick for the Chiefs, Stanford OT Walker Little, being a risky choice. That brought up some good discussion about risk and the draft. Every pick, of course, carries some level of risk, but this year is very unique. A number of the tools for evaluation that teams usually have aren’t available for lots of prospects.

In the case of Little, the team’s last piece of film on him will have come in August of 2019 against Northwestern. That’s the last time that he played a game. They won’t have the NFL Scouting Combine for reliable medical evaluations on his knee injury. They won’t have top-30 visits or pre-draft workouts. They’re essentially flying blind compared to previous years. That risk you assume when drafting the player becomes magnified when you consider what you’re without in the evaluation process this season.

One name that kept being brought up as a comparison was Alabama C Landon Dickerson, but I’m not sure that you can really compare the two players. Dickerson’s durability concerns are well-documented, but he has also played 25 games in the past two seasons. A team can hang their hat on that in their evaluation process. It’s hard to say the same about the two-year-old tape from Little. You’re leaving a lot more up to projection with a player like Little than you are with a player like Dickerson.

KANSAS CITY, Mo. — The environment, children and smoking are issues Vari Patel and three other teens from the Kansas City metro felt needed attention so people can live healthier lives. "And when … END_OF_DOCUMENT_TOKEN_TO_BE_REPLACED

KANSAS CITY, Mo. — Kansas City, Missouri, Mayor Quinton Lucas confirmed Monday not only that he’d been married earlier this month — but that he and his wife welcomed a baby boy, too. In a post to … END_OF_DOCUMENT_TOKEN_TO_BE_REPLACED

KANSAS CITY, Mo. — Kansas City, Missouri, leaders once again will look into renaming city streets in honor of Dr. Martin Luther King Jr. The city's Board of Parks and Recreation Commissioners will … END_OF_DOCUMENT_TOKEN_TO_BE_REPLACED