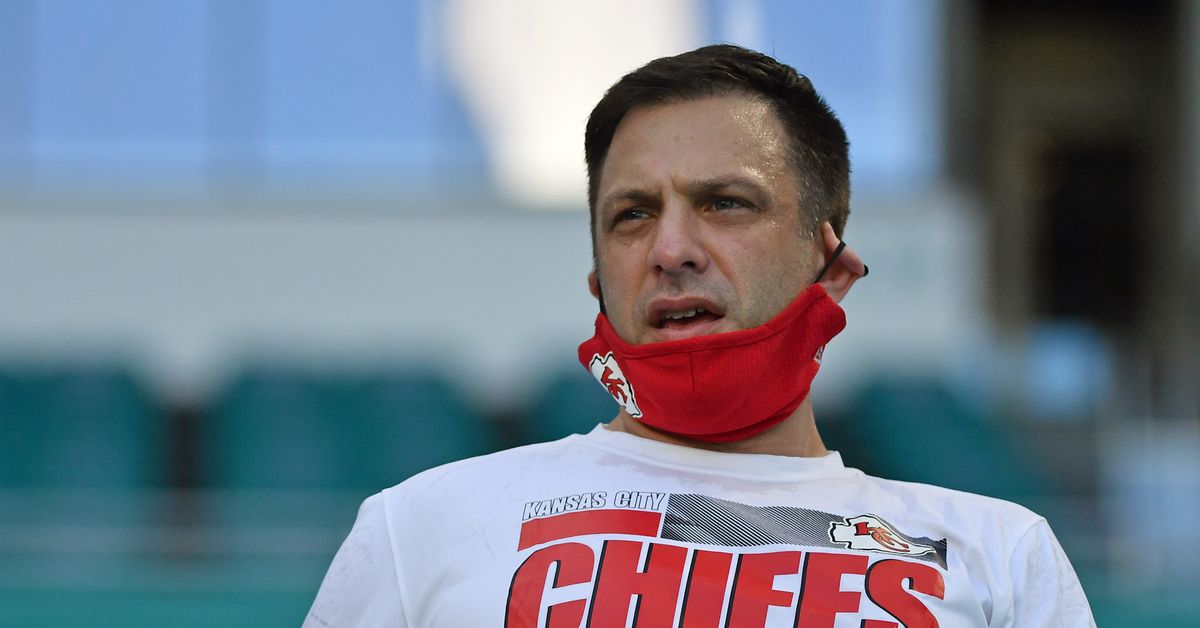 JJ Watt garnered much attention across the league this week, as he is a free agent for the first time in his 10-year career. Reports stated that Watt is looking for a quarterback, supporting personnel and money. The Chiefs certainly can offer the first two. Could they agree on the third? Our John Dixon explored.

Does this mean that Watt would consider the Kansas City Chiefs as a good landing spot? It’s certainly possible. But a better question might be whether the Chiefs would consider Watt — who will be 32 when the season begins — as a good fit for them.

And then there’s the money. Watt’s reported priorities notwithstanding, there are other teams that will have more to spend in free agency. While it’s possible the Chiefs could make moves that could give them enough cap space to make a deal with Watt, would they consider that a good use of their financial resources? Or would they prefer to use them on younger players?

Free agency could be wild — and the Chiefs stand to benefit

NFL free agency is on the horizon, with the legal tampering period beginning on March 15. Because of a lower salary cap, it has been suggested that perhaps some premiere veterans could take cheaper one-year deals with contending teams to make more money in 2022. If that’s the case, Ron Kopp believes the Chiefs would stand to benefit.

First of all, they aren’t in as negative a cap situation as it seems right now. Our John Dixon broke down ways the Chiefs could get back into the positive and have room to work with, but it won’t be enough to compete for players like Robinson, Davis, or other big names at their maximum value.

However, what if a player like Robinson — who has caught most of his career passes from quarterbacks Blake Bortles and Mitch Trubisky — wants to wait one more offseason to sign long-term and takes a one-year contract in Kansas City to boost his production playing with Patrick Mahomes?

It is an incredibly packed class of wide receivers to sign in free agency. Robinson is the best of the bunch for my money, but a number of them could have a similar thought process. Wide receivers’ value is as high as it has ever been; teams will pay for big-talent — they just may not be able to this offseason.

That heightened competition in the receiver market may force Sammy Watkins’ price down significantly — enough for the Chiefs to get tempted with re-signing. General manager Brett Veach has publicized his admiration for Watkins, and the selling point on his talent can always be made as justification.

If Watkins’ number gets driven down far enough, could Kansas City bring Watkins back — while also convincing another big-name receiver to join the corps for one season? Watkins could see his role shrink into a Demarcus Robinson-sized one, while another receiver becomes the second wideout target along with Tyreek Hill.

Any news of more money to work with is good news for the Chiefs at this point.

As I explained on Wednesday, the Chiefs are currently $18.1 million over Spotrac’s projected salary cap of $185 million — just $5 million more than the new minimum. During Super Bowl Week, Chiefs general manager Brett Veach said that he and his staff have run through scenarios where the cap would be as low as $175 million — but that “anything over $185 million and we’re in pretty good shape.”

So at least for the moment, Veach and his team can throw out those $175 million scenarios — and we can hope that the Chiefs will not have to make a lot of drastic salary cap moves in 2021.

The Super Bowl wasn’t fun to watch for Chiefs fans, but after taking the result in and reading a fan post, John Dixon found some reasons for optimism.

Again… maybe I’m crazy. But doesn’t that seem like it would be even harder to do?

And yes… having Mahomes doesn’t make the Chiefs immune from other problems. It would have been a lot more fun for Mahomes and the Chiefs to win Super Bowl LV. But now they’ve learned an important lesson. I think they’ll learn from it. Don’t you?

Two free-agent players the Chiefs could target this offseason

It is that time of year. Our Matt Lane outlines reasons that defensive end Romeo Okwara and wide receiver Josh Reynolds could be players to watch for Kansas City.

Along with his prototypical X-receiver size, Reynolds has shown he can be effective working downfield. From a blocking, toughness and versatility perspective, he is the very definition of what the Chiefs have generally liked in their larger wideouts. Like Okwara, the 26-year-old is also a young and ascending player — one who is likely build on his most recent performance. And since the current group of free-agent wide receivers is loaded, he shouldn’t cost much to sign.

Reynolds is good enough to improve the Chiefs’ talent at the second wide receiver position, which would eliminiate the need to draft such a player in the first two rounds this spring. And he could be signed inexpensively — just in case he has already maxed out his potential.

Opposing offenses consistently pick on Kansas City linebackers — and Wilson is as big a victim as any. His lack of sideline-to-sideline range is constantly exploited with stretch handoffs and quick throws to the outside.

Next season, the more athletic Willie Gay Jr. will likely take over for Wilson in the team’s nickel personnel package, in which only two linebackers are on the field. Wilson’s role as the SAM linebacker in base packages just isn’t enough to re-sign him.

The Chiefs need to make some transactions to free up space in the coming weeks if they are going to get involved in this offseason’s free agency period. John Dixon outlined ways they can do just that.

At this writing, the salary-cap site Spotrac shows the Chiefs projected to be $18.1 million over the cap when the league year begins. That’s a very large number that the Chiefs must get whittled down over the course of the next month.

Spotrac’s figure includes all the players currently under contract for the coming season. This now includes 29 healthy players who were on the the team’s final 2020 active roster — plus three others still on the team’s reserve/injured list and three more who were on 2020’s reserve/opt-out list. All are under contract at least through 2021. It also includes 21 other players who have been signed to reserve/future contracts since the end of the regular season.

You can find a complete list of Chiefs players broken into these specific groups on our Chiefs roster page. It’s a handy, up-to-date reference that is always available under the Resources tab at the top of every Arrowhead Pride page.

In a since-deleted tweet responding to a question about a potential contract extension for Kansas City Chiefs safety Tyrann Mathieu, Mathieu tweeted that he's "probably not" going to get a new deal in … END_OF_DOCUMENT_TOKEN_TO_BE_REPLACED

KANSAS CITY, Mo. — A manhole left uncovered is the source of concern after a woman damaged her car in Kansas City. The single-car crash happened at 11th Street and Tracy Avenue during the busy … END_OF_DOCUMENT_TOKEN_TO_BE_REPLACED

Kansas City, Missouri's COVID-19 emergency order was set to expire at the end of the month. But Mayor Quinton Lucas made it clear Friday that private businesses can still set their own rules.Any … END_OF_DOCUMENT_TOKEN_TO_BE_REPLACED

KANSAS CITY, MO (KCTV/AP) — All restrictions meant to slow the spread of the coronavirus were being rescinded as of midday Friday in Kansas City, Missouri, following guidance from the U.S. Centers for … END_OF_DOCUMENT_TOKEN_TO_BE_REPLACED