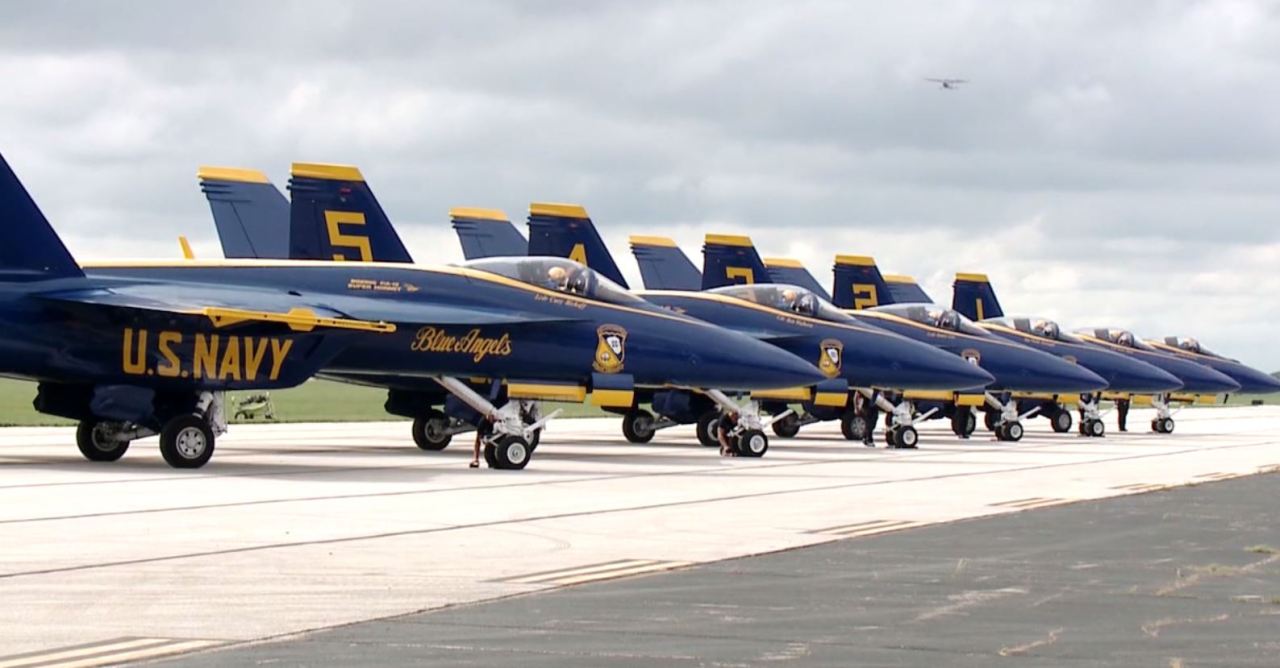 But if you want to go to the Kansas City Air Show and see them this weekend, organizers say you need to plan ahead.

“We had sold out almost all our premium tickets before the Thunderbirds announcement. Now general admission tickets are going off, but we do still have some left,” KC Air Show spokesperson Jade DeGood said.

General admission tickets for adults are $45 for Saturday and $40 on Sunday. Children ages 13-17 cost $16 for admission. Tickets for kids 6-12 years old are $9 each, and children under 5 get free admission.

Maj. Brian Hill with the Johnson County Sheriff’s Department said to manage traffic, several roads will be blocked off.

“There has been a significant increase in our traffic volume in the last couple days, just with the planes and the flight crews getting out here,” Hill said. “All of our access points to New Century Air Center will be shut down. At that point, the only way to come in and out to get to the airshow will be a VIP pass.”

DeGood said staff are expecting the weather to heat up over the weekend. The air show will provide free cooling buses to help guests beat the heat.

“If you don’t have a parking pass, you’re not getting onto this property. It’s just not going to work,” DeGood said.

Hill said law enforcement is asking drivers to keep the roadways clear and avoid parking along the sides of the road near the airport. Starting Friday evening the Kansas Highway Patrol will begin towing vehicles left along I-35 between east Santa Fe and Homestead Lane.

Les Schaffer doesn’t plan to go to the air show Saturday, but spent Friday afternoon watching pilots practice for the show, hoping to catch a glimpse of the Blue Angels.

“Wait until you hear those Blue Angels. Six  planes, they’ll blow you right off the streets is what it feels like,” Schaffer said.

Eric Smith took off work early Friday to take his sons to watch pilots practice before the show.

“They already sold out a lot of the premium tickets, and it sounded like there was a little bit of a fear they could sell out the general admission. We went ahead and got the tickets bought as soon as I knew the availability of my kids,” Smith said.

John Leacox and his father stopped near North Loop Road to watch the stunt planes take off before the Johnson County Sheriff’s Department closed the road Friday afternoon.

“We came out a little after 9:30, and we kind of just drove around. There were a couple cars already here, so we pulled in and it’s been a good spot,” Leacox said.

In a since-deleted tweet responding to a question about a potential contract extension for Kansas City Chiefs safety Tyrann Mathieu, Mathieu tweeted that he's "probably not" going to get a new deal in … END_OF_DOCUMENT_TOKEN_TO_BE_REPLACED

KANSAS CITY, Mo. — A manhole left uncovered is the source of concern after a woman damaged her car in Kansas City. The single-car crash happened at 11th Street and Tracy Avenue during the busy … END_OF_DOCUMENT_TOKEN_TO_BE_REPLACED

Kansas City, Missouri's COVID-19 emergency order was set to expire at the end of the month. But Mayor Quinton Lucas made it clear Friday that private businesses can still set their own rules.Any … END_OF_DOCUMENT_TOKEN_TO_BE_REPLACED

KANSAS CITY, MO (KCTV/AP) — All restrictions meant to slow the spread of the coronavirus were being rescinded as of midday Friday in Kansas City, Missouri, following guidance from the U.S. Centers for … END_OF_DOCUMENT_TOKEN_TO_BE_REPLACED