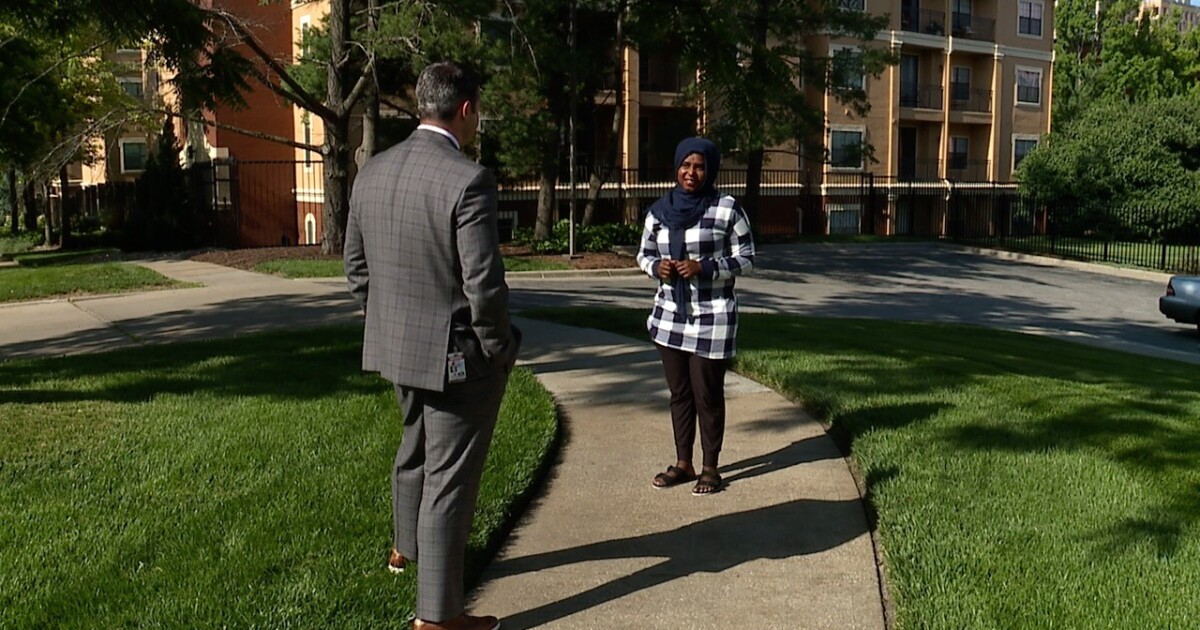 KANSAS CITY, Mo. — The owner of a set of wedding photos, found in a camera bag purchased in a pawn shop, has come forward to claim them.

Earlier this month, 41 Action News brought you the story of a woman who found a flash drive full of wedding photos in a camera bag. She’d purchased the bag, and a camera, from a pawn shop in Overland Park a few years ago.

The woman posted some of the photos on Kansas City-area Facebook “Swap and Shop” pages but got no response.

The 41 Action News story was shared thousands of times, and a local viewer tagged a young woman named Mawadah from Olathe. Mawadah recognized the photos because the groom at the wedding is her husband’s brother.

“I didn’t even read the story,” Mawadah said. “I just looked at the pictures, and I’m like, what are these pictures doing on Facebook? And so, I read how the lady was trying to find out who these belonged to. So I called my sister right away, I was like, ‘Did you see what they posted on Facebook?’ She was like, ‘Yeah I was shocked too. I couldn’t even believe it.’ So, we just automatically started doing the steps, like sending an email, and so we called my mom and dad. It was actually amazing to me.”

The wedding in the photos took place in Sudan more than five years ago.

Mawadah told 41 Action News that the couple is still together.

In a since-deleted tweet responding to a question about a potential contract extension for Kansas City Chiefs safety Tyrann Mathieu, Mathieu tweeted that he's "probably not" going to get a new deal in … END_OF_DOCUMENT_TOKEN_TO_BE_REPLACED

KANSAS CITY, Mo. — A manhole left uncovered is the source of concern after a woman damaged her car in Kansas City. The single-car crash happened at 11th Street and Tracy Avenue during the busy … END_OF_DOCUMENT_TOKEN_TO_BE_REPLACED

Kansas City, Missouri's COVID-19 emergency order was set to expire at the end of the month. But Mayor Quinton Lucas made it clear Friday that private businesses can still set their own rules.Any … END_OF_DOCUMENT_TOKEN_TO_BE_REPLACED

KANSAS CITY, MO (KCTV/AP) — All restrictions meant to slow the spread of the coronavirus were being rescinded as of midday Friday in Kansas City, Missouri, following guidance from the U.S. Centers for … END_OF_DOCUMENT_TOKEN_TO_BE_REPLACED