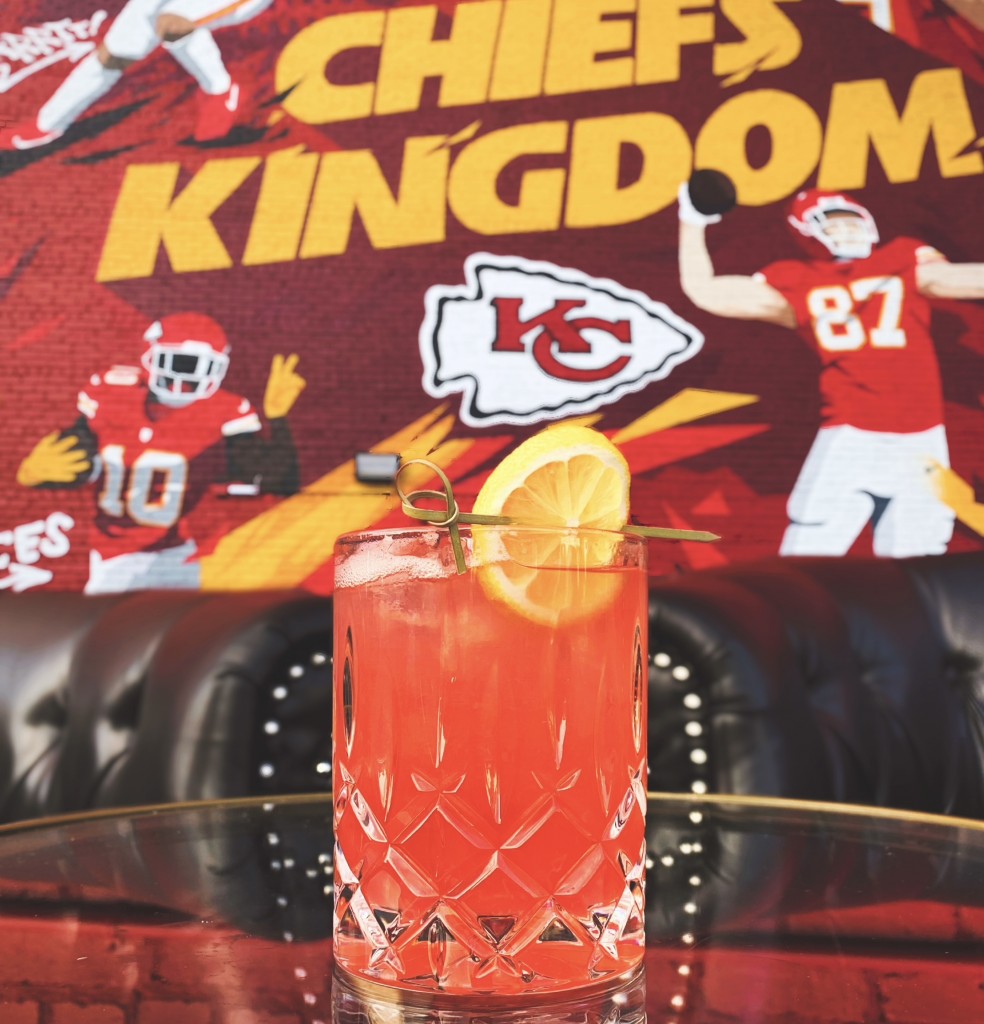 While crowds and watch parties look different this year, there are still many ways to celebrate the return of the Chiefs to the Super Bowl this weekend. // Tom’s Town’s Big Red cocktail featured above, courtesy of Tom’s Town

David Epstein, founder of local distillery Tom’s Town, remembers what it was like to be in Kansas City this time last year as the Kansas City Chiefs headed into the Super Bowl for the first time in fifty years. He calls it, in one word, “revelatory”.

“I think it pivoted Kansas City to an understanding that it’s really more than just a sports town,” Epstein says. “It’s a pride in where we’re from, how we conduct ourselves, and what we’re saying to the rest of the world.”

In early 2020, weeks before Johnson County’s first confirmed COVID-19 case, Kansas Citians celebrated the Super Bowl with an immense helping of hometown pride. They gathered in crowds, welcomed people into their homes, and filled restaurants and sports bars without thinking anything of it.

Now we’re headed back for what many Kansas Citians hope is a back to back Chiefs victory. But it’s bittersweet, as this year’s celebration will look different.

Kansas City’s Chicken N Pickle hosted a watch party last year for the Super Bowl. It was full of people enjoying a DJ, giveaways and game day specials on top of the big game. This year the venue will host a distanced indoor and outdoor Super Bowl event that many reservations have already been made for. While there will still be plenty of game day perks such as $9 game day nachos and T-shirt giveaways, PR director Rachel Santschi knows one thing will be missing.

“It will be different of course because last year we had everybody packed in and high fiving and giving hugs,” Santschi says. “Obviously (this year) they won’t be doing that.”

“We kind of joke about it, how our biggest sell is air,” Santschi says. “But that’s the great thing about what we do, that we’re both a restaurant and a place to have fun and be outdoors. I think people have been comfortable being outside.”

While watch parties may look different on Sunday, many local businesses are still offering Super Bowl deals and several opportunities for takeout. Tom’s Town will offer a $5 Big Red cocktail, made with botanical gin, orange and cranberry liquor, and lime juice. Q39 is offering to-go Butcher Block Bundles, which feature a variety of meats and sides that customers can “homegate” with. 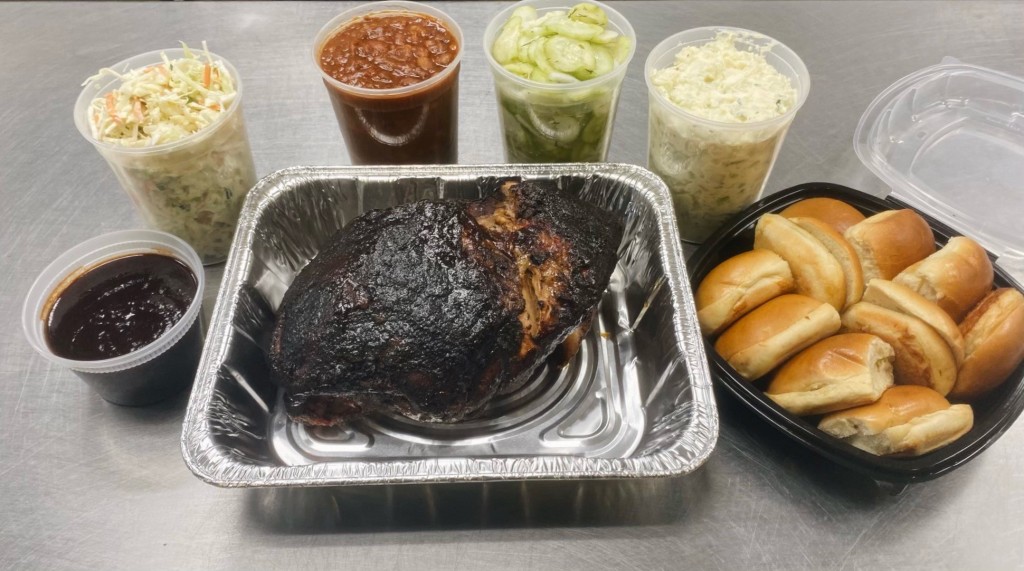 Q39’s “Pig Out Package” is available for curbside pickup after ordering via the restaurant’s website 24 hours in advance.

With the increasing popularity of curbside pickup and carryout, chef Rob Magee of Q39 says the restaurant had an advantage going into this year’s Super Bowl.

“Our curbside has doubled the business from the year prior,” Magee says. “I think we’re probably about pretty close to doubling staff also to make sure we can expedite the orders to go out efficiently.”

As vaccines begin to roll out, Magee thinks people are starting to become excited about what this year could bring. Super Bowl celebrations this year might bring our attention to the fact that we have now been dealing with COVID-19 for more than a year, but Magee says they are also a reminder that we could be on our way out of it.

“We’re getting ready to get fired up for 2021,” Magee says. “I think the Kansas City Chiefs going to the Super Bowl is just one indication (of that).”

Local businesses have certainly been hurt by the pandemic, but Epstein predicts an economic boom similar to that of the 1920s. Very soon, he thinks more people will be optimizing their opportunities to dine out than ever before.

“Who amongst us ever will want to sit in their living room or watch TV again?” Epstein says. “I think people are going to go out. I think the culture, just like it did in the 1920s and (19)30s, is just going to explode. It’s been remarkable to see even the slow birth of the post-pandemic world.”

Restaurant and bar owners are optimistic that we will see “normal” celebrations again. As Kansas Citians prepare to celebrate for the Super Bowl in the capacities they can, Epstein encourages them to look to their local options for doing so. Now more than ever, buying local makes all the difference.

“Everybody talks a big game about buying local, but to some degree, people don’t even really know what that means,” Epstein says. “It is incumbent on all residents of Kansas and Missouri to support our local businesses. That means a lot.”

In a since-deleted tweet responding to a question about a potential contract extension for Kansas City Chiefs safety Tyrann Mathieu, Mathieu tweeted that he's "probably not" going to get a new deal in … END_OF_DOCUMENT_TOKEN_TO_BE_REPLACED

KANSAS CITY, Mo. — A manhole left uncovered is the source of concern after a woman damaged her car in Kansas City. The single-car crash happened at 11th Street and Tracy Avenue during the busy … END_OF_DOCUMENT_TOKEN_TO_BE_REPLACED

Kansas City, Missouri's COVID-19 emergency order was set to expire at the end of the month. But Mayor Quinton Lucas made it clear Friday that private businesses can still set their own rules.Any … END_OF_DOCUMENT_TOKEN_TO_BE_REPLACED

KANSAS CITY, MO (KCTV/AP) — All restrictions meant to slow the spread of the coronavirus were being rescinded as of midday Friday in Kansas City, Missouri, following guidance from the U.S. Centers for … END_OF_DOCUMENT_TOKEN_TO_BE_REPLACED