A lot has happened in the three years since Katie Crutchfield moved to Kansas City.

She got sober. She released “Saint Cloud,” her fifth studio album under the name Waxahatchee. And a global pandemic put a complete halt to live music in her life — until earlier this week, when she played three sold-out shows at Lemonade Park in the West Bottoms with her partner and fellow musician Kevin Morby.

“My experience on stage was really sort of like, ‘I feel like I’ve never done this before in my entire life,'” Crutchfield said on KCUR’s Up To Date. “Then the next two nights were like riding a bike and so fun.”

Crutchfield says the outdoor shows, which helped launch her and Morby’s new tours, held a special status as their first in-person performances since the pandemic.

“It was a real honor to get to sort of usher people back into that live music sort of thing,” she says.

Sunday’s concert also marked Crutchfield’s first show in Kansas City since making the city her home. Tickets sold out online within minutes: “We felt so supported and loved by the city.”

All 11 songs on “Saint Cloud” were recorded in the summer of 2019 at Sonic Ranch in Tornillo, Texas, and Long Pond in Stuyvesant, New York.

You can hear references to her settling in here on the album. The fourth song, “Lilacs,” refers to the actual lilac bushes outside the home in in Overland Park that she shares with Kevin Morby. She wrote the melody for “Fire” while en route to Kansas City from Birmingham, Alabama, where she grew up.

“I wanted to write a song that felt like a real love song about my relationship with myself,” Crutchfield says. “It just gave me a lot more clarity, which at first was quite difficult.”

In its true essence, “Saint Cloud” is an album about figuring yourself out. Crutchfield wrote the record immediately after deciding to stop drinking, and says it was her first album where she wrote with an intentional vision.

For years, Crutchfield says her excuse not to get sober was because of how substances influenced her writing. But doing away with those substances, she says, completely “cracked open” the experience.

The album tackles heavy themes while somehow remaining optimistic, and was universally loved by music critics. Rolling Stone ranked it the 7th best album of 2020, and Pitchfork named it 2nd. 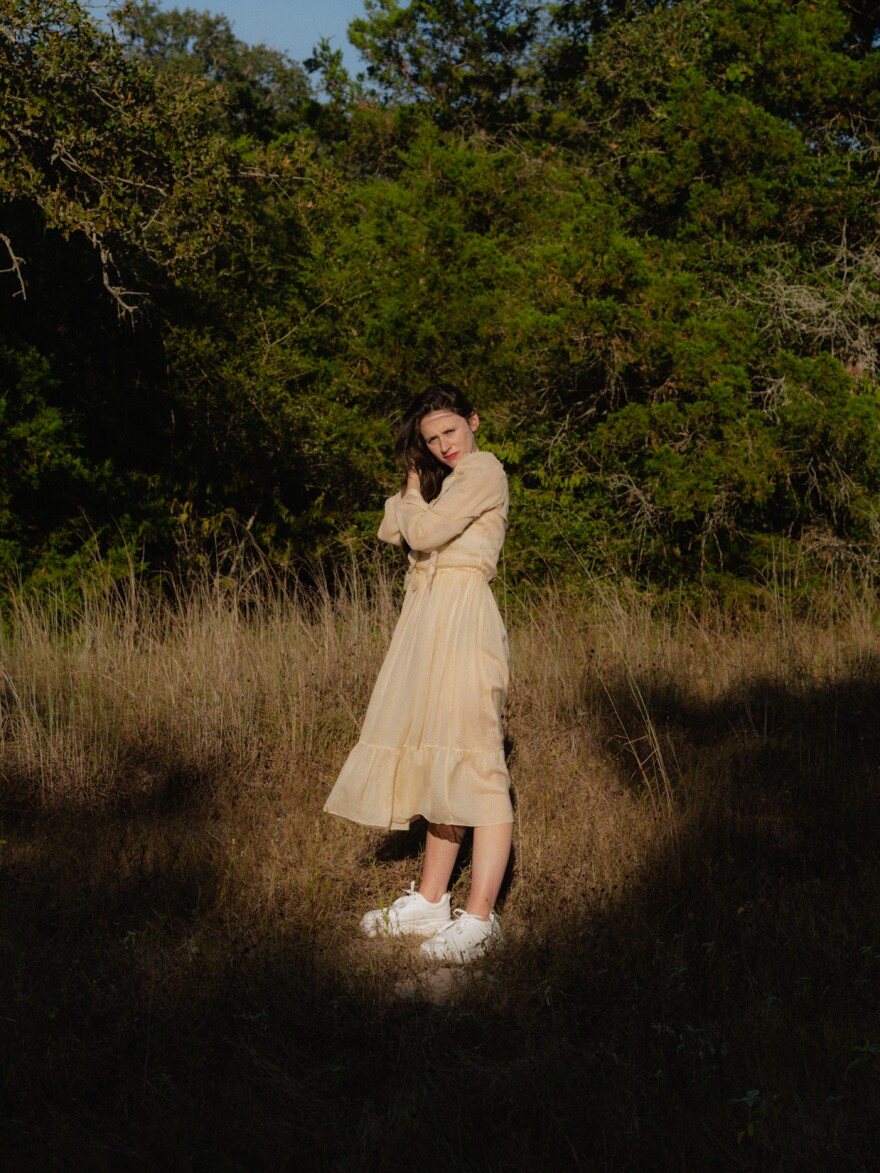 Katie Crutchfield took her band name from the beloved creek behind her childhood home in Birmingham, Alabama.

“It was a pivot for me creatively and it was a bit of a risk,” Crutchfield says. “I definitely felt the growth.”

One of her biggest influences for “Saint Cloud” was her songwriting hero, Lucinda Williams, whom Crutchfield got to interview right before the pandemic forced her to cancel her 2020 tour.

They ended up talking for almost four hours and going to dinner together, where they bonded over both coming from the South.

“In my early 20s… I always thought being Southern was something to be ashamed of and wasn’t cool,” Crutchfield admits. “But Lucinda embraced all the right things about it. Like, the Flannery O’Connor of it all.”

Crutchfield says she also struggled with imposter syndrome as a young musician. She thought every song she wrote was going to be her last, and that it was luck, not talent, that gave her the opportunity in the first place.

“It’s given me a little boost of confidence in my own intuition,” Crutchfield says. “That’s what I’ll take into the next record.”

Waxahatchee will perform at Knuckleheads in Kansas City on Tuesday, August 31. Her entire 2021 tour schedule is available online.

In a since-deleted tweet responding to a question about a potential contract extension for Kansas City Chiefs safety Tyrann Mathieu, Mathieu tweeted that he's "probably not" going to get a new deal in … END_OF_DOCUMENT_TOKEN_TO_BE_REPLACED

When the Kansas City Chiefs selected former Tennessee offensive lineman Trey Smith in the sixth-round, the pick was immediately labeled one of the biggest steals of the draft — and rightfully so. The … END_OF_DOCUMENT_TOKEN_TO_BE_REPLACED

KANSAS CITY, Mo. — A manhole left uncovered is the source of concern after a woman damaged her car in Kansas City. The single-car crash happened at 11th Street and Tracy Avenue during the busy … END_OF_DOCUMENT_TOKEN_TO_BE_REPLACED

Kansas City, Missouri's COVID-19 emergency order was set to expire at the end of the month. But Mayor Quinton Lucas made it clear Friday that private businesses can still set their own rules.Any … END_OF_DOCUMENT_TOKEN_TO_BE_REPLACED