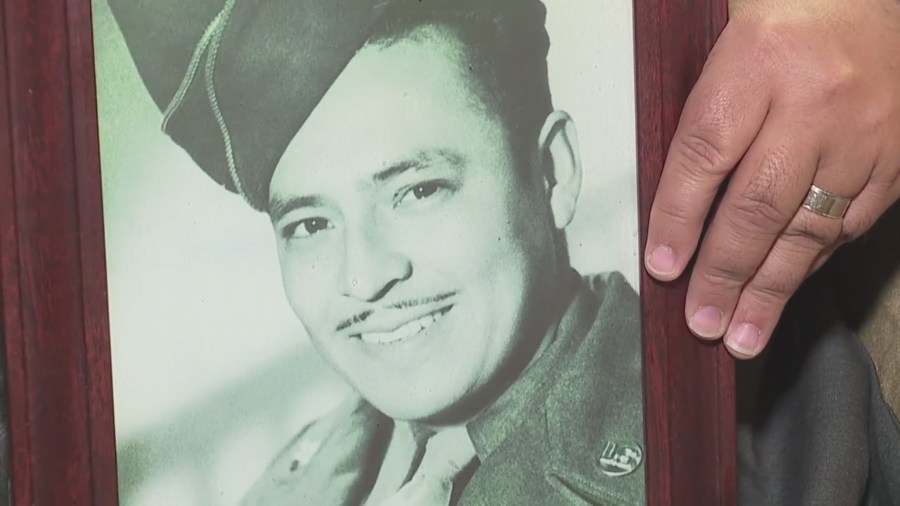 LEAVENWORTH, Kan. — An attorney who represents multiple veterans abused by a VA Hospital staff member is calling on Kansas’ U.S. Sen. Jerry Moran to hold a congressional hearing to investigate how it happened.

The man at center of the situation is Mark Wisner, a physician assistant at the VA Medical Center in Leavenworth, Kansas, from 2008-2014.

About 100 veterans have come forward to describe sexual abuse at his hands. Including this most recent settlement, the government has paid out almost $17 million for what’s described as the largest sexual abuse scandal in the history of the VA.

With nearly $7 million coming to eight clients, Thomas now has some time to reflect.

“This is my grandfather, Marguerito Garcia,” Thomas said, looking at a black and white military photo from the wall.

“He was a (prisoner of war) twice. He escaped two times. We have a lot of veterans in my family, myself included. These cases were personal to me,” Thomas said.

“The complaints started about Wisner back in about 2011, and they were made to multiple people in the VA hospital in Leavenworth,” Thomas said.

Wisner also “suggested to Plaintiff that he would withhold prescriptions for Plaintiff’s pain medications if Plaintiff did not allow the unnecessary genital examinations to occur,” court documents say.

Thomas also said he doesn’t think this settlement should be the end of it.

“The one thing they wanted that they didn’t get was an apology from their government. But they know now that their voice has been heard,” Thomas said.

“And frankly, the guys who I represented, they’re a lot like him,” Thomas said, holding the photo of his grandfather.

“As we got to know them and tell their story in court, they had incredible stories of courage, bravery and sacrifice that the average American can’t understand,” Thomas said.

Wisner still has about 12 years left on his prison sentence related to this situation. He was a physician assistant that Thomas said should not have been unsupervised.

Thomas said a congressional hearing is necessary to make sure this same thing doesn’t happen again.

The senator said he’s not satisfied that everything legislatively or administratively is happening to make sure veterans are getting high quality care — and that’s one reason why he’s introducing the bill, according to a news release.

Moran’s office also said that Thomas had not been in contact with the senator or his staff.

In a since-deleted tweet responding to a question about a potential contract extension for Kansas City Chiefs safety Tyrann Mathieu, Mathieu tweeted that he's "probably not" going to get a new deal in … END_OF_DOCUMENT_TOKEN_TO_BE_REPLACED

KANSAS CITY, Mo. — A manhole left uncovered is the source of concern after a woman damaged her car in Kansas City. The single-car crash happened at 11th Street and Tracy Avenue during the busy … END_OF_DOCUMENT_TOKEN_TO_BE_REPLACED

Kansas City, Missouri's COVID-19 emergency order was set to expire at the end of the month. But Mayor Quinton Lucas made it clear Friday that private businesses can still set their own rules.Any … END_OF_DOCUMENT_TOKEN_TO_BE_REPLACED

KANSAS CITY, MO (KCTV/AP) — All restrictions meant to slow the spread of the coronavirus were being rescinded as of midday Friday in Kansas City, Missouri, following guidance from the U.S. Centers for … END_OF_DOCUMENT_TOKEN_TO_BE_REPLACED