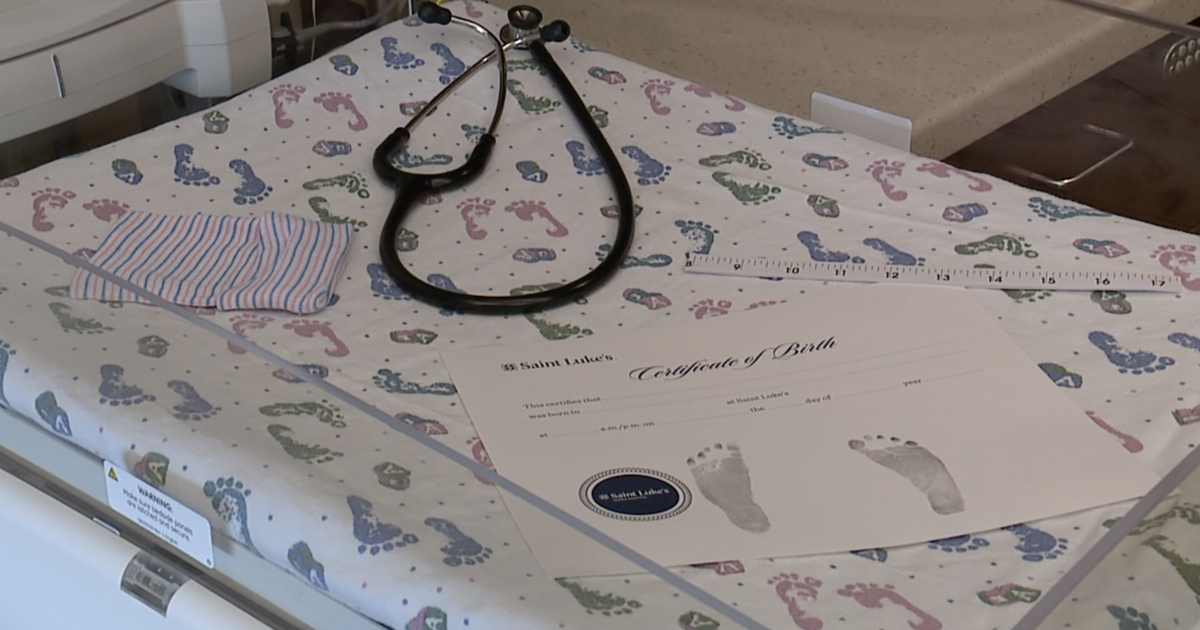 The Centers for Disease Control reported a 4% decline in the national birth rate last year, and the lowest number of total births since 1979.

It follows a trend that’s been happening for years, but 2020 saw the most drastic drop in more than a decade.

What’s unfolding is a social shift and changing family timeline – mothers are choosing to not have kids, or delaying pregnancies.

Ten years into being a mom, Karen Arokiasamy in Overland Park looked back on why she waited.

“We had Clark at 34, and honestly, my thought was, I’m either going to have kids young, but I’m probably not going to be super financially stable, which was kind of the thing I had seen through my whole life, or I’m going to wait a while,” she explained.

After becoming debt-free and establishing her career, she said she’s seeing similar circumstances among her fellow moms.

“I was a professional person for a decade and that went into almost until he turned two and then I was like, I feel like I’m missing things, so I decided to stay home and that, all of that has been a thing that I have seen among the group of women that I am in the same circle with. We waited. Some of us stayed home some of us continue to work but the majority of us are in our mid-40s with kids in elementary school,” Arokiasamy said.

The country’s recent birth rate decline has continued since 2008’s Great Recession, but it’s not just financial decisions behind the numbers. Social changes and delaying birth is also playing out nationally.

“We have a lot of moms over 35 and into their 40s that are having children, sometimes for the first time,” said Dr. Lori Kramer, an OBGYN at Saint Luke’s North Hospital.

One age group that’s seeing an even steeper decline in births is teenagers. Those birth rates dropped by 8% last year.

“We’re also seeing less unintended pregnancies because contraception is more available, and that goes down all the way to teens. I think we’ve seen a pretty high decrease in the teen rate of pregnancy just because teens can now have better access to contraception,” Kramer explained.

Karen Arokiasamy said she doesn’t have any misgivings about starting a family at a later age but does have one regret.

“I do regret that maybe I won’t get to see as much of his life as my parents have been able to see of mine. My grandmas, I think, were in their very early 20s when they had my parents and my parents were 24 when they had me, so a whole decade earlier,” she said.

As the country emerges from the pandemic, experts are keeping a close eye on data.

“It’s always something that we want to monitor in our population for economic reasons and so that we can support our population throughout everyone’s lifetimes, and also have an adequate labor force,” Kramer explained.

“You don’t have to be a parent to have a full life,” she added.

In a since-deleted tweet responding to a question about a potential contract extension for Kansas City Chiefs safety Tyrann Mathieu, Mathieu tweeted that he's "probably not" going to get a new deal in … END_OF_DOCUMENT_TOKEN_TO_BE_REPLACED

KANSAS CITY, Mo. — A manhole left uncovered is the source of concern after a woman damaged her car in Kansas City. The single-car crash happened at 11th Street and Tracy Avenue during the busy … END_OF_DOCUMENT_TOKEN_TO_BE_REPLACED

Kansas City, Missouri's COVID-19 emergency order was set to expire at the end of the month. But Mayor Quinton Lucas made it clear Friday that private businesses can still set their own rules.Any … END_OF_DOCUMENT_TOKEN_TO_BE_REPLACED

KANSAS CITY, MO (KCTV/AP) — All restrictions meant to slow the spread of the coronavirus were being rescinded as of midday Friday in Kansas City, Missouri, following guidance from the U.S. Centers for … END_OF_DOCUMENT_TOKEN_TO_BE_REPLACED