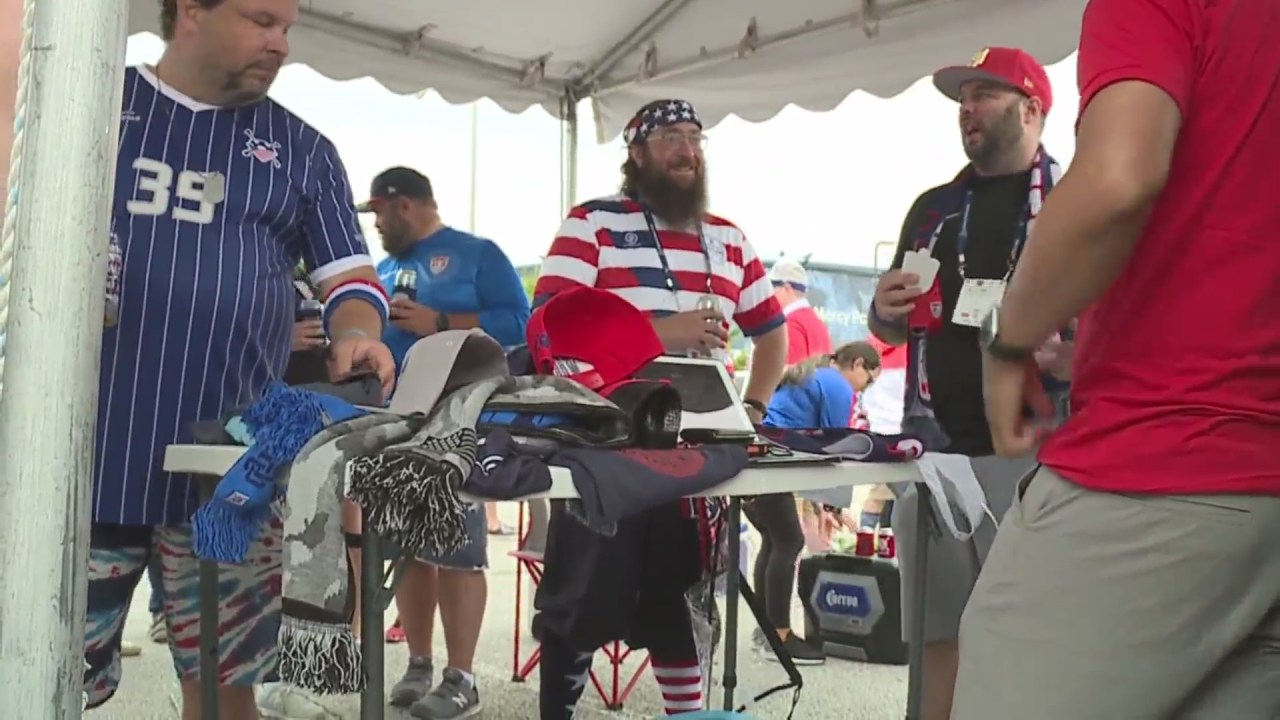 KANSAS CITY, Kan. (WDAF) – The US Men’s National Team secures the win in their first game of the Gold Cup. Soccer fans are known to keep up the energy in a professional match, especially when Kansas City scored the opportunity to host the Gold Cup. Now, they have a bigger goal in mind – the World Cup.

Donahoo runs a fan group for the US Soccer teams. They’ve got chapters across the country including one here in Kansas City.

People traveled from near and far to see the U.S. Men’s National Team play at Children’s Mercy Park.

They said it’s worth the drive to share food or cheers a beer with people who’ve become extended family.

“America’s playing,” Aaron Borunda said. “I had to come watch them.”

He drove two hours from Manhattan, KS to experience the Gold Cup.

This isn’t his first time at a big game.

“And that was a great atmosphere I absolutely loved it,” Borunda said. “So, I hope this one can at least beat it or match up with that.”

Fans are hoping to have that home field advantage for the upcoming World Cup, as well.

“I think it’s great for the city,” Fan Teresa Havens said. “It brings a lot of people here to see how great we are. I think it would be a great opportunity.”

“I would encourage anybody with a pulse who cares about soccer in this country and in this area to get involved and try to get it to come here,” Donahoo said. “It would be an awesome host.”

Leaders who want to see Kansas City as a venue in 2026 view this international tournament as an audition.

The Gold Cup Draws thousands of soccer fans to town to showcase the stadium, training facilities, hotels and restaurants. These are all things FIFA considers when choosing World Cup host cities.

Organizers of the effort to bring the 2026 World Cup to KC said it’s not just a benefit to our city, it will boost local economies throughout the Midwest. “We think the best way to put it in perspective is that getting world cup games here would be like getting five to seven super bowls in the space of a month. That’s the economic impact and magnitude,” Sporting KC, Dir. of Communications Kurt Austin said. “Probably the biggest event that Kansas City could ever host on the sports side. We are really excited to be in contention for that and hope to get it across the finish line.”

Leaders say that fans should know by this time next year if Kansas City is selected. There will also be 10 cities in the U.S. chosen to host the tournament in 2026, along with six other cities in Canada and Mexico.

In a since-deleted tweet responding to a question about a potential contract extension for Kansas City Chiefs safety Tyrann Mathieu, Mathieu tweeted that he's "probably not" going to get a new deal in … END_OF_DOCUMENT_TOKEN_TO_BE_REPLACED

KANSAS CITY, Mo. — A manhole left uncovered is the source of concern after a woman damaged her car in Kansas City. The single-car crash happened at 11th Street and Tracy Avenue during the busy … END_OF_DOCUMENT_TOKEN_TO_BE_REPLACED

Kansas City, Missouri's COVID-19 emergency order was set to expire at the end of the month. But Mayor Quinton Lucas made it clear Friday that private businesses can still set their own rules.Any … END_OF_DOCUMENT_TOKEN_TO_BE_REPLACED

KANSAS CITY, MO (KCTV/AP) — All restrictions meant to slow the spread of the coronavirus were being rescinded as of midday Friday in Kansas City, Missouri, following guidance from the U.S. Centers for … END_OF_DOCUMENT_TOKEN_TO_BE_REPLACED