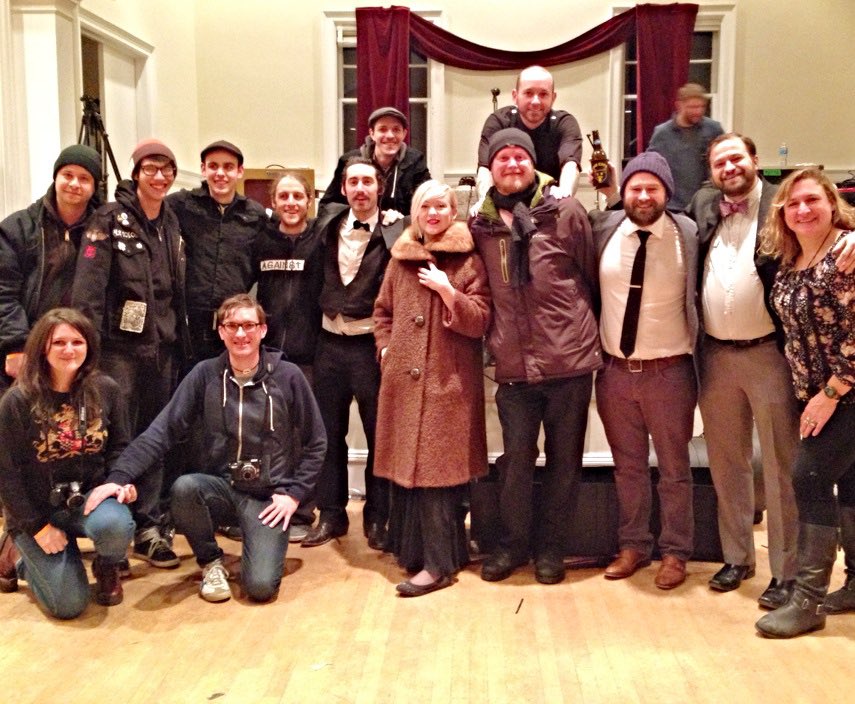 In April of last year, I spoke with longtime concert promoter Jacki Becker of Up to Eleven and Mammoth Productions about The National Independent Venue Association and how the Covid-19 shutdown affected the live music industry. While things are looking up, somewhat, with the passage of the Save Our Stages Act as part of the pandemic relief bill signed at the end of December, we’re still not back to normal, not by a long shot.

Becker reached out to the Pitch via Twitter to share this heartfelt declaration of all the things she misses about live music right now, and we felt like it might resonate with a whole lot of you out there. 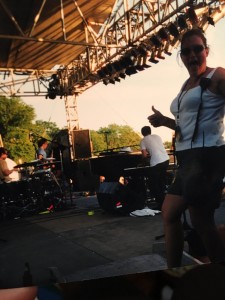 “It’s been over 330 days since my last booked and attended live concert. My phone last night autocorrected to love music. Yes, I do love music, but it’s live music that my thumbs should be typing and my phone should be recognizing.

As time trickles forward and we approach one full year without live music as we knew it, it’s all the small things I find I’m missing the most: that crazy surge of adrenaline when you get the call or email from an agent that your show is CONFIRMED, and then sharing with your team.

Day of show things I miss, like being given the tour walkie–aka the leash–at load in, actually peeling off a sticky pass, being asked repeatedly by friends, the venue and the opening act what the set times are, the sweet sweet static sound of a PA being cleared out, the rumble of black and silver road cases barging up a ramp.

Being able to say “doors are open” a few minutes early, poking my head in the box office and asking “have we walked anyone,” being radioed to deal with a ticket or guest list issue.

The art of finding the best spot to watch the show that day based on how many tickets sold. Hanging near the bar waiting for your friends who you put on the guest list to finally show up. Singing with tens or hundreds or thousands of people the “hit song” and then chanting, stomping, cell phone lighting, demand for an encore.

Then, as the work lights turn on, the masses of people gripping tour shirts, limited edition vinyl, autographed posters, a drum stick, a pick, a set list, surging out of the venue, leaving a stanky post-orgasm haze of sweat, confetti, glitter and booze for staff to broom and mop away until the next live show.

At the end of the night: making certain that front and center barricade super fan’s mom is really picking them up, triple-checking the fan who had a little too much fun’s friends are giving them a ride home, and making sure all the hands, riggers and electricians are ready to get loading out.

Little things like settling merch, or waiving merch for an opening act in exchange for a T-shirt or hoodie, then proudly wearing the tour shirt the next damn day. Seeing the van’s headlights pulling down the alley, hearing the sound of a semi’s engine revving up, and the shift and clack of a trailer being locked. These sounds letting their artist, who’s probably already on the bus, or down the street at the after party, know they are ready to be on the road again.

These tiny moving parts–be it equipment or people, which comprise a day in the life of live music–I continue to miss the most deeply. All the people who work so ridiculously hard, usually for not enough money, because they love, live, live music.

Please text, call, comment, DM anyone you know who has a part in our shuttered industry. Many have moved on, many are holding on, most are working currently for free, just trying to keep the magic, the irreplaceable world of live music beating.

If the sun refused to shine

I would still be loving you

Mountains crumble to the sea

There will still be you and me”

KANSAS CITY, Mo. — The environment, children and smoking are issues Vari Patel and three other teens from the Kansas City metro felt needed attention so people can live healthier lives. "And when … END_OF_DOCUMENT_TOKEN_TO_BE_REPLACED

KANSAS CITY, Mo. — Kansas City, Missouri, Mayor Quinton Lucas confirmed Monday not only that he’d been married earlier this month — but that he and his wife welcomed a baby boy, too. In a post to … END_OF_DOCUMENT_TOKEN_TO_BE_REPLACED

KANSAS CITY, Mo. — Kansas City, Missouri, leaders once again will look into renaming city streets in honor of Dr. Martin Luther King Jr. The city's Board of Parks and Recreation Commissioners will … END_OF_DOCUMENT_TOKEN_TO_BE_REPLACED