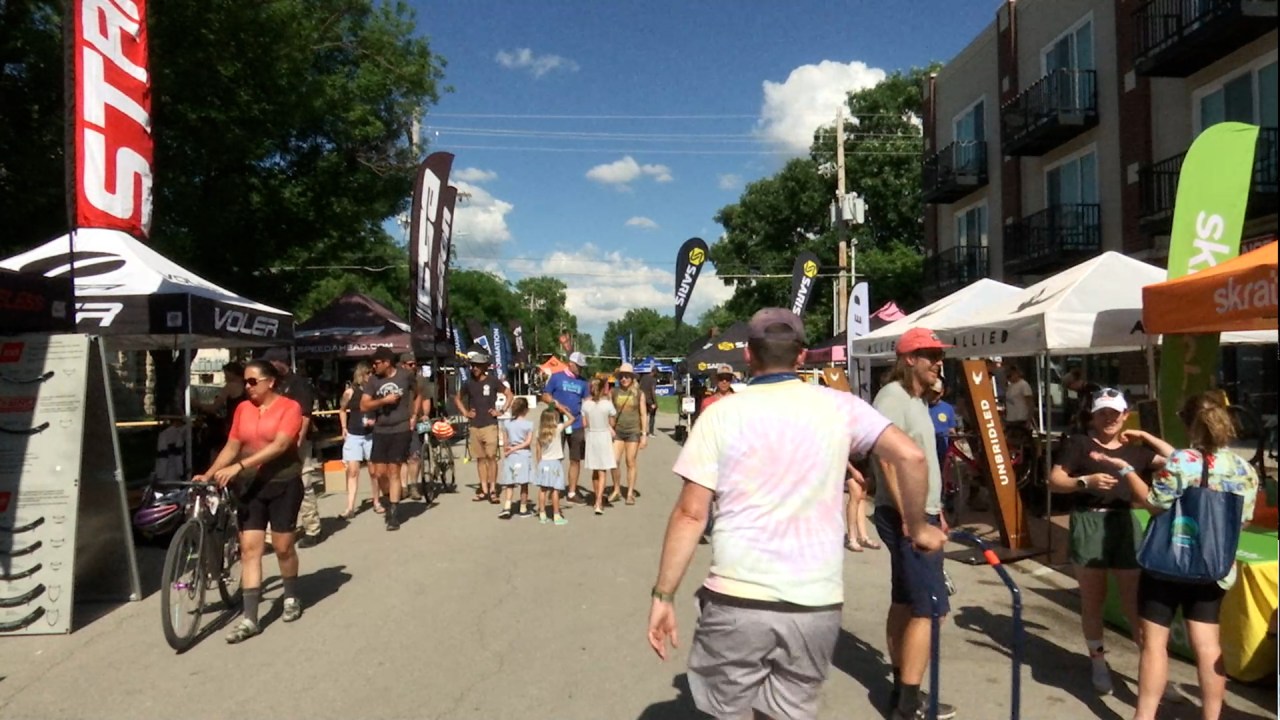 EMPORIA (KSNT)- The 2021 Unbound Gravel cycling race is going on this weekend in Emporia.

The race consist of 2,700 riders, who were selected to participate through the event’s lottery drawing.

Racers can choose from six different distances, ranging from 25 miles to 350 miles. The riders get to experience the Flint Hills.

“You get out here in the Flint Hills and it’s literally breathtaking and people’s expectations get blown away,” said Dan Hughes, a four time champion of the event.

Folks from 48 states and over 20 countries are gathering in Emporia for the race. That’s something local business owners don’t seem to mind.

“This is traditionally our busiest week of the year,” said Rick Becker, the owner of Mullready’s Pub in Downtown Emporia.

And when people come once, they often keep coming back.

“I was one of the first 34 to start in 2006 and I just love riding my gravel bike and have been back ever since,” said Hughes.

The event is something the community can get behind.

“The first year you had a few locals sprinkled in, you had a few people that were maybe an hour away. And I think a lot of the people that live here in Emporia were like ‘Man that’s really cool, I want to do that,’” said Hughes.

“It’s really created a closeness, especially downtown. Being a business owner downtown I love how all the businesses just work together,” said Becker.

You don’t have to be a cyclist to enjoy the event. Saturday’s festivities are for everyone.

“I tell people even if you don’t enjoy cycling, you don’t ride a bike, never been on a bike, it’s still amazing to come down here,” said Becker.

Saturday’s finish line party will include 22 food trucks and watch parties at five different locations in Downtown Emporia. This years race will be streamed on FloSports.

In a since-deleted tweet responding to a question about a potential contract extension for Kansas City Chiefs safety Tyrann Mathieu, Mathieu tweeted that he's "probably not" going to get a new deal in … END_OF_DOCUMENT_TOKEN_TO_BE_REPLACED

KANSAS CITY, Mo. — A manhole left uncovered is the source of concern after a woman damaged her car in Kansas City. The single-car crash happened at 11th Street and Tracy Avenue during the busy … END_OF_DOCUMENT_TOKEN_TO_BE_REPLACED

Kansas City, Missouri's COVID-19 emergency order was set to expire at the end of the month. But Mayor Quinton Lucas made it clear Friday that private businesses can still set their own rules.Any … END_OF_DOCUMENT_TOKEN_TO_BE_REPLACED

KANSAS CITY, MO (KCTV/AP) — All restrictions meant to slow the spread of the coronavirus were being rescinded as of midday Friday in Kansas City, Missouri, following guidance from the U.S. Centers for … END_OF_DOCUMENT_TOKEN_TO_BE_REPLACED