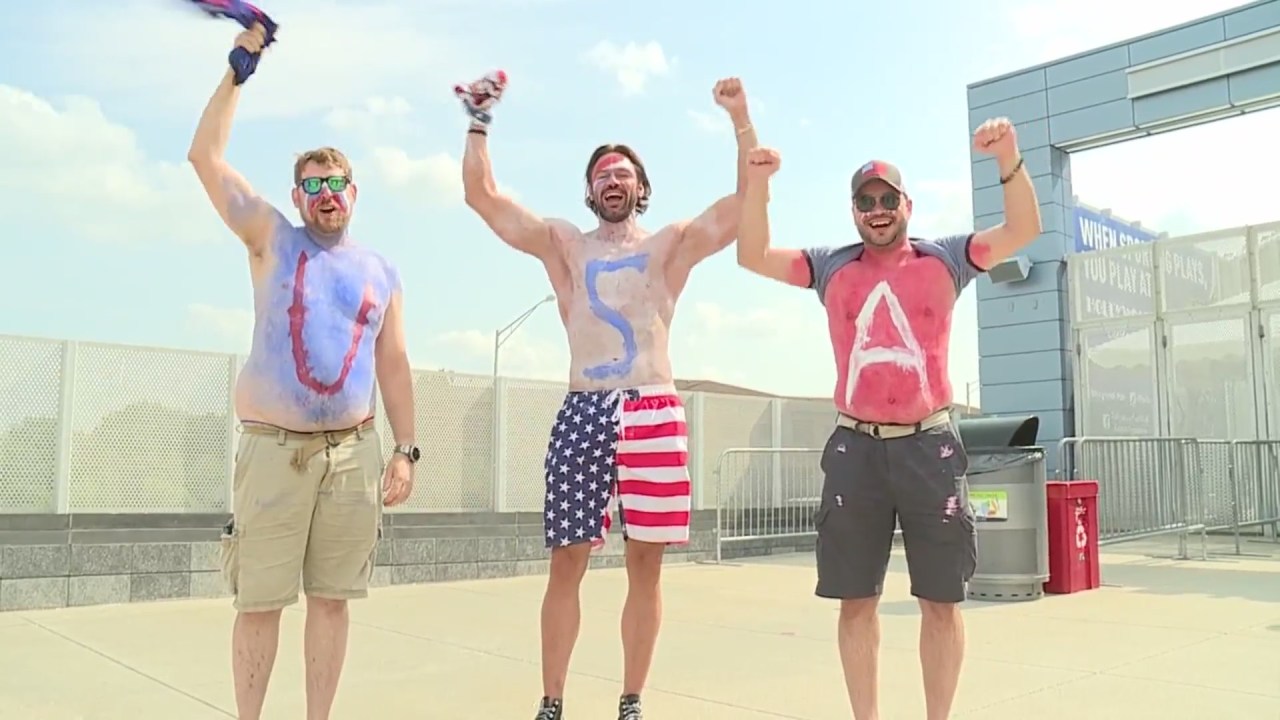 KANSAS CITY, Kan. (WDAF) – The U.S. Men’s National Team moves on in the CONCACAF Gold Cup. The Group Stage wrapped up Sunday at Children’s Mercy Park. USMNT got the win against Canada – winning 1-0.

The USA had a strong start — scoring in the first minute of the match!

Not what Jerome Duval and Will Burridge wanted to see. They’re from New Brunswick and Ontario.

“I think it is like a once in a lifetime opportunity,” Duval said. “I’ve been here for two weeks max.”

The pair are in the Canadian Army, but currently studying with the U.S. on Fort Leavenworth.

“Best allies in the world,” Duval said. “So, a Canada-USA game is going to be awesome.”

Allies on the battlefield face each other in the Gold Cup on the soccer field.

Their sponsor family thought it would be fun to play up the friendly competition.

“It’s like really cool timing that we got here and this is going on,” Burridge said, “and kind of fun to get a little international rivalry and have some fun.

But there weren’t enough Maple Leaves in the crowd for Canada. USA scored the win!
“Beat a local rival I guess,” Crystal Zamora said.

Former work friends reunited to see the USMNT in action.

“I drove 3 hours for the game,” Zamora said. “Ball’s always moving, the action’s always there and the talent is at a higher level in my mind for international sports.”

Another couple from Liberty witnessed the World Cup on their honeymoon in Brazil in 2014.

On Sunday, Tara Otterson and her husband brought their two kids to see the action – and hope the World Cup comes to Kansas City in 2026.

“We would love for them to have spot here and go to the game and the world cup here,” Otterson said.

Their son, 6-year-old Landon, aspires to be on the field one day to do his favorite thing, “scoring”.

The players don’t wear capes, but they take on the role as “heroes” in the eyes of kids and people who are young at heart.

“I like it. I used to play soccer when I was young,” Soccer Fan Fortino Fierro said. “I’m 75, but I’m still playing.”

Three generations in his family cheered on America Sunday. His daughter said it was a blessing to be together.

“We’re just grateful to be able to be here, be alive and be able to come to events as a family and enjoy things like we used to before the pandemic,” Cynthia Fierro said. The U.S. moves on to the Quarterfinals next week.

In a since-deleted tweet responding to a question about a potential contract extension for Kansas City Chiefs safety Tyrann Mathieu, Mathieu tweeted that he's "probably not" going to get a new deal in … END_OF_DOCUMENT_TOKEN_TO_BE_REPLACED

KANSAS CITY, Mo. — A manhole left uncovered is the source of concern after a woman damaged her car in Kansas City. The single-car crash happened at 11th Street and Tracy Avenue during the busy … END_OF_DOCUMENT_TOKEN_TO_BE_REPLACED

Kansas City, Missouri's COVID-19 emergency order was set to expire at the end of the month. But Mayor Quinton Lucas made it clear Friday that private businesses can still set their own rules.Any … END_OF_DOCUMENT_TOKEN_TO_BE_REPLACED

KANSAS CITY, MO (KCTV/AP) — All restrictions meant to slow the spread of the coronavirus were being rescinded as of midday Friday in Kansas City, Missouri, following guidance from the U.S. Centers for … END_OF_DOCUMENT_TOKEN_TO_BE_REPLACED