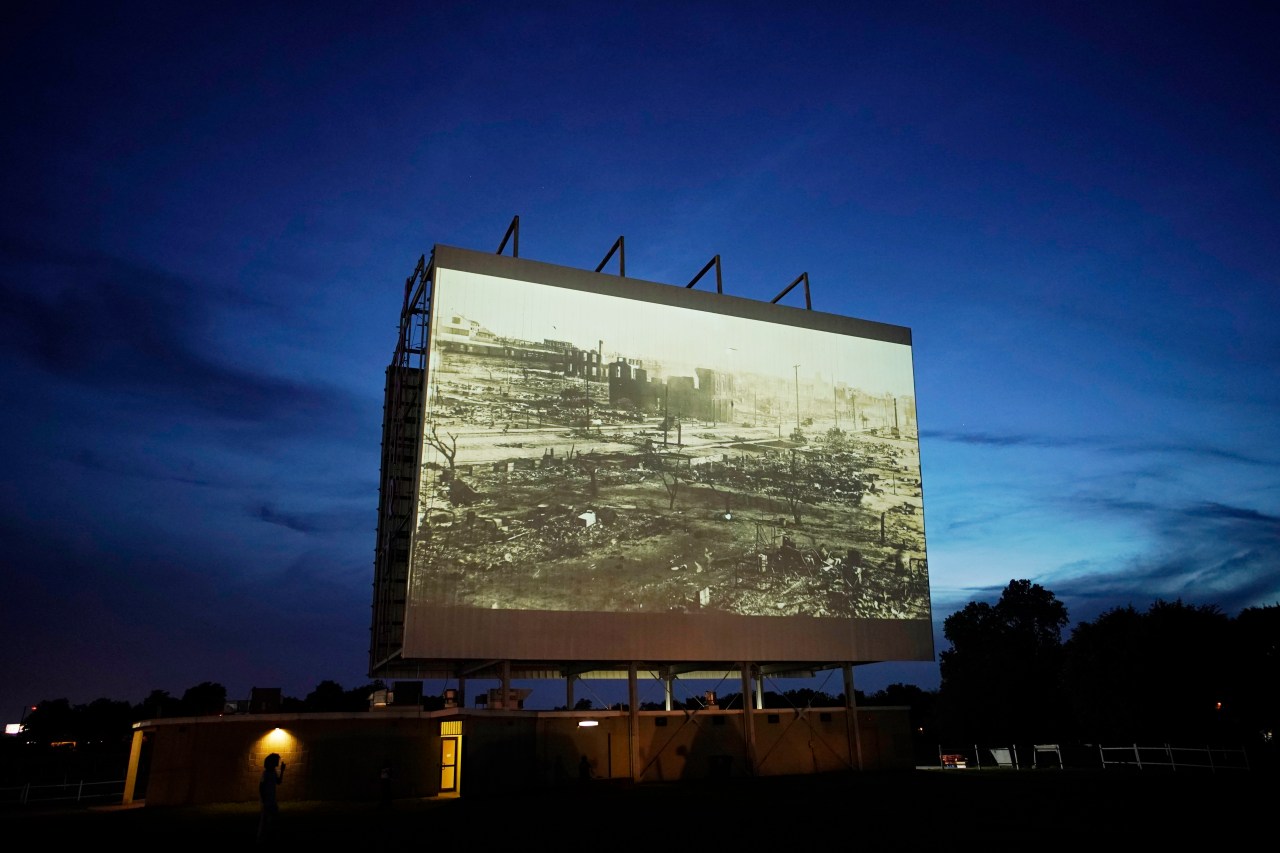 LOS ANGELES — Several documentary filmmakers — some backed by NBA superstars — are shedding light on the historically ignored Tulsa Race Massacre of 1921, one of the most horrific tragedies in American history.

LeBron James and Russell Westbrook are among those releasing documentaries based on the racially motivated massacre. The projects come during the 100th anniversary of the massacre in Greenwood, a Black-owned business district and residential neighborhood in Tulsa, Oklahoma.

Each documentary uniquely takes a deep dive into how the thriving Greenwood community — dubbed Black Wall Street because of the number of Black-owned businesses — was decimated in a two-day attack by a white mob. In the aftermath, at least 300 Black people were killed. More than a thousand homes were burned and others looted, leaving roughly 10,000 residents displaced and homeless and the Black business district destroyed.

“This has to do with African Americans systematically being run off their land with assets and property being destroyed,” said Stanley Nelson, who co-directed “Tulsa Burning: 1921 Race Massacre” with Marco Williams. Westbrook — who formerly played with the Oklahoma City Thunder — is an executive producer of the documentary airing Sunday on the History channel.

National Geographic, CNN and PBS will also debut documentaries. Another documentary, “Black Wall Street” is being distributed by Cineflix Productions, but no network has yet picked it up.

Nelson said all of the projects are much needed and important, especially with the commemoration of the massacre coming near the one-year anniversary of last year’s racial reckoning sparked by the death of George Floyd. (A former Minneapolis police officer has since been convicted of murdering Floyd.)

“I think the more the (Greenwood) story can be brought to light, the better,” said Nelson, an Emmy winner. “I’m sure that every film will be totally different. I think there’s a special timing here.”

Director Salima Koroma said the story should be told more than once. She pitched her Tulsa massacre documentary to some networks nearly five years ago, but drew no interest because she believes the “gatekeepers” weren’t ready to welcome the story.

‘All hell broke loose’: A look at Black Wall Street

Eventually, Koroma’s project found a home with James and Maverick Carter’s The SpringHill Company. She believes the Los Angeles Lakers superstar and Carter’s association played a major role in pushing the project forward.

“I just had to get it to the right gatekeepers,” said Koroma, director of “Dreamland: The Burning of Black Wall Street” which airs Monday on CNN and later streams on HBO Max.

“They see we have to tell Black stories,” she said. “Now everybody’s scrambling to tell it. Finally, tell these stories. I think that’s what’s happening.”

Some filmmakers said the story was a tough one to tell because much of the content doesn’t exist anymore.

“So how can you tell a feature documentary? … Now people are putting in the resources to do more than just the photos,” Koroma said. “You can do animation or graphics. It’s a tough one to tell. But with all our powers combined, we can tell this story.”

The Tulsa massacre story had been largely forgotten or unknown to some until HBO series “Watchmen” and “Lovecraft Country” shed light on the dark tragedy within the last two years. Courtney B. Vance and Angela Bassett’s production company recently signed a deal with MTV Entertainment Studios to produce a limited scripted series about the massacre.

Reporter DeNeen L. Brown, who appears in two documentaries, said all the projects chronicling the massacre are needed for educational purposes, since she says most of it was left out of textbooks, newspapers and periodicals from the library. The Oklahoma native said even her father — who is a pastor in Tulsa — never heard of the massacre until the late 1990s, when the Tulsa Race Riot Commission was formed.

“White survivors of the massacre stopped talking about it,” she said. “Black survivors only whispered about it, because there was a real fear among Black people that it could happen again, and it did in other places.”

As a curious child, Brown said she first learned about the massacre after reading about the history of enslaved Black people at school. She said the projects chronicling the massacre can be educational as well.

“It will become something that people and school children will learn about,” said Brown, a Washington Post reporter who has written more than 20 articles on the massacre. She interviewed the descendants of Greenwood residents and business owners in the PBS documentary “Tulsa: The Fire and the Forgotten,” which airs May 31.

Brown will be reporting on the search for mass graves in National Geographic’s “Rise Again: Tulsa and the Red Summer,” which premieres June 18. She said documentaries like hers need to be told just as much as the ones about the American Revolution, Civil War and World War I and II.

“(The Tulsa massacre) is not known to the larger community, certainly not known by white America,” said Jonathan Silvers, who worked with Brown as the director on the PBS documentary. “I think the Black American experience has been overshadowed. We white Americans have no idea. That historic violence does cast a very long shadow.”

In a since-deleted tweet responding to a question about a potential contract extension for Kansas City Chiefs safety Tyrann Mathieu, Mathieu tweeted that he's "probably not" going to get a new deal in … END_OF_DOCUMENT_TOKEN_TO_BE_REPLACED

KANSAS CITY, Mo. — A manhole left uncovered is the source of concern after a woman damaged her car in Kansas City. The single-car crash happened at 11th Street and Tracy Avenue during the busy … END_OF_DOCUMENT_TOKEN_TO_BE_REPLACED

Kansas City, Missouri's COVID-19 emergency order was set to expire at the end of the month. But Mayor Quinton Lucas made it clear Friday that private businesses can still set their own rules.Any … END_OF_DOCUMENT_TOKEN_TO_BE_REPLACED

KANSAS CITY, MO (KCTV/AP) — All restrictions meant to slow the spread of the coronavirus were being rescinded as of midday Friday in Kansas City, Missouri, following guidance from the U.S. Centers for … END_OF_DOCUMENT_TOKEN_TO_BE_REPLACED