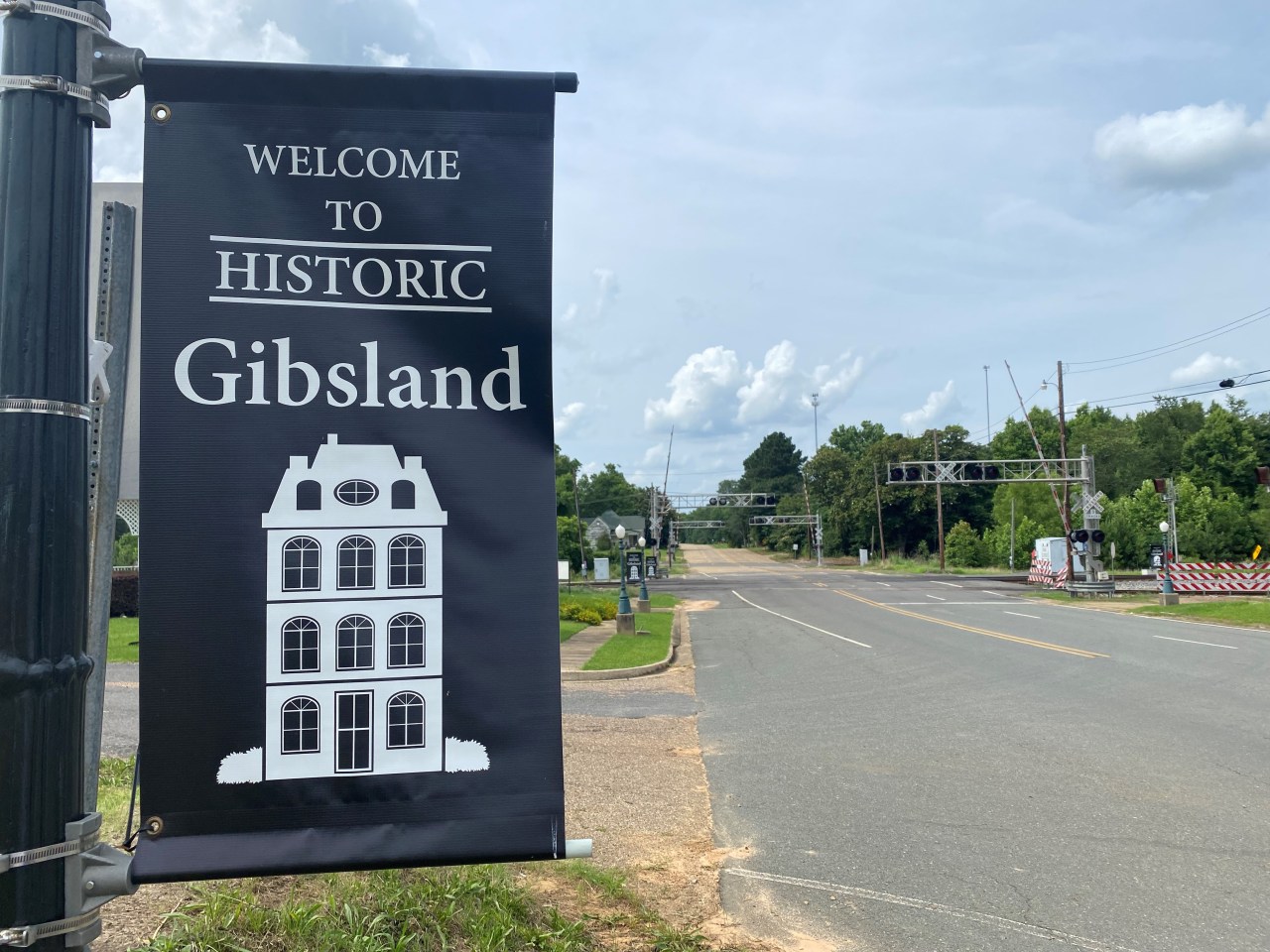 GIBSLAND, La. (KTAL/KMSS) – Residents of one Gibsland community are frustrated with what they say are regular and lengthy blockages to the only remaining way in and out, thanks to a dispute over repairs to a bridge along the alternate route.

“Some of the concerns we have here in our hometown is that the railroad companies would come through Gibsland, where they are only supposed to stop on the main tracks for no more than ten minutes, however, it has been documented that they have been on the tracks anywhere from 30 to 45 minutes,” said Vanessa Leggett, who used to live in the Blue Goose community and still has family there.

Residents used the Sparta Street bridge, also known as the Blue Goose bridge, just a few miles down the road from the crossing as an alternate route until it was closed for repairs a few years ago. It has remained closed as a disagreement between the city and Kansas City Southern over who is responsible for fixing it drag on.

“The people that live in that neighborhood, since the bridge is in disrepair, if the train is across the track they can’t get in and out of this town.”

Tommie Curry says the train travels up and down the tracks daily, all too often when he’s trying to get home from work.

“We got to sit out there until like 2 o’clock or three in the morning and the train still there. I would just leave my car and walk home sometimes.”

While that is a major inconvenience, the even bigger concern is the potential life and death consequences of a poorly timed blockage. Leggett says it has happened before.

“When the ambulance got there they had to wait. By the time they were able to get over into Gibsland to get to the gentleman’s home he was deceased.”

“I think about all of our community, the people that live down there in Blue Goose and myself,” said Curry. “We all kinda sickly and if somebody gets sick, the ambulance can’t come down in there.”

Gibsland Mayor Ray Ivory, Sr. says they have been working with the Louisiana Department of Transportation to determine exactly what needs to be done to reopen the bridge, but he says the town is in no financial position to take ownership and repair it.

“Nobody is doing anything to do anything to fix that bridge,” said another frustrated resident, William Lathon, Jr. “And it makes it much easier for the people who live over there to get out and come over here and catch 80 and wherever they have to go. It would be much easier if that bridge was repaired.”

Mayor Ivory said he is working to set up a meeting with KCS next week and will update citizens with those details.

Stay up to date with the latest news and weather by downloading the Arklatexhomepage News App from the App Store or Google Play.

In a since-deleted tweet responding to a question about a potential contract extension for Kansas City Chiefs safety Tyrann Mathieu, Mathieu tweeted that he's "probably not" going to get a new deal in … END_OF_DOCUMENT_TOKEN_TO_BE_REPLACED

KANSAS CITY, Mo. — A manhole left uncovered is the source of concern after a woman damaged her car in Kansas City. The single-car crash happened at 11th Street and Tracy Avenue during the busy … END_OF_DOCUMENT_TOKEN_TO_BE_REPLACED

Kansas City, Missouri's COVID-19 emergency order was set to expire at the end of the month. But Mayor Quinton Lucas made it clear Friday that private businesses can still set their own rules.Any … END_OF_DOCUMENT_TOKEN_TO_BE_REPLACED

KANSAS CITY, MO (KCTV/AP) — All restrictions meant to slow the spread of the coronavirus were being rescinded as of midday Friday in Kansas City, Missouri, following guidance from the U.S. Centers for … END_OF_DOCUMENT_TOKEN_TO_BE_REPLACED