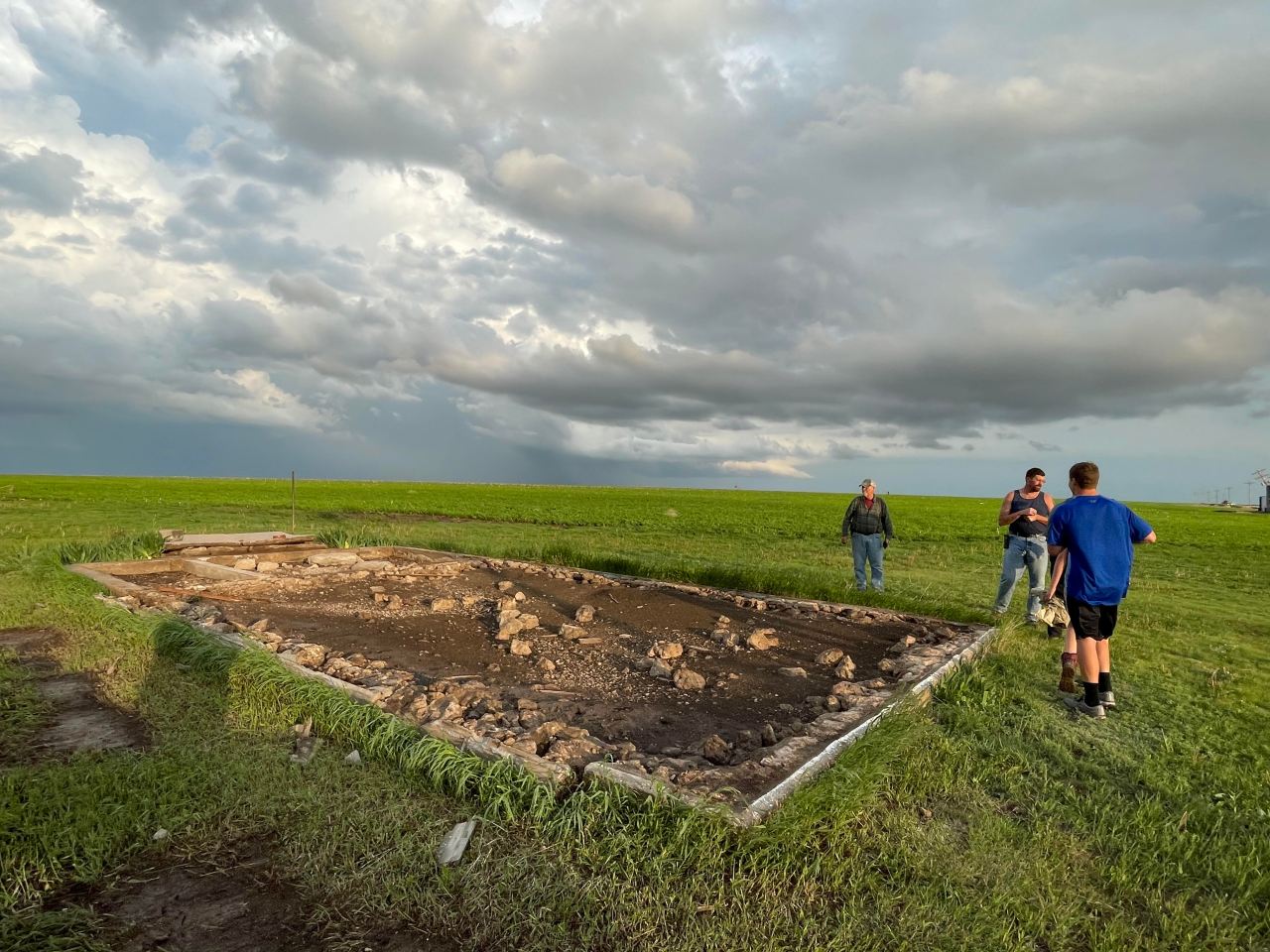 RAWLINS COUNTY — Kansas communities are recovering after multiple thunderstorms and tornado warnings from Wednesday, KSN reported. One tornado did a lot of damage in Rawlins County, and it destroyed a historic schoolhouse.

“That structure was actually built in 1898,” said Gary Kasten while talking about the historic schoolhouse. Kasten and his family own the land the Walsh schoolhouse sat on. His sister, June Hesterman, said it was one of two one-room schoolhouses that were left standing in the county.

Back in 2014, the family refurbished the schoolhouse, but Wednesday’s tornado wiped away their countless hours of work.

“That building is gone, it was removed from the foundation, and we hauled the remnants (Thursday),” Kastens said. “It’s pretty devastating, the power of a tornado is just unbelievable to me.”

Lenexa officers kicked in hotel door and were met with gunfire, police say

On Thursday, the family picked up the pieces. The tornado also damaged their farmstead.

“Just a lot of debris scattered, debris was picked up for well over a half a mile from the farmstead,” said Gary Kasten. “So, there’s still a lot to do,” he explained.

The National Weather Service says although the tornado was destructive, its path kept the damage to a minimum.

“It went over a lot of fields and even unplanted fields as well,” Ryan Husted, Warning Coordination Meteorologist with National Weather Service in Goodland, said. “It could have been a lot worse had this gone through a town, sort of like what we saw for Selden.”

The school is gone but the community spirit remains.

“Under the worst circumstances our small communities come together and really take care of each other,” Husted said.

“They just take a day out of their schedule their busy schedule and come out, which we really appreciate,” Kastens said.

The family has no plans to rebuild the Walsh Schoolhouse. Although, they have been able to salvage a few pieces. Hesterman says they might possibly put them in a museum.

In a since-deleted tweet responding to a question about a potential contract extension for Kansas City Chiefs safety Tyrann Mathieu, Mathieu tweeted that he's "probably not" going to get a new deal in … END_OF_DOCUMENT_TOKEN_TO_BE_REPLACED

KANSAS CITY, Mo. — A manhole left uncovered is the source of concern after a woman damaged her car in Kansas City. The single-car crash happened at 11th Street and Tracy Avenue during the busy … END_OF_DOCUMENT_TOKEN_TO_BE_REPLACED

Kansas City, Missouri's COVID-19 emergency order was set to expire at the end of the month. But Mayor Quinton Lucas made it clear Friday that private businesses can still set their own rules.Any … END_OF_DOCUMENT_TOKEN_TO_BE_REPLACED

KANSAS CITY, MO (KCTV/AP) — All restrictions meant to slow the spread of the coronavirus were being rescinded as of midday Friday in Kansas City, Missouri, following guidance from the U.S. Centers for … END_OF_DOCUMENT_TOKEN_TO_BE_REPLACED