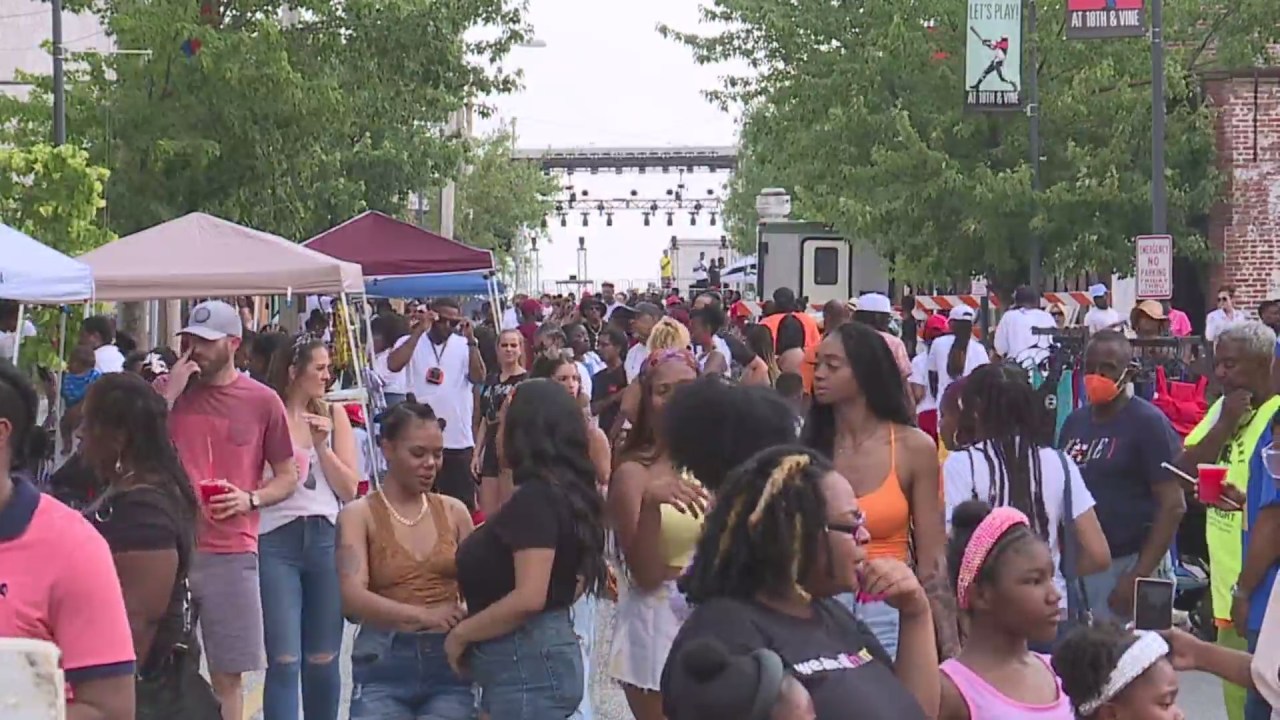 KANSAS CITY, Mo. — Thousands of people gathered on Saturday in the historic 18th and Vine District to celebrate the nation’s newest holiday, Juneteenth.

June 19, 1865 marks the days enslaved African Americans in Galveston, Texas learned that they were free.

“I feel great to see all my people coming together for us and to support,” Jolynn Arnold, who was celebrating Juneteenth, said.

In Kansas City, the Juneteenth celebration was nothing new. Since 1980, people gathered at 18th and Vine to commemorate the special day.

“So, to be able to come together happily and express happiness with each other is a blessing after so much downfall,” Delia King told FOX4.

Kansas City Mayor Lucas, 10 other US mayors pledge to pay reparations for slavery

The streets were lined with local vendors and artists, including 11-year-old, Terrase Ray.

“We sell lanyards and wristlets with lip gloss, chap stick and a charm,” Ray said.

Her father, Terrell Ray, said the celebration was the perfect opportunity for his daughter to promote her business and learn about Juneteenth.

“Just to be around the culture, be around her heritage and see how people interact, see how they come together and the meaning of Juneteenth as well,” Ray said.

Even though Juneteenth celebrations in Kansas City aren’t new, people said they hope the special day now becoming a federal holiday is a sign of better times.

“Today shows that our community is back even after COVID, even after everything that we went through in the past year,” Jalen Anderson, Jackson County Legislator 1st District At-Large, said.

In a since-deleted tweet responding to a question about a potential contract extension for Kansas City Chiefs safety Tyrann Mathieu, Mathieu tweeted that he's "probably not" going to get a new deal in … END_OF_DOCUMENT_TOKEN_TO_BE_REPLACED

KANSAS CITY, Mo. — A manhole left uncovered is the source of concern after a woman damaged her car in Kansas City. The single-car crash happened at 11th Street and Tracy Avenue during the busy … END_OF_DOCUMENT_TOKEN_TO_BE_REPLACED

Kansas City, Missouri's COVID-19 emergency order was set to expire at the end of the month. But Mayor Quinton Lucas made it clear Friday that private businesses can still set their own rules.Any … END_OF_DOCUMENT_TOKEN_TO_BE_REPLACED

KANSAS CITY, MO (KCTV/AP) — All restrictions meant to slow the spread of the coronavirus were being rescinded as of midday Friday in Kansas City, Missouri, following guidance from the U.S. Centers for … END_OF_DOCUMENT_TOKEN_TO_BE_REPLACED