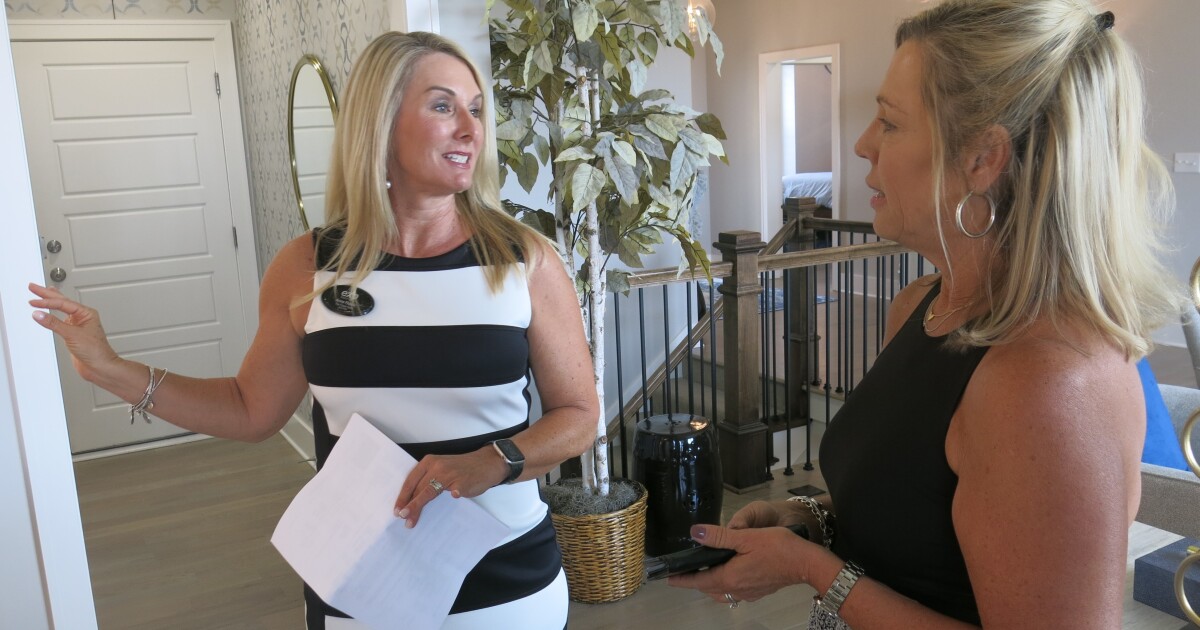 For many people, developing dementia can be a terrifying prospect, and experts warn that within the next few decades, the United States will face a surge in cases due to its aging population.

A newly approved drug to treat Alzheimer’s disease has raised hopes for a treatment, despite incomplete evidence that it improves symptoms. But a growing body of research suggests that exercise, sleep and other behaviors may be powerful preventive tools, even for people who are genetically predisposed to the disease.

“Maybe it does run in your family, because there’s a few of these risk genes that are in there, but they are not deterministic,” says dementia researcher Dr. Erik Musiek of Washington University in St. Louis. “They don’t mean you are definitely going to get the disease. So potentially you could fight against that by making changes in your daily habits.”

When Anne Fraser of Overland Park, Kansas, was 45, her busy life was suddenly interrupted when she recognized that both of her parents were struggling with dementia.

Fraser was living in Tucson, Arizona, at the time, but after she noticed that her parents’ memory lapses had given way to personality changes, she decided to move her family back to her suburban Kansas hometown and become a full time caretaker for her mom and dad.

“I was changing diapers, bathing them, showering them, picking out their clothes for them,” Fraser says. “I’d let them do what I could do, but my mom could stand in front of her closet for an hour and not figure out how to pick an outfit.”

Fraser cared for her parents for three years until they both died just a few months apart in 2012. Autopsies revealed that her mother had Alzheimer’s disease and her father had vascular dementia, in which mini-strokes affect brain function.

After taking some time to recover, Fraser moved back to the workforce. She now works in real estate with her husband, Mark.

Before long, however, Fraser began noticing that she was forgetting people’s names and drawing blanks on names of everyday objects. In social situations, she tried to laugh off these episodes, but she was sometimes overwhelmed, including at a work event where her memory lapses led to jokes at her expense.

“I literally excused myself and I left, and I cried all the way home,” Fraser says. “That’s when it becomes real, is when you start figuring out that I don’t have control over that all the time. What do I need to do to get control over it?”

Fraser sought help from doctors and initial testing appeared to confirm some of her fears.

On a Montreal Cognitive Assessment, used to screen for dementia, she scored 24 out of 30 points, suggesting mild cognitive impairment. An at-home genetic test showed that she carries the APOE-e4 gene, indicating she was at higher risk for developing Alzheimer’s disease.

Alzheimer’s disease can slowly degrade memory over years or decades, but Fraser’s doctors suggested that changes in her lifestyle might help with the memory issues that had already appeared.

She adopted a Mediterranean-like diet, reduced her stress by seeking help at work and rearranged her schedule to sleep a full eight hours every night.

Fraser, a self-described “people pleaser” in a demanding and unpredictable line of work says she struggled with the shift in priorities at first.

“I used to say it’s selfish, but it’s not,” Fraser says. “(If) people are staying late at our house, I will say, ‘I love you all, but I got to go to bed.’ Trying to really set those boundaries and be unapologetic about it.”

Musiek, who leads the Musiek Lab at Washington University and works as a clinician at Barnes-Jewish Hospital, explains that treating patients with memory problems typically starts by addressing lifestyle issues, which can often turn out to be root causes of at least some of their challenges.

Musiek says addressing issues such as poor sleep, mental health and medication side effects can often improve memory and allow for a better understanding of a patient’s cognitive baseline.

Mild cognitive impairment can also be a common issue among older people and may not related to significant disease.

Although the number of people with Alzheimer’s disease in the U.S. is expected to grow to 14 million within the next four decades, largely due to increasing numbers of older people, dementia rates have been falling in recent decades, a phenomenon researchers credit to improvements in health care and treatment of conditions like high blood pressure.

A 2020 study commissioned by the Lancet medical journal found that 40% of dementia cases could be delayed or prevented by changes in lifestyle.

Lack of sleep is also believed to increase risk, according to Musiek, whose own research has explored the links between circadian clocks and cognitive decline.

African Americans and Hispanics are at higher risk for developing dementia, and women are also considered to be at higher risk than men because they generally live longer.

Despite the FDA’s recent approval of Aduhelm, which has not conclusively been shown to reduce cognitive symptoms in people with Alzheimer’s, there is still no proven cure for the disease.

Musiek says benefits of lifestyle changes also appear to be much more limited for people who have already developed the disease. But the evidence suggests the toll can be reduced if people take preventive steps earlier in their lives.

“My advice is to people that don’t have it yet: now’s your chance to lower your risk,” Musiek says. “Once you have it, it’s hard.”

Anne Fraser says that about a month after changing her sleep, diet and approach to stress, she began to notice marked improvements in her memory.

On a more recent Montreal Cognitive Assessment, she scored a full 30 out of 30 points, indicating no memory impairment.

She’s also become actively involved in promoting Alzheimer’s awareness and education, and she recently hosted a gala to support the Alzheimer’s Association.

Still, the possibility of developing Alzheimer’s looms large in her thoughts, and she’s been making plans with her family how to cope if the disease appears.

For now, she’s staying optimistic and taking comfort in the victories she’s achieved.

“It’s almost like you wake up, and you realize how much it was affecting you that you didn’t even realize,” Fraser says. “I think that’s the scariest part of it all is that sometimes you don’t realize how much you’ve lost until you get it back.”

In a since-deleted tweet responding to a question about a potential contract extension for Kansas City Chiefs safety Tyrann Mathieu, Mathieu tweeted that he's "probably not" going to get a new deal in … END_OF_DOCUMENT_TOKEN_TO_BE_REPLACED

KANSAS CITY, Mo. — A manhole left uncovered is the source of concern after a woman damaged her car in Kansas City. The single-car crash happened at 11th Street and Tracy Avenue during the busy … END_OF_DOCUMENT_TOKEN_TO_BE_REPLACED

Kansas City, Missouri's COVID-19 emergency order was set to expire at the end of the month. But Mayor Quinton Lucas made it clear Friday that private businesses can still set their own rules.Any … END_OF_DOCUMENT_TOKEN_TO_BE_REPLACED

KANSAS CITY, MO (KCTV/AP) — All restrictions meant to slow the spread of the coronavirus were being rescinded as of midday Friday in Kansas City, Missouri, following guidance from the U.S. Centers for … END_OF_DOCUMENT_TOKEN_TO_BE_REPLACED