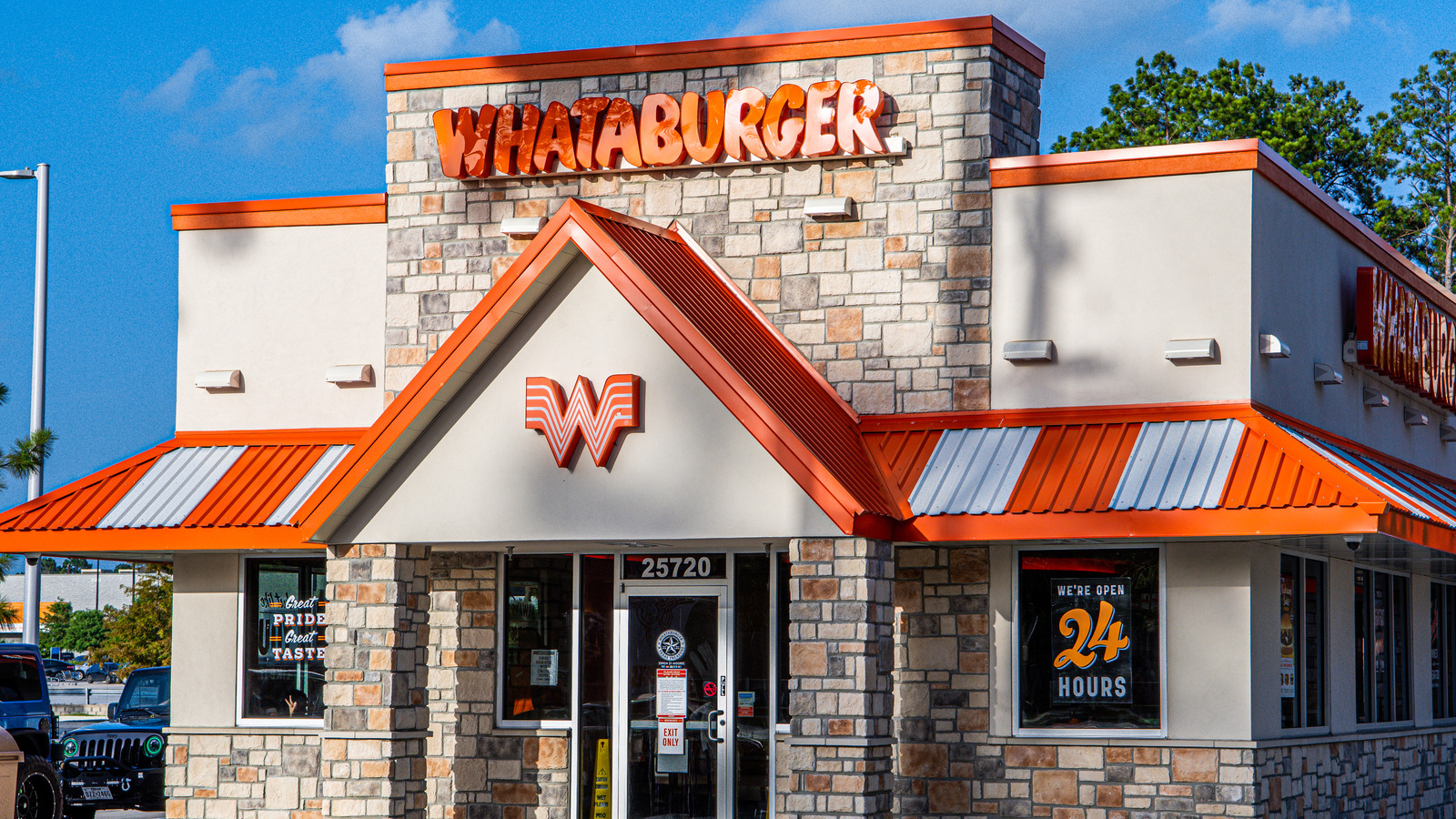 Per Restaurant Business Online, Kansas City Chiefs quarterback Super Bowl LIV MVP Patrick Mahomes is going to help bring the Whataburger franchise to Kansas and Missouri. While you won’t see the footballer flipping burgers — at least not unless it is part of a marketing campaign — Mahomes has joined a group of investors, aptly named KMO Burger, who are planning to open 30 Whataburgers, from Wichita, Kansas to St. Joseph, Missouri. Mahomes shared via a statement that this is a gift to his fans, saying, “I love Kansas City and I love Whataburger. I’m excited to help bring a gift from my first home to my second home.”

Per KTLV, this isn’t the first time Mahomes has openly expressed his love for his Texas-based fast food chain. Back in 2018 during a press conference, Mahomes was not shy about sharing his favoritism for Whataburger’s ketchup. According to Chiefswire, the quarterback revealed he put the condiment on his mac and cheese, causing an avalanche of ketchup companies to vie for Mahomes’s attention. Heinz even offered him a lifetime supply of ketchup, tweeting, “Hey @patrickmahomes5, you give us 57 touchdowns, we’ll give you Heinz on your steak for life.” But no dice. Mahomes only has eyes for Whataburger ketchup, and his commitment to bringing the franchise to his team’s state can only be labeled as an act of true love.

If you have actually thought of coming to be a qualified nursing assistant, but do not know if it corrects for you, the following list of main reasons to get into nursing might aid you make a … END_OF_DOCUMENT_TOKEN_TO_BE_REPLACED

In a since-deleted tweet responding to a question about a potential contract extension for Kansas City Chiefs safety Tyrann Mathieu, Mathieu tweeted that he's "probably not" going to get a new deal in … END_OF_DOCUMENT_TOKEN_TO_BE_REPLACED

KANSAS CITY, Mo. — A manhole left uncovered is the source of concern after a woman damaged her car in Kansas City. The single-car crash happened at 11th Street and Tracy Avenue during the busy … END_OF_DOCUMENT_TOKEN_TO_BE_REPLACED

Kansas City, Missouri's COVID-19 emergency order was set to expire at the end of the month. But Mayor Quinton Lucas made it clear Friday that private businesses can still set their own rules.Any … END_OF_DOCUMENT_TOKEN_TO_BE_REPLACED