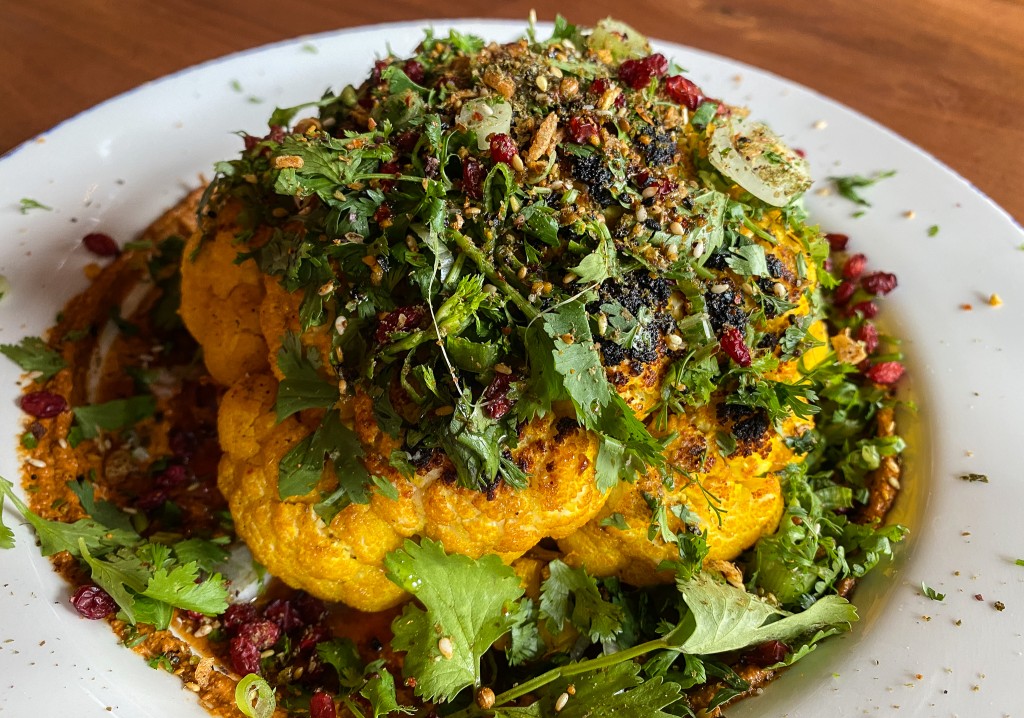 Restaurateurs Andy Lock and Domhnall Molloy along with their Culinary Director, Po Wang, continue stacking the bricks of their local restaurant empire. The Summit Group, which owns Summit Grill, South of Summit Taqueria, Pearl Tavern, and Boru Asian Eatery, is prepping for the official opening of the second location of Third Street Social, the date of which was announced yesterday. The new restaurant, located at 5031 Main Street, will be open for business at 11 a.m. on Wednesday, July 28. The original Lee’s Summit location will not change.

If you’re familiar with Summit Grill, Third Street Social has a similar vibe, featuring approachable fare like crispy fried half chickens, smash burgers, cornmeal-fried Missippi catfish with remoulade sauce, pork belly burnt ends, and a lot more. The bar has a whiskey focus but the cocktail menus are designed to appeal to all tastes and the beer selection is extensive.

What may be most notable about Summit Group’s newest opening is, well…it’s enormous. The 6,500 square-foot restaurant (formerly the home of Nick and Jake’s) can seat an astounding 315 guests between its dining room and its large patio, plus overflow and private dining areas on the second floor. This may very well make it the largest restaurant in the city. I, at least, haven’t been able to find a dedicated restaurant (not an event space) with a larger capacity, even among the giant buffets in Overland Park.

None of this is a criticism, just a wide-eyed observation. If anyone has shown that they have a dialed-in formula for successful high-volume restaurants, it’s these guys. This location also has a great patio, per my recall from the Nick and Jake’s days,

Also worth checking out: Extra Virgin makes a big change

James Beard award-winning chef Michael Smith has a bit of a restless spirit. If you’ve ever talked with him, you’ll know he talks fast, is full of ideas, and, of course, loves food. It’s hard to believe that he opened Extra Virgin (1900 Main Street) along with his namesake restaurant Michael Smith about 14 years ago. It’s remained one of the Crossroads’ most popular restaurants, with a busy patio overlooking all of the (significant) changes to the neighborhood in that time.

The restaurant is feeling extra fresh lately though, in part to a menu overhaul that moves the restaurant from a place that specializes in on-trend Spanish tapas plates to one that is decidedly more Mediterranean. The new menu incorporates flavors from Europe, East Africa, and the Middle East. According to a press release, during the pandemic-related closures, Smith was struck by the need to update the offerings at Extra Virgin, which remained largely the same since it opened in 2007. “It was time,” he says, “for a menu makeover.”

Guests can choose from dishes like roasted feta served with fresh grilled pita, roasted sumac-dusted chicken thighs with seasonal vegetables, fire-grilled swordfish skewers, and much more. (The cauliflower dish pictured above alone is worth a visit). A couple of things that have remained constant are the extensive wine list curated by Master Sommelier Nancy Smith, and the popular daily and happy hour specials.

This weekend: Fox & Pearl turns two, and is throwing a party to celebrate

Another James Beard nominee, chef Vaughn Good, along with his wife and business partner Kristine Hull, can officially mark Fox & Pearl‘s (2143 Summit Street) second birthday this summer. They’ve definitely hit lots of peaks and valleys in those two years: the James Beard nod, Esquire Magazine picking the restaurant as one of its top ten in the country, and then COVID-19. The restaurant has fully embraced summer this year though, with lots of parking lot parties and the advent of Good’s sister project, Night Goat BBQ.

This Sunday, July 25, it’s a birthday parking lot party with tacos, drinks, and a live DJ. The event begins at 5 p.m., and no tickets or reservations are required. Check out their menu below, and then go give them a mazel. 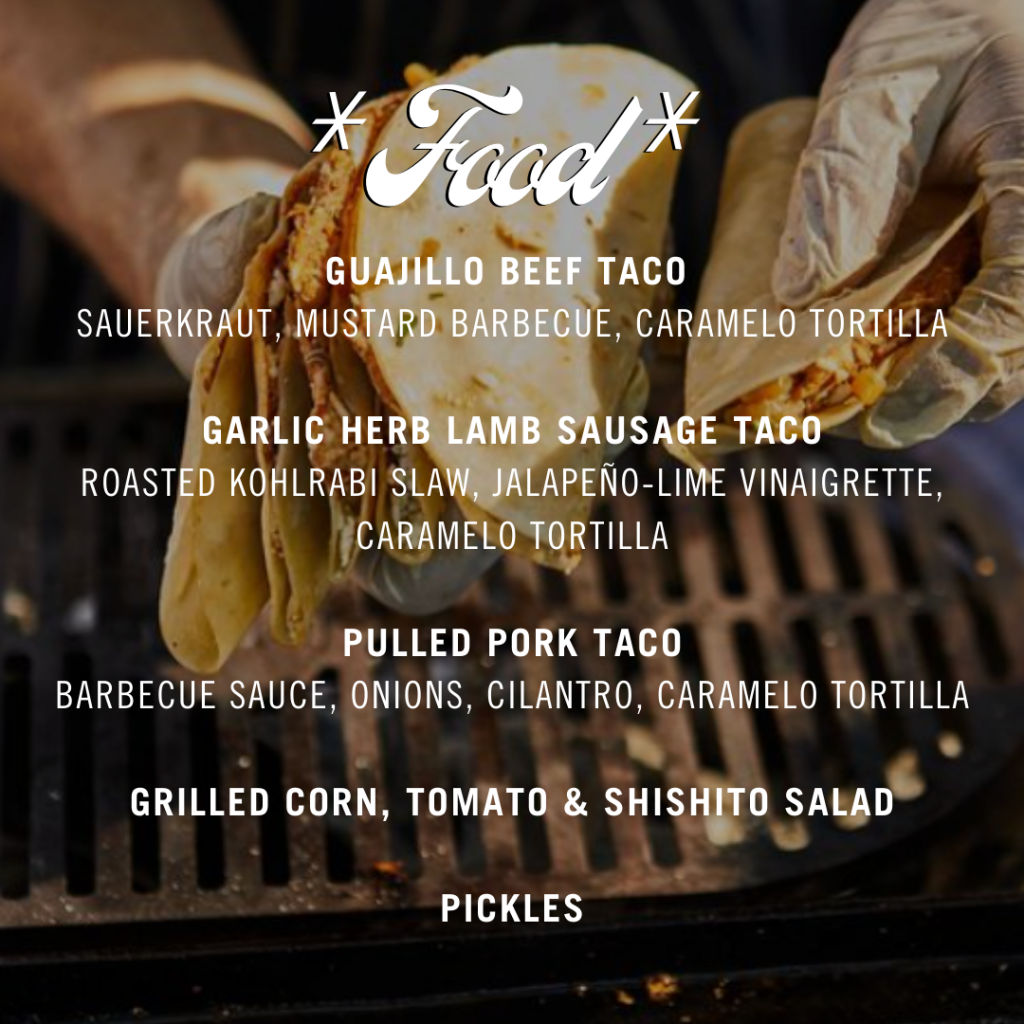 Have news for us? Send us an email!

In a since-deleted tweet responding to a question about a potential contract extension for Kansas City Chiefs safety Tyrann Mathieu, Mathieu tweeted that he's "probably not" going to get a new deal in … END_OF_DOCUMENT_TOKEN_TO_BE_REPLACED

KANSAS CITY, Mo. — A manhole left uncovered is the source of concern after a woman damaged her car in Kansas City. The single-car crash happened at 11th Street and Tracy Avenue during the busy … END_OF_DOCUMENT_TOKEN_TO_BE_REPLACED

Kansas City, Missouri's COVID-19 emergency order was set to expire at the end of the month. But Mayor Quinton Lucas made it clear Friday that private businesses can still set their own rules.Any … END_OF_DOCUMENT_TOKEN_TO_BE_REPLACED

KANSAS CITY, MO (KCTV/AP) — All restrictions meant to slow the spread of the coronavirus were being rescinded as of midday Friday in Kansas City, Missouri, following guidance from the U.S. Centers for … END_OF_DOCUMENT_TOKEN_TO_BE_REPLACED