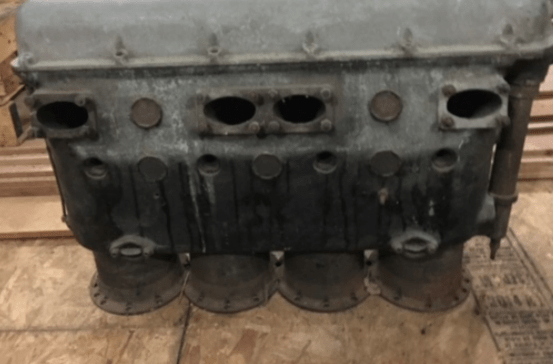 KANSAS CITY, Mo. — Kansas City police hope someone can lead them to a stolen truck and some rare WWI airplane motors.

Investigators said Robert Visser of Austin, Texas, was hauling the motors to Minnesota. He stopped at the Hampton Inn near I-35 and 152 Highway Tuesday night. When he walked out the next morning, his 2006 Ford 350 diesel truck was gone.

“It contained two World War I aircraft motors for which I have spent the better part of 35 years collecting parts to complete,” Visser said. “Only a few were manufactured in about 1917-1918 by Wright Martin. … They simply cannot be replaced at any cost.”

Detectives believe the truck was stolen between 1 a.m. and 9:30 a.m. Wednesday. They’ve checked websites and with local scrap dealers, but so far haven’t found the motors or Visser’s truck.

Visser told police he doesn’t think the thief has any idea what the motors are, or what they’re worth.

If you see the black F350 with Texas plates BH69369, or know anything about the crime, call the TIPS Hotline at 816-474-TIPS. Police say there is a reward offered in this case.

In a since-deleted tweet responding to a question about a potential contract extension for Kansas City Chiefs safety Tyrann Mathieu, Mathieu tweeted that he's "probably not" going to get a new deal in … END_OF_DOCUMENT_TOKEN_TO_BE_REPLACED

KANSAS CITY, Mo. — A manhole left uncovered is the source of concern after a woman damaged her car in Kansas City. The single-car crash happened at 11th Street and Tracy Avenue during the busy … END_OF_DOCUMENT_TOKEN_TO_BE_REPLACED

Kansas City, Missouri's COVID-19 emergency order was set to expire at the end of the month. But Mayor Quinton Lucas made it clear Friday that private businesses can still set their own rules.Any … END_OF_DOCUMENT_TOKEN_TO_BE_REPLACED

KANSAS CITY, MO (KCTV/AP) — All restrictions meant to slow the spread of the coronavirus were being rescinded as of midday Friday in Kansas City, Missouri, following guidance from the U.S. Centers for … END_OF_DOCUMENT_TOKEN_TO_BE_REPLACED