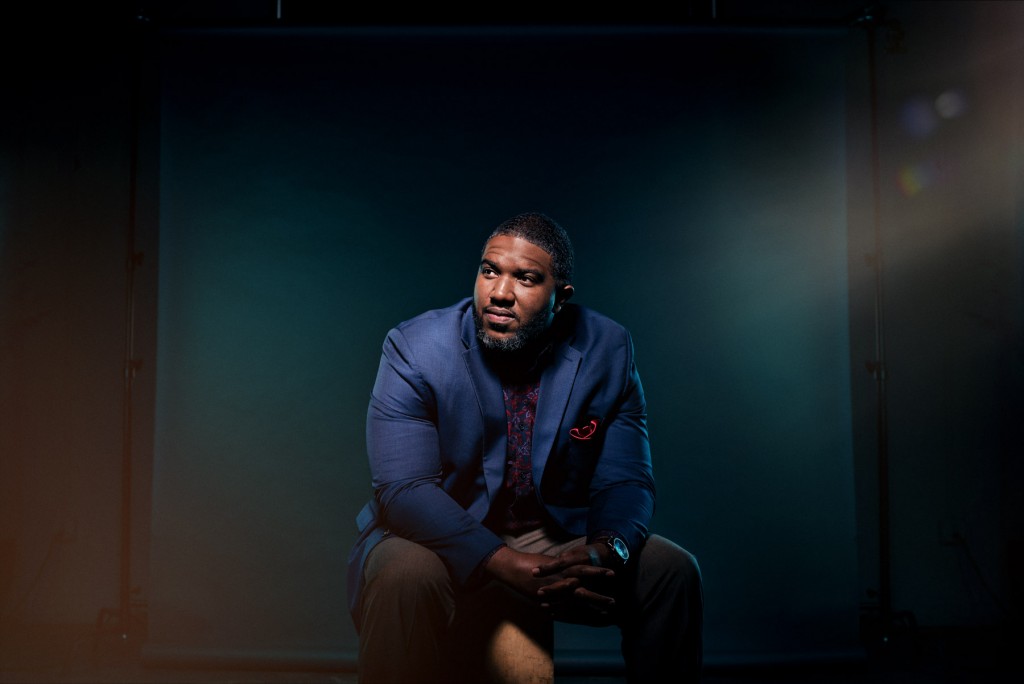 In the start-up world, a good business idea is something that can take years to cultivate and produce. Or you can just be Bryan Shannon. That seems to be working out.

If you aren’t in the local entrepreneur scene, you probably don’t know the name. The 37-year-old St. Louis born CEO and author is completely happy with his name remaining unknown. Yes, a foreign idea in steep contrast to our current age of maximum exposure and constant self-promotion. However, one lesson that Shannon learned from a mentor early in his journey was that true power is yielded from the shadows, and it is from the darkness that Shannon has built an empire in Kansas City.

Shannon left college at UMKC with a business degree, but also a massive pile of traffic tickets from the campus parking authority. Combining that education and experience of having to deal with the tedious task of managing his traffic violations, led Shannon to the idea of creating TicketRX LLC in 2015. Initially, the company and its technology started as a platform to help average drivers resolve traffic issues. In his time working within the field, Shannon came upon the realization “for any common driver a traffic violation can be an inconvenience, but for someone who drives for a living it can mean their jobs.” Much to his surprise, he unknowingly discovered a practical application for his technology within the trucking field. The company technology was able to do in seconds what other companies would take days to accomplish. For someone in the trucking field, a couple of days could mean a lot of money for a driver.

Here in the U.S., truckers are held to a strenuous point system called a C.S.A. Score (Compliance, Safety, and Accountability) which carriers that employ drivers use as something like a credit. For a driver attempting to keep a pristine record for better employment opportunities, it is unfortunate to receive an out of state ticket while commuting multiple trips between states. They would be required to fight for the ticket to be removed from their record. As TicketRX made the pivot into this new arena, a competitor spotted them out and a bidding war ensued within the top two companies—both within the field which caters to the driving records of the countless members of the trucking industry. Within two years of starting his business, Shannon was able to have one of the most spectacular and unexpected entrepreneurial exits from a Kansas City startup in recent years. 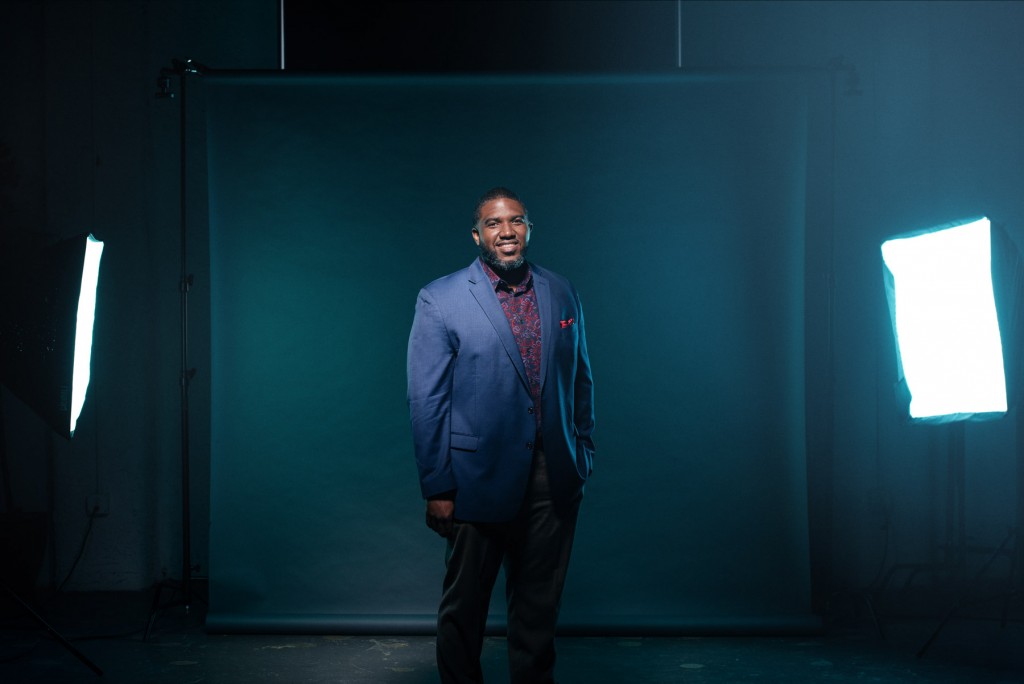 Even though the story of TicketRX LLC from genesis to wrap spanned only the course of a couple years, Shannon’s journey was neither easy nor a pleasant one, to say the least. He recounts his earlier days courting mentors in the business field and the difficulties making contact.

“Those individuals that I reached out to would say to you that they reached a point where they knew I wasn’t going anywhere. I was so resilient at calling, emailing, and talking to a friend of a friend for an introduction,” he says.

Shannon credits his determination to being able to build a core group of mentors. They were established, legitimate businessmen who recognized the hunger in Shannon and took him seriously. As most individuals in business or any field that requires a great deal of time and dedication, any time given is an investment. Fortunately, Shannon was able to find local mentors from all backgrounds.

Though a busy man and constantly short on time, Shannon never declines a request to listen to a young entrepreneur going through the struggle of getting their idea off the ground. According to the new mogul, “I have to know that person is serious because you live and die by who you stand next to. Brand equity is extremely important to me because you are either building your brand or your brand is demising.”

Even though he has seen a vast amount of success at such a young age, Shannon has no intentions of stopping and coasting on past accomplishments. “There is never this point where you have officially arrived. There is always a next step, or next level, the next thing you have to do,” he says. Shannon will now tackle the role of first time author as he is scheduled to release his book Bootstrap to Exit. Shannon credits books like The Alchemist by Paulo Coelho and The Four Agreements by Don Miguel Ruiz for providing invaluable tools along his journey and the power of literature to shape minds. Kansas City has seen its fair increase in the number of Black and minority small business owners in the metro area. Considering the lack of mentors, Shannon hopes his book will be a much-needed resource within the urban core.

Shannon truly sees the importance of legacy. While helping the next generation of up-and-coming entrepreneurs in the community arise is important, nothing gets higher priority than his role as a father and husband. The Shannon family is at no loss for business-minded individuals. While Shannon pursued his dream, his wife, LaCrecia Shannon used her experience as the backbone of the household to author her own book, The Real Life of a CEO Wife. Even three of their children have gotten in on the act that Shannon calls the “highlight” of his life so far. In the spirit of good old fashion American ingenuity, the kids ripped the stuffing from their stuffed animals and packed it into their own self-made paper figures that they dubbed “stuffies.” Their father watched as they set up a table in the driveway to sell their creations.

“I’m just gonna be honest, I didn’t expect them to sell anything,” jokes Shannon. To his surprise, these “pieces of paper with cotton” began to sell out on the block.

Shannon recounts a line from Jay-Z: “I would rather die enormous, than live dormant.” He is living it in himself, and he can see the influence in all those around him.

Through fearless hunger, bold risk, and humble dedication, Shannon has ended up becoming a figurehead of the Black entrepreneurial sphere in KC. He chooses to work from the shadows, and despite his many personal successes, this path may be his most important role yet.

In a since-deleted tweet responding to a question about a potential contract extension for Kansas City Chiefs safety Tyrann Mathieu, Mathieu tweeted that he's "probably not" going to get a new deal in … END_OF_DOCUMENT_TOKEN_TO_BE_REPLACED

KANSAS CITY, Mo. — A manhole left uncovered is the source of concern after a woman damaged her car in Kansas City. The single-car crash happened at 11th Street and Tracy Avenue during the busy … END_OF_DOCUMENT_TOKEN_TO_BE_REPLACED

Kansas City, Missouri's COVID-19 emergency order was set to expire at the end of the month. But Mayor Quinton Lucas made it clear Friday that private businesses can still set their own rules.Any … END_OF_DOCUMENT_TOKEN_TO_BE_REPLACED

KANSAS CITY, MO (KCTV/AP) — All restrictions meant to slow the spread of the coronavirus were being rescinded as of midday Friday in Kansas City, Missouri, following guidance from the U.S. Centers for … END_OF_DOCUMENT_TOKEN_TO_BE_REPLACED