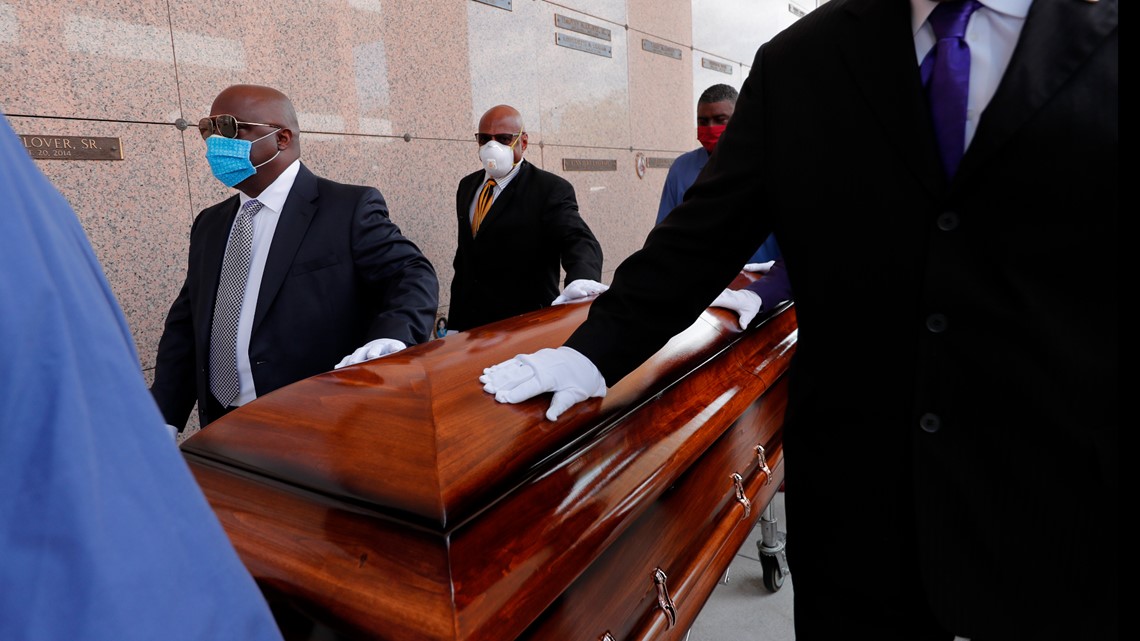 A year into the pandemic began, around 498,000 people died – roughly the population of Kansas City, Missouri, and just under the size of Atlanta.

The USA stood on Sunday on the verge of a once unthinkable record: 500,000 people lost to the corona virus.

A year into the pandemic began, around 498,000 people died – roughly the population of Kansas City, Missouri, and just under the size of Atlanta. The number compiled by Johns Hopkins University surpasses the number of people who died in 2019 from chronic lower respiratory diseases, stroke, Alzheimer’s disease, flu, and pneumonia.

“It’s nothing we’ve been through in the 102 years since the 1918 pandemic influenza,” said the country’s leading infectious disease expert, Dr. Anthony Fauci, on CNN’s State of the Union.

The US virus death toll hit 400,000 on Jan. 19 during the faltering tenure of President Donald Trump, whose management of the crisis has been classified as a unique failure by public health experts.

RELATED: Dr. Fauci: Americans could potentially have to wear masks by 2022

RELATED: Cloris Leachman died of a stroke and had COVID-19, the coroner says

Joyce Willis of Las Vegas is among the countless Americans who have lost family members during the pandemic. Her husband Anthony Willis died on December 28th, followed by her mother-in-law in early January.

There were anxious calls from the intensive care unit when her husband was hospitalized. She couldn’t see him before he died because she too had the virus and couldn’t visit him.

“They’re gone. Your loved one is gone, but you’re still alive,” said Willis. “It’s like you have to get up every morning. You have to look after your children and make a living. There’s no getting around that. You. You just have to go on. “

Then came a nightmare scenario where she looked after her father-in-law, dealt with grief, arranged funerals, paid bills, helped her kids navigate online school, and figure out how to get back to work as an occupational therapist.

Her father-in-law, a Vietnam vet, also contracted the virus. He also suffered from breathing problems and died on February 8th. The family is unsure whether COVID-19 contributed to his death.

“Some days I’m fine and other days I feel strong and I can do it,” she said. “And on other days it just hits me. My whole world is upside down.”

The global death toll approached 2.5 million, according to Johns Hopkins.

While the count is based on numbers provided by government agencies around the world, the real death toll is believed to be significantly higher, partly due to inadequate testing and cases that were inaccurately attributed to other causes early on .

Despite efforts to deliver coronavirus vaccines, the US death toll will exceed 589,000 by June 1, according to a widely used University of Washington model.

In a since-deleted tweet responding to a question about a potential contract extension for Kansas City Chiefs safety Tyrann Mathieu, Mathieu tweeted that he's "probably not" going to get a new deal in … END_OF_DOCUMENT_TOKEN_TO_BE_REPLACED

KANSAS CITY, Mo. — A manhole left uncovered is the source of concern after a woman damaged her car in Kansas City. The single-car crash happened at 11th Street and Tracy Avenue during the busy … END_OF_DOCUMENT_TOKEN_TO_BE_REPLACED

Kansas City, Missouri's COVID-19 emergency order was set to expire at the end of the month. But Mayor Quinton Lucas made it clear Friday that private businesses can still set their own rules.Any … END_OF_DOCUMENT_TOKEN_TO_BE_REPLACED

KANSAS CITY, MO (KCTV/AP) — All restrictions meant to slow the spread of the coronavirus were being rescinded as of midday Friday in Kansas City, Missouri, following guidance from the U.S. Centers for … END_OF_DOCUMENT_TOKEN_TO_BE_REPLACED