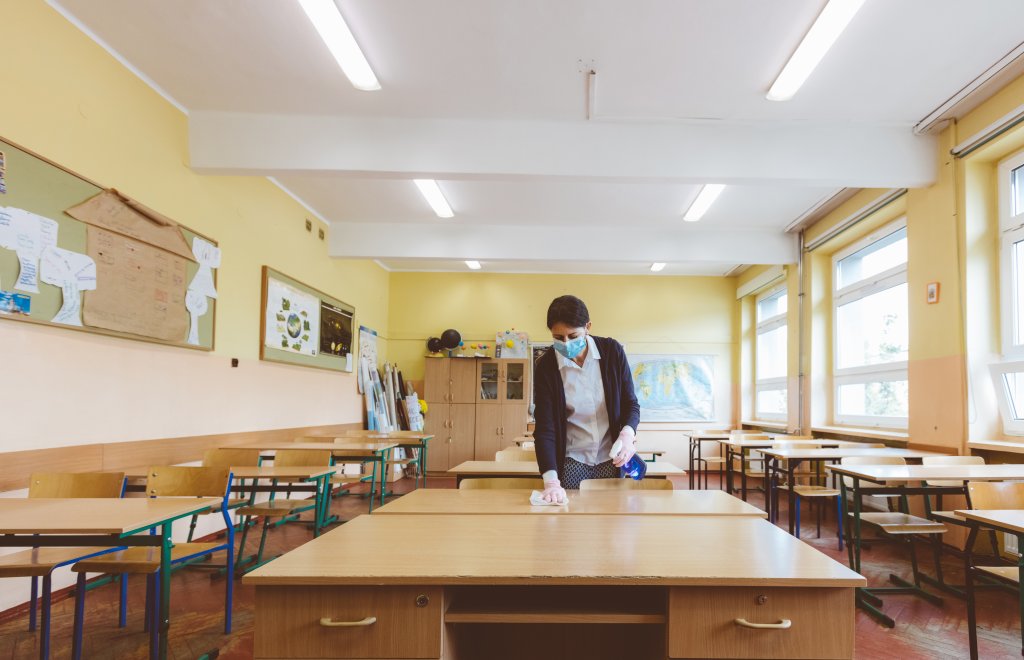 The Kansas Reflector welcomes opinion pieces from writers who share our goal of widening the conversation about how public policies affect the day-to-day lives of people throughout our state. Dr. Liz Meitl works for Kansas City, Kansas, Public School District and her children attend Kansas public schools.

What would seem reasonable, then, would be for Kansas’ elected leaders to take this moment to celebrate the amazing, inspiring work of educators, and to help us support our students as we exhaustedly stumble towards the last phase of this horrible time in our country’s history.

But that is not what the Kansas legislature is doing.

In fact, they have chosen this moment, when school districts all across the state are trying to figure out how to bring students back to in-person instruction, how to get their teachers vaccinated, and how to implement standardized testing for students who have had anything but a standardized experience, to introduce ALEC-sponsored legislation designed to undercut funding for public schools.

They have chosen this moment to deliver legislative gut-punches to public school teachers and students, when they think there isn’t enough bandwidth in the education community to fight back. Instead of celebrating the innovative, dedicated work of public schools, they are scheming to rip them apart at the seams and spreading rumors about us while they’re at it.

I’d like to take a moment to set some things straight.

Three education-related bills in the House and Senate use coded language that isn’t so hard to figure out. Two of them (HB 2068 and SB 61) propose expanding a tax credit for scholarships so low-income students can attend private schools; the third (HB 2119) would create education savings accounts for academically at-risk students. But when a bill calls something a tax credit, it’s really a voucher; when it calls something an education savings account, it’s really a voucher.

And what are vouchers? Simply, they are ways to use public money to pay for private schools. And why would they want to do that? Simply, because they have a well-established long-term agenda that includes dismantling public education.

There are too many problems with these legislative initiatives to cover all of it in a short piece that I’m hoping you’ll read all the way to the end (hint: there’s a call to action at the end), but let’s start with some issues specific to Kansas.

A significant issue is that the private schools in our state are mostly clustered around the bigger cities. Any bill that funnels money out of public education and into private education, as these bills would, is also funneling money away from rural kids and into urban and suburban kids. What good does it do a kid in Scott City, Kansas, to have access to a tax credit-funded scholarship for a private school if there’s no private school to go to?

And the urban and suburban kids who do have access to private schools? Well, that’s great if they’ll take you, but the bills’ authors have declined to include any language that will require the private schools to take all kids. So, there’s no doubt they’ll take your star basketball player and your academic superstars. In fact, it’s likely the private schools will go out of their way to invite those kids to enroll. But if you’re a Kansas kid who thinks a private school would work for you, but you happen to have a disability, or parents who are gay, or you aren’t able to bridge the gap between what the scholarship will pay and what the school is going to charge you … well, better luck next time.

At the end of the day, though, that’s probably OK, because dozens of studies have shown that kids don’t actually have better academic outcomes in private schools. Not only do kids who move from public schools to private schools tend to have a drop in math scores, they are also unprotected from expulsion and they have poorer mental health outcomes. Further, there’s evidence that tax credits, education savings accounts and vouchers by any other name create economic waste and chaos.

Why, then, are conservative legislators pushing this agenda, which clearly sets us on a bad path? We can look at other states and see where this road might take us, and it’s not pretty.

Will you take this moment to contact your House Representative and Senator and tell them you don’t want Kansas to go down that path?

The post The Legislature could be celebrating Kansas schools, but instead is trying to tear them apart appeared first on Kansas Reflector.

In a since-deleted tweet responding to a question about a potential contract extension for Kansas City Chiefs safety Tyrann Mathieu, Mathieu tweeted that he's "probably not" going to get a new deal in … END_OF_DOCUMENT_TOKEN_TO_BE_REPLACED

KANSAS CITY, Mo. — A manhole left uncovered is the source of concern after a woman damaged her car in Kansas City. The single-car crash happened at 11th Street and Tracy Avenue during the busy … END_OF_DOCUMENT_TOKEN_TO_BE_REPLACED

Kansas City, Missouri's COVID-19 emergency order was set to expire at the end of the month. But Mayor Quinton Lucas made it clear Friday that private businesses can still set their own rules.Any … END_OF_DOCUMENT_TOKEN_TO_BE_REPLACED

KANSAS CITY, MO (KCTV/AP) — All restrictions meant to slow the spread of the coronavirus were being rescinded as of midday Friday in Kansas City, Missouri, following guidance from the U.S. Centers for … END_OF_DOCUMENT_TOKEN_TO_BE_REPLACED