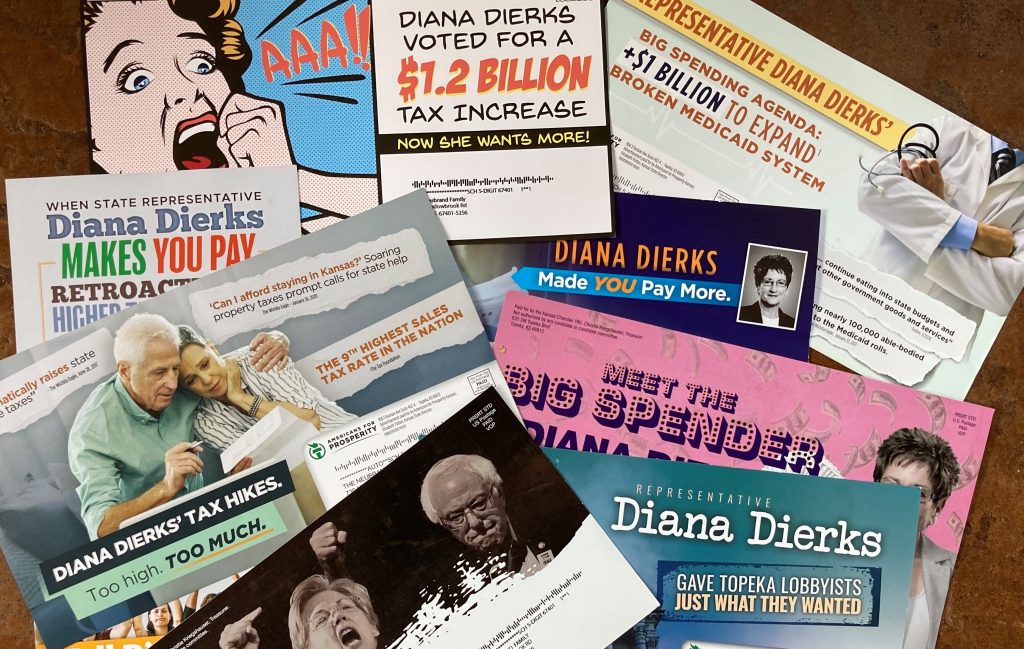 The Kansas Reflector welcomes opinion pieces from writers who share our goal of widening the conversation about how public policies affect the day-to-day lives of people throughout our state. David Norlin is a retired Cloud County Community College teacher, where he was department chairman of Communications/English, specializing in media.

Our Legislature should be the ultimate debate stage. Responsible elected citizens examine an issue, write up bills, discuss them and vote the best into law. There are safeguards: 165 legislators (125 in the House, 40 in the Senate) must muster a majority. If they really mess up, the governor vetoes. If the governor messes up, the Legislature overrides.

What could go wrong? Actually, quite a lot.

A balance of power among participants should ensure a reasoned outcome. In its absence, however, mutual respect is possible, but less likely.

My nostalgia for an open debate community was revived this week by a former student’s heartwarming note. She recalled that I, and we, “walked into class each morning with a smile of anticipation for a good debate.” I didn’t hide my biases (because no one can), but I made clear that all ideas were welcome.

During those classes, another student cited Glenn Beck, but the resulting discussion about reliable sources (even more important today) enhanced a give-and-take where students shared — and tested — those ideas. Those open classrooms are among my most cherished memories. When I retired, that student presented me a celebratory Cuban cigar. I still think of him fondly.

No, we did not determine state law. But that classroom was lightyears ahead of the 2021 Legislature.

On Jan. 31, the Salina Journal editorial page had John Wilson, CEO of Kansas Action for Children, detecting a “troubling shift in tone” among Kansas lawmakers. He had heard words spoken with “condescension, dismissiveness, impatience, and contempt.” He pointed out that an unhealthy legislative process makes for unhealthy children and families.

Finally, the flagship editorial urged legislators to not simply blame Gov. Laura Kelly and staff for Kansas Department of Labor failures. Failures such as a 40-year-old computer system that has never been updated, thanks to former Gov. Sam Brownback-era tax cuts that undercut state services.

Undeterred by informed opinion, however, the Legislature is moving for more cuts. And once again, against the Medicaid expansion 38 other states have adopted and more than 70% of Kansans want. And to make discrimination against women’s reproductive health part of our Constitution.

It is not just the mind that is boggled. Our whole human body, individual and collective, takes a hit. As my former student wrote, “I’m leaving the great state of Kansas in the VERY near future. It can’t be in my rearview fast enough.”

And what of those of us left behind? How to deal with a majority of bills from ALEC, Kansas anti-choice forces and the business community that gets more than 80% of the tax cuts proposed?

Some defensively say, “But it was a free and fair election; it’s the will of the people.” Fair enough. But not fair enough.

In our local primary races in Saline County and statewide, moderate Republicans were defeated by tar-and-feathering. They were “RINOs” who “voted with Democrats 80-90% of the time,” a bald-faced lie barely clothed with tattered truth, since many inconsequential, uncontroversial bills pass almost unanimously (i.e, both Democrat and Republican) roughly 80-90% of the time.

Add to that those blurry, horror-film pictures of Pelosi and Schumer and the inevitable words “radical left” or “too extreme for Kansas values” (whatever that is and those are). These lies, carried on a flood of mailers and media ads, paid primarily by Americans for Prosperity, the Kansas Chamber of Commerce, and their henchmen, washed away truth. And fairness.

Kansas elections were stolen, all right. Not at the ballot box. At the mailbox.

Want real election-stealing? All but two Kansas Congress-sheeple voted for just that, attempting to invalidate U.S. citizens’ choice for president. We can blame our Trojan horses, but remember we are not the big-buck-boys who hold the reins. AT&T, Goldman Sachs, Charles Schwab and Citigroup, among others, have a firm grip.

If you don’t own the chess board, no matter your moves, the odds are against you.

Ezra Klein says we must “stop reducing politics to a narrative about individuals.”

The American master story, he says, is “certain identities becoming more firmly entrenched, locking people … into … political place.” We should hold politicians accountable, but this alone will not suffice.

When the curtain falls away, revealing the Wizard of Oz, then honest, open debate — and respect — can follow.

In a since-deleted tweet responding to a question about a potential contract extension for Kansas City Chiefs safety Tyrann Mathieu, Mathieu tweeted that he's "probably not" going to get a new deal in … END_OF_DOCUMENT_TOKEN_TO_BE_REPLACED

KANSAS CITY, Mo. — A manhole left uncovered is the source of concern after a woman damaged her car in Kansas City. The single-car crash happened at 11th Street and Tracy Avenue during the busy … END_OF_DOCUMENT_TOKEN_TO_BE_REPLACED

Kansas City, Missouri's COVID-19 emergency order was set to expire at the end of the month. But Mayor Quinton Lucas made it clear Friday that private businesses can still set their own rules.Any … END_OF_DOCUMENT_TOKEN_TO_BE_REPLACED

KANSAS CITY, MO (KCTV/AP) — All restrictions meant to slow the spread of the coronavirus were being rescinded as of midday Friday in Kansas City, Missouri, following guidance from the U.S. Centers for … END_OF_DOCUMENT_TOKEN_TO_BE_REPLACED