The Home Alone pop-up at the Conductor Club. Photo by April Fleming

Make your reservation now: The Home Alone pop-up bar at Pierpont’s will warm you up this season

Holiday pop-up bars are now the standard every year. We can’t help ourselves: over-the-top tinsel and lights and theme cocktails and just something different are always okay, especially after the couple of weirdo years that we’ve had.

This year, you can try out Tiki Christmas at Julep, the winter ski lodge at Chicken n Pickle, a Lord of the Rings-themed holiday bar on Armour in North KC, and the Silver Bells Supper Club at Canary.

You can also play shuffleboard and get into some seasonal cocktails at Boulevard, and then there are the Miracle Bars, set to take over a bar near you. But there is one particular little gem that you should reserve your spot for now: the Home Alone bar at the Conductor Club, part of the ever-changing pop-up series created by the team at Pierpont’s at Union Station.

Up on the third floor in what was once an awkward set of meeting rooms, the Pierpont’s folks curated an actual experience to realize the spirit of Home Alone: Little Nero’s pizza boxes on the wall, photos of Fuller drinking Pepsi, and even Buzz’s bookshelf, complete with the tarantula cage and photos of his girlfriend.

When I first visited the bar last weekend, I assumed this concept had been purchased and imported to KC like the Miracle bars, which are wildly popular from coast to coast every year (and seem like they will be successful in their quest for world domination). But it’s all a home-grown effort, making it so much better.

It’s great not only because it’s kitschy and nostalgic like the best holiday bars, but because the spirit of fun in creating the thing (and its successful execution), down to the Wet Bandits newspaper clippings on the wall, prove that that the staff had actual fun putting this together. It’s kind of joyful even. And then there’s booze and snacks! There should be more things like this.

The cocktails make the visit worthwhile, too. “Keep the Change, Ya Filthy Animal” comes in a glass gun with a stopper on the barrel: open it up, and wisps of smoke curl out. The rest of the cocktail—Angel’s Envy bourbon, J. Rieger Caffé Amaro, ginger liqueur, and vermouth—is then poured over ice ($15). The ‘You’re What the French Call “Les Incompetents“‘ features Grey Goose, Giffard pineapple liqueur, and spiced cranberry shrub, shaken and poured over ice ($14). A few more of the drink names: ‘A Lovely Cheese Pizza Martini Just for Me,’ ‘Look What You Did, Ya Little Jerk!,’ and of course, ‘Are You Thirsty for More?’

To visit, you do need to make reservations in advance. There is a $2 cover to pay in advance, but that’s basically a ‘don’t flake on your reservation’ fee, and runs well below cover charges at several of the other pop-ups. 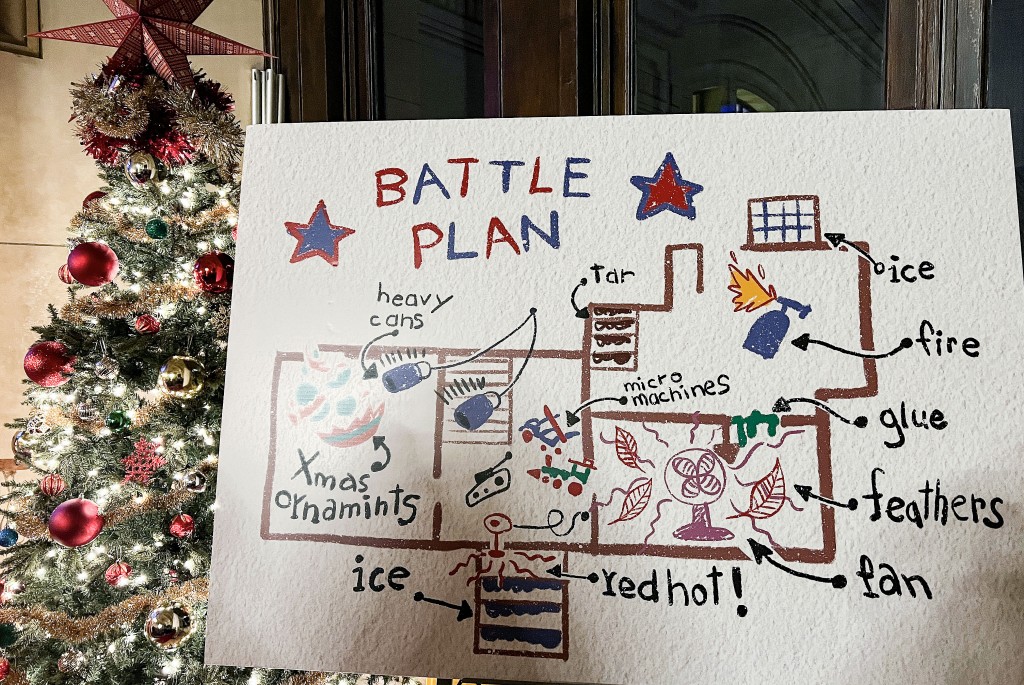 A few more events for your weekend 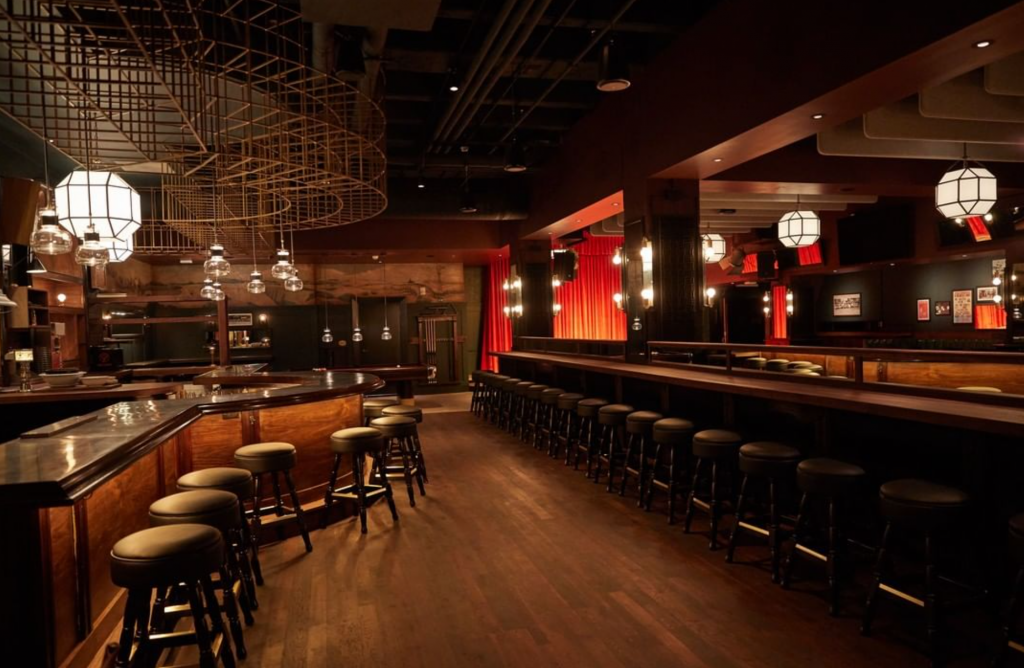 Nighthawk, the new bar in the basement at Hotel Kansas City (1228 Baltimore Avenue), opens its doors to the public for the first time. The slick but approachable music-forward bar features traditional cocktails, specialty hard seltzers, cocktails on tap, and down-home but chef-y bar snacks like fried bologna sandwiches, spaghetti and meatballs, pickled deviled eggs, and much more from chef Johnny Leach (the Town Co, Del Posto, Momofuku). The doors open at 5 p.m.

Paradise Garden Club (1621 Locust Street) is turning 2. On Sunday, visit their shop for coffee from Cafe Ollama, and food from the French Custard and Yoli Tortilleria. There are STEM activities for kiddos, and even live music (11 a.m. -4 p.m.).

Do you have any news to share? Email us!

In a since-deleted tweet responding to a question about a potential contract extension for Kansas City Chiefs safety Tyrann Mathieu, Mathieu tweeted that he's "probably not" going to get a new deal in … END_OF_DOCUMENT_TOKEN_TO_BE_REPLACED

KANSAS CITY, Mo. — A manhole left uncovered is the source of concern after a woman damaged her car in Kansas City. The single-car crash happened at 11th Street and Tracy Avenue during the busy … END_OF_DOCUMENT_TOKEN_TO_BE_REPLACED

Kansas City, Missouri's COVID-19 emergency order was set to expire at the end of the month. But Mayor Quinton Lucas made it clear Friday that private businesses can still set their own rules.Any … END_OF_DOCUMENT_TOKEN_TO_BE_REPLACED

KANSAS CITY, MO (KCTV/AP) — All restrictions meant to slow the spread of the coronavirus were being rescinded as of midday Friday in Kansas City, Missouri, following guidance from the U.S. Centers for … END_OF_DOCUMENT_TOKEN_TO_BE_REPLACED