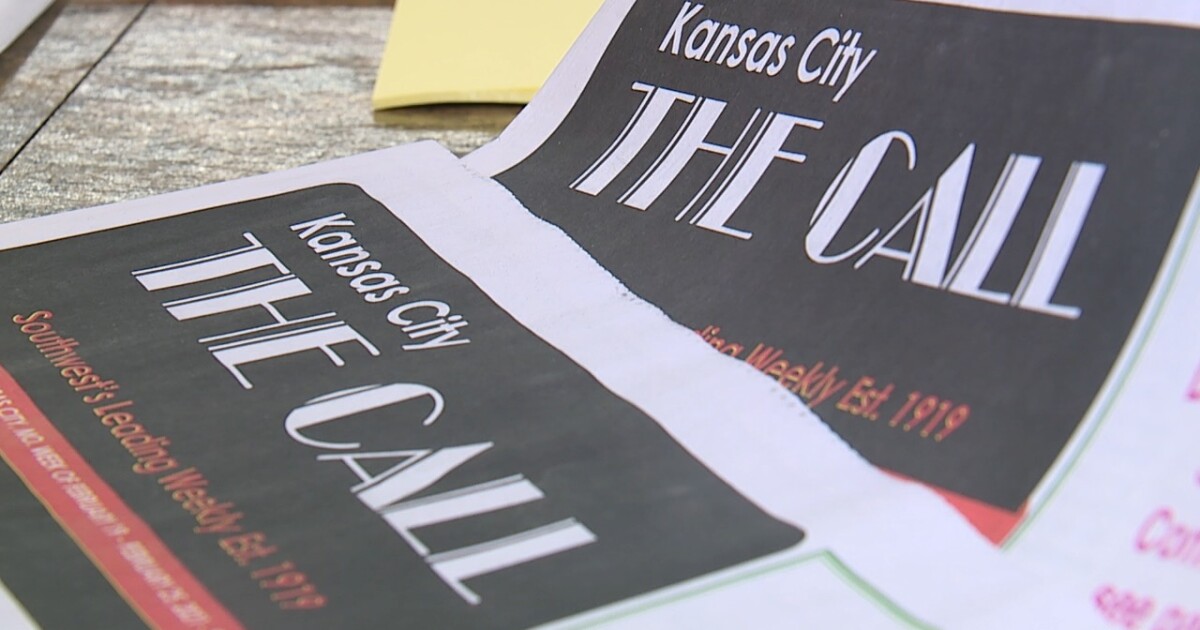 Over a century of storytelling.

From struggles to success — trials and triumphs.

Kansas City’s “THE CALL” has been there to cover it all.

THE CALL is one of two Black-owned newspapers in Kansas City. In 1919, Texas native Chester Arthur Franklin moved from Denver to Kansas City to start the paper and was in charge for over 40 years.

“He started it to be an advocacy newspaper for issues that were taking place in the Black community,” said Eric L. Wesson Sr., THE CALL’s current publisher and editor.

Franklin’s successor, Lucile H. Bluford, continued the paper’s legacy, being a voice and activist of the Black community.

“She was a very cutting edge woman in the time that she grew up so she was a legend so to speak,” Wesson said.

After serving on the staff for nearly 20 years, Wesson is now at the helm, ensuring the purpose remains the same.

A few miles south of THE CALL is Niecie’s Restaurant.

Since starting her business in 1985, owner Denise Ward has recognized the paper’s impact.

“After finding out that THE CALL paper was a big part of the community then, we decided that we needed to bring it in, have it available for our customers, ” Ward said.

Patrons of Niece’s know that not only can they get a good soul food meal but grab a copy of THE CALL.

He comes to the restaurant a couple of times a week.

100 years is no small feat. Wesson believes that THE CALL will be needed for years to come.

Since THE CALL’s inception, the paper has come out every week.

Wesson hopes he’s making the one’s in charge before him proud.

THE CALL plans to update the website and have a smartphone app available before spring, making it easier for readers to have the latest news.

In a since-deleted tweet responding to a question about a potential contract extension for Kansas City Chiefs safety Tyrann Mathieu, Mathieu tweeted that he's "probably not" going to get a new deal in … END_OF_DOCUMENT_TOKEN_TO_BE_REPLACED

KANSAS CITY, Mo. — A manhole left uncovered is the source of concern after a woman damaged her car in Kansas City. The single-car crash happened at 11th Street and Tracy Avenue during the busy … END_OF_DOCUMENT_TOKEN_TO_BE_REPLACED

Kansas City, Missouri's COVID-19 emergency order was set to expire at the end of the month. But Mayor Quinton Lucas made it clear Friday that private businesses can still set their own rules.Any … END_OF_DOCUMENT_TOKEN_TO_BE_REPLACED

KANSAS CITY, MO (KCTV/AP) — All restrictions meant to slow the spread of the coronavirus were being rescinded as of midday Friday in Kansas City, Missouri, following guidance from the U.S. Centers for … END_OF_DOCUMENT_TOKEN_TO_BE_REPLACED