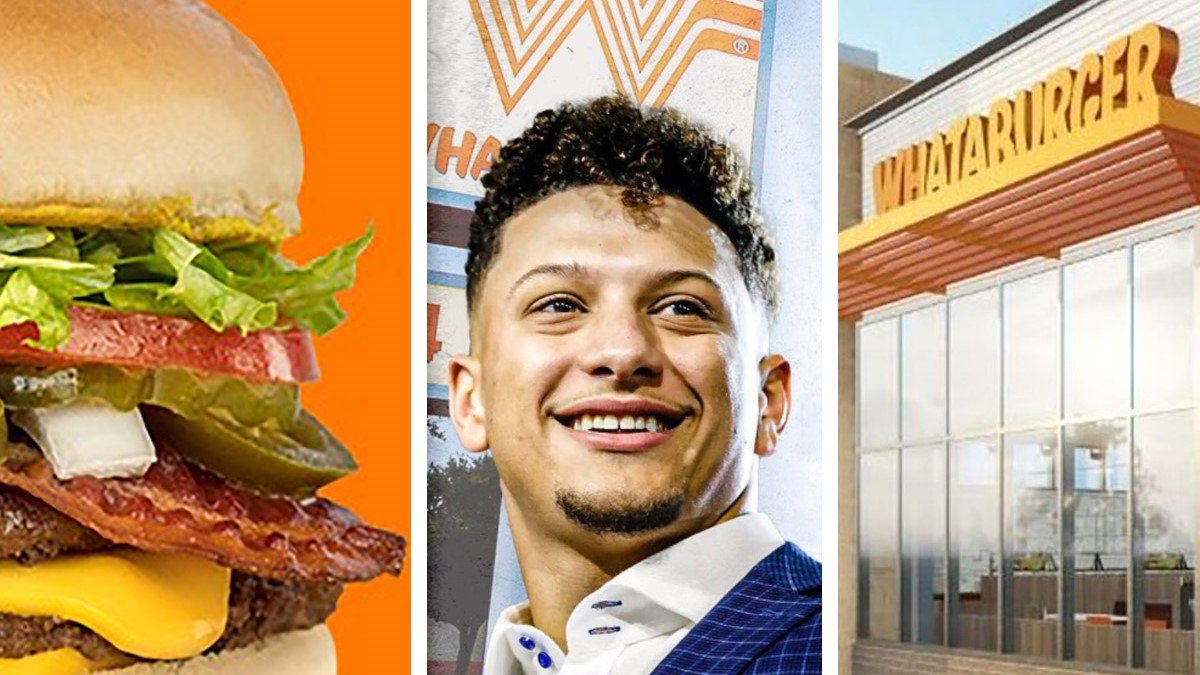 KANSAS CITY, Missouri — One of the things Kansas City Chiefs quarterback Patrick Mahomes longed for after moving from his native Texas to KC was an order from Whataburger, one of his favorite fast food chains.

So Mahomes is bringing Whataburger to him. He’s an investor in a group that over the next seven years will bring 30 Whataburger restaurants to Missouri and Kansas with a concentration of those franchises being in the Kansas City area.

“I love Kansas City and I love Whataburger,” Mahomes said. “I’m excited to help bring a gift from my first home to my second home.”

Whataburger’s expansion to the Kansas City area began before Mahomes’ involvement with ownership. But that happened only after he urged the chain to bring a restaurant to Kansas City.

During Mahomes’ MVP season of 2018, he talked about his love for ketchup and mentioned that Whataburger had his favorite variety of the condiment. In response, Whataburger tweeted Mahomes a photo of their ketchup bottles and asked him where they could ship it.

He responded via Twitter: “I just want a store in Kansas City!”

In a since-deleted tweet responding to a question about a potential contract extension for Kansas City Chiefs safety Tyrann Mathieu, Mathieu tweeted that he's "probably not" going to get a new deal in … END_OF_DOCUMENT_TOKEN_TO_BE_REPLACED

KANSAS CITY, Mo. — A manhole left uncovered is the source of concern after a woman damaged her car in Kansas City. The single-car crash happened at 11th Street and Tracy Avenue during the busy … END_OF_DOCUMENT_TOKEN_TO_BE_REPLACED

Kansas City, Missouri's COVID-19 emergency order was set to expire at the end of the month. But Mayor Quinton Lucas made it clear Friday that private businesses can still set their own rules.Any … END_OF_DOCUMENT_TOKEN_TO_BE_REPLACED

KANSAS CITY, MO (KCTV/AP) — All restrictions meant to slow the spread of the coronavirus were being rescinded as of midday Friday in Kansas City, Missouri, following guidance from the U.S. Centers for … END_OF_DOCUMENT_TOKEN_TO_BE_REPLACED