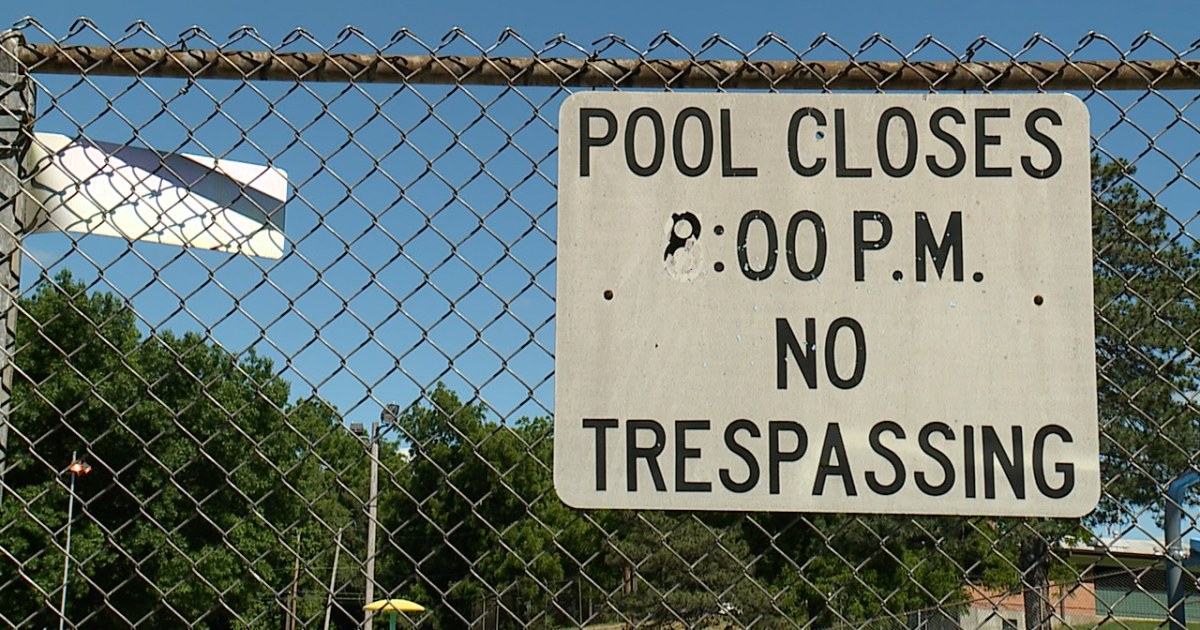 KANSAS CITY, Kan. — Despite the signs around Parkwood Pool in Kansas City, Kansas, people along Quindaro Blvd said it’s hard to keep children away when they’re not supposed to be there.

“Because it’s summertime and being with COVID-19, you know, they want to have a place – a safe haven,” Kyla Stewart, a neighbor, said.

But when a group of teens jumped the fence Saturday night, a 13-year-old boy went into the deep end. His friends saw him resurface once before realizing he needed help and ran to a nearby fire station to get it.

“His words were, ‘Someone’s gonna die,’ and then he told us what was going on,” said Justin Hylton, a KCK firefighter and EMT. “He said, ‘Somebody is in the pool.'”

Hylton and two colleagues ran down the hill and hopped over the pool’s fence.

“He was at the very bottom of the pool, he wasn’t moving,” Hylton said. “So that’s kind of right, when we knew that, you know something’s wrong.”

Hylton, who has been on the job for a little more than one year, jumped in to save the teen.

First responders said the group told them they believed their friend had been in the water for at least 10 minutes.

It’s believed that none in the group knew how to swim, and that’s something the YMCA of Greater Kansas City seeks to change year-round with its swim lessons. There’s even financial aid for those who need it.

An important reminder: Never be in a body of water alone.

In an emergency, perform CPR until paramedics arrive, Hylton said.

“Push on the center of the chest at least 100 compressions per minute and push hard push fast and at least two inches of depth,” Hylton said.

It’s what did they for the 13-year-old, who is fighting for his life.

“My prayers are with the family,” Stewart said. “I hope he makes it through.”

In a since-deleted tweet responding to a question about a potential contract extension for Kansas City Chiefs safety Tyrann Mathieu, Mathieu tweeted that he's "probably not" going to get a new deal in … END_OF_DOCUMENT_TOKEN_TO_BE_REPLACED

KANSAS CITY, Mo. — A manhole left uncovered is the source of concern after a woman damaged her car in Kansas City. The single-car crash happened at 11th Street and Tracy Avenue during the busy … END_OF_DOCUMENT_TOKEN_TO_BE_REPLACED

Kansas City, Missouri's COVID-19 emergency order was set to expire at the end of the month. But Mayor Quinton Lucas made it clear Friday that private businesses can still set their own rules.Any … END_OF_DOCUMENT_TOKEN_TO_BE_REPLACED

KANSAS CITY, MO (KCTV/AP) — All restrictions meant to slow the spread of the coronavirus were being rescinded as of midday Friday in Kansas City, Missouri, following guidance from the U.S. Centers for … END_OF_DOCUMENT_TOKEN_TO_BE_REPLACED