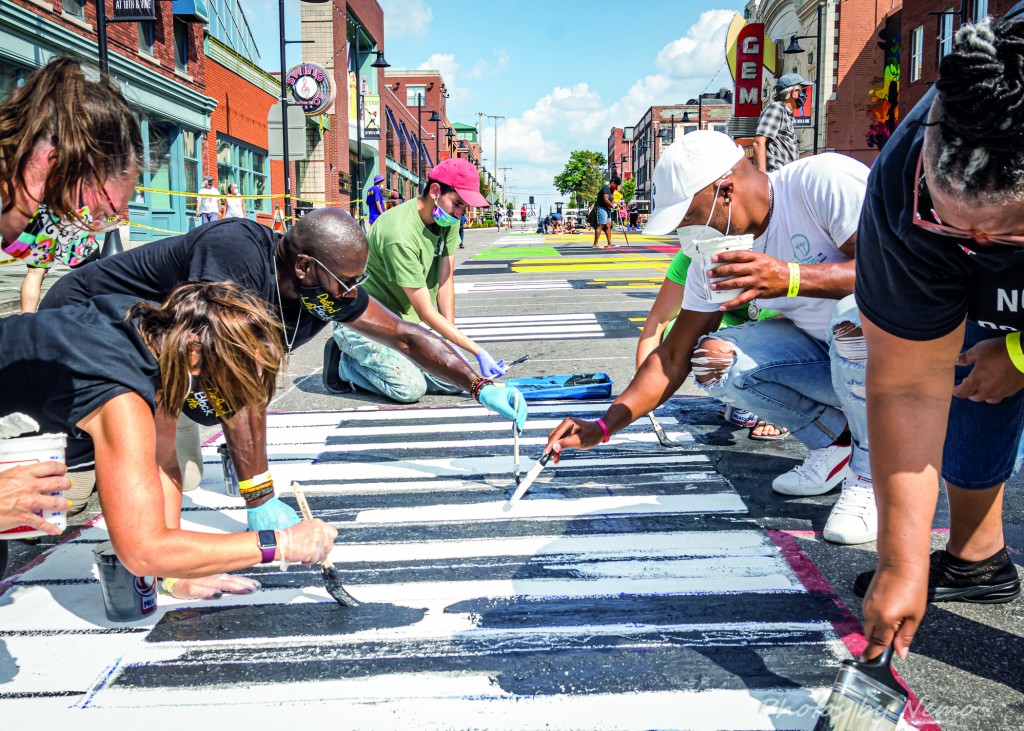 Summer is here, and many of our favorite events are coming back from the summer we collectively took off. Whether you’re into festivals, concerts, food trucks, art exhibits, movies, or wellness inspiration, we’ve got you covered. Our Summer Guide is your key to an unforgettable season. We all deserve a break, and with The Pitch’s guide, you can find exactly what you want to do during that break.

On Saturdays in June-October, you’ll find goods from local makers, music, food trucks, and flowers all in one place. The Strawberry Swing festivals will happen on Saturdays in Waldo and Brookside, and Overland Park. Keep an eye out for other pop-ups throughout the city.

Camp Entourage Presents: “An Evening with the ‘Rents’”, Lemonade Park

Begins at Benton and 18th St

The Juneteenth KC Heritage Festival has been gathering the community and celebrating African American arts and culture for 10 years now. From 12-9 p.m. in the 18th & Vine district, celebrate Juneteenth with food, music, and plenty of other activities at the free festival. Keep an eye out for more information on their website. 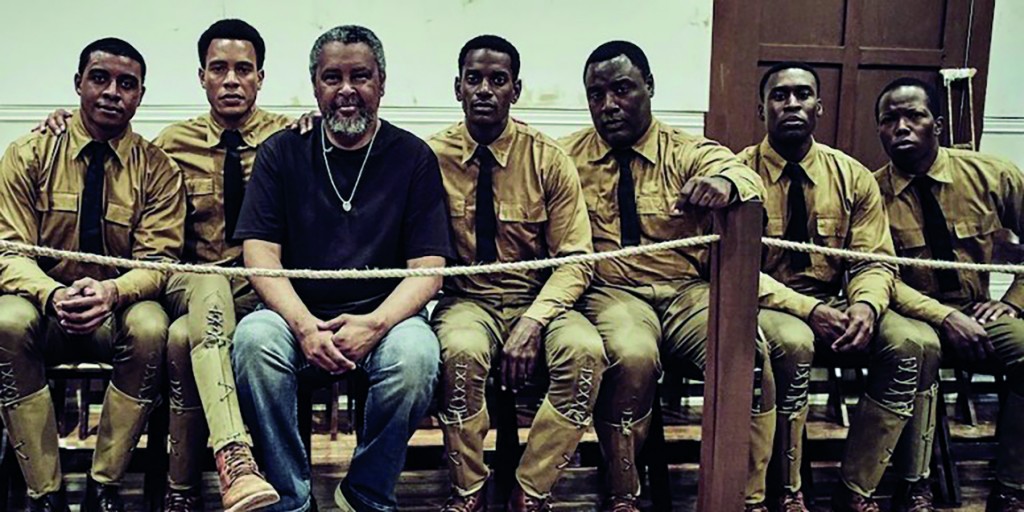 Courtesy of The 24th And Free State Festival

Free State Festival is a weeklong celebration of film, music, and art in Lawrence. The festival is held in two acts starting with a week of outdoor movies screened across the city. Act One will feature several movies focused on social justice, such as The 24th, produced by Oscar winner and University of Kansas film professor, Kevin Willmott. Act Two will feature indoor cinema screenings with headliners Boots Riley, John Waters and Cameron Esposito. Tickets for Act One go on sale May 24. Tickets and dates for Act Two are yet to be determined.

Bluegrass in the Bottoms, Grinders KC

KC Pride is almost here, and this time it’s going to be hosted by the Kansas City PRIDE Community Alliance. PRIDE is an acronym for “Programming Rooted in Inclusion and Diversity through Education.” The organization was created to fill the gap left as the result of the Kansas City Diversity Coalition deciding to no longer coordinate the annual pride events. Location and sponsors for the event are in the works. Follow KCPCA on Facebook to stay updated.

How do live music, s’mores, a chalk art contest, silent disco, and fireworks sound? The second annual Camp Leavenworth is back this summer and features all that and more. Some featured bands include Unfit Waves, The MGDs, Quite Frankly, and Oscar-winning singer/songwriter Melissa Etheridge. Camp Leavenworth is free and open to the public, but tickets will be available for those who want the VIP experience. 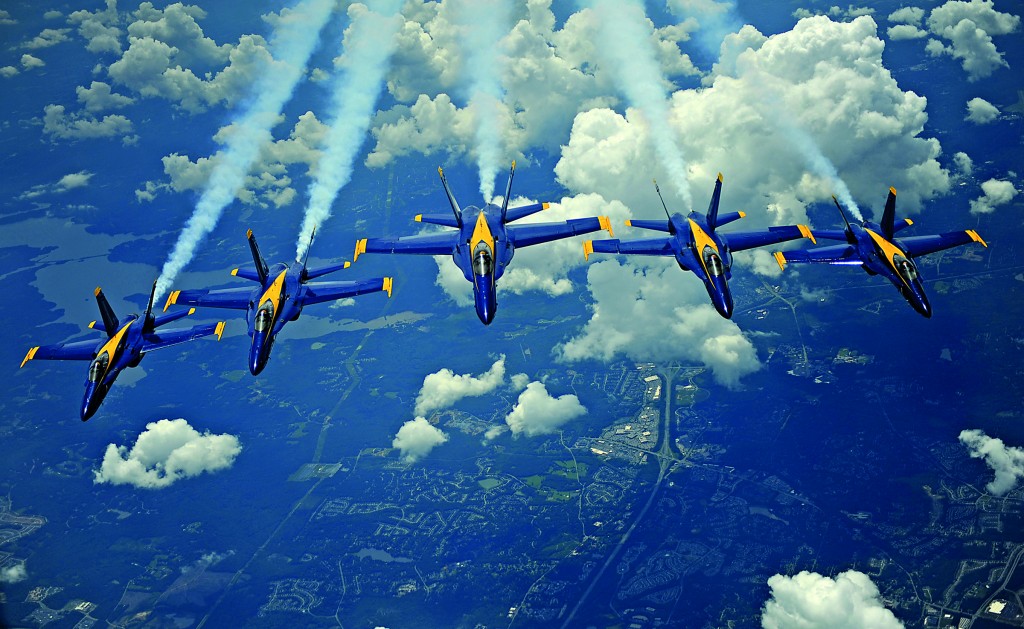 Celebrate the 4th of July this year with a spectacular view at this year’s KC Air Show, headlined by the United States Navy Blue Angels Flight Demonstration Squadron. General admission tickets are $35 for adults in advance and $45 at the gate. At an additional cost, tickets from the event’s premium packages can gain access to perks like boxed seats, food and beverages, and shuttle and golf cart access. Got tickets to the 2020 show? You’re in luck, those tickets will be honored at the 2021 show. 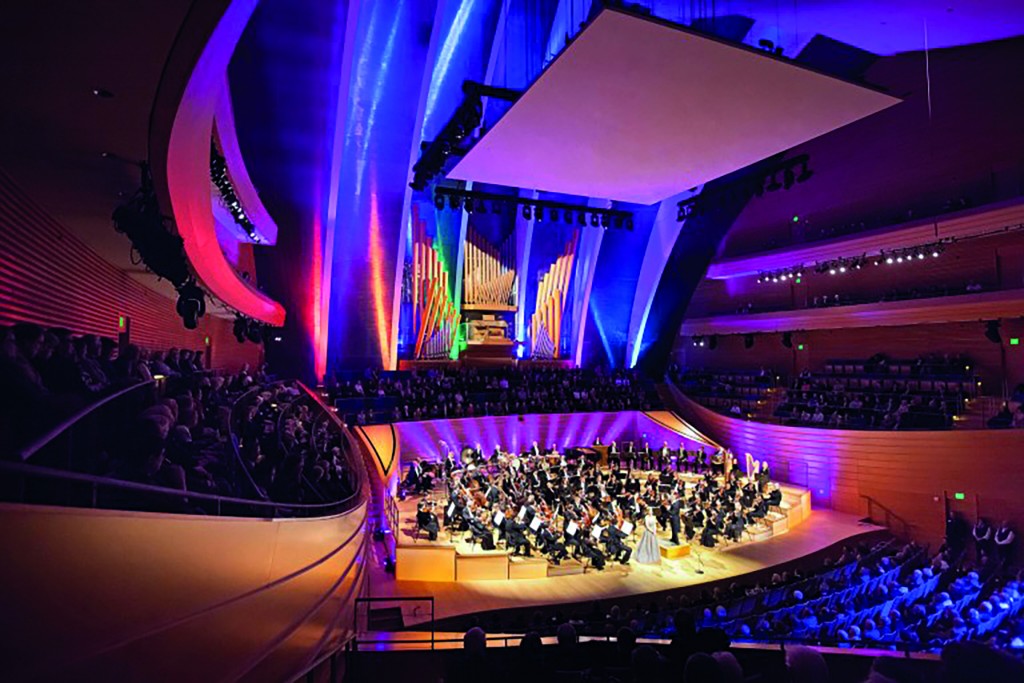 Courtesy of the Kansas City Symphony

The Kansas City Symphony is returning to in-person performances, with two different series performed at Helzberg Hall in the Kauffman Center. The symphony will play selections from Mozart, Dukas, Debussy, Barber, Haydn, and more throughout the concert season. Tickets are only open to Classical Series subscribers. To be added to the waitlist to become a subscriber and secure a ticket, contact the box office at 816-471-0400.

On your feet!, Starlight Theater

The Lifespan of a Fact, Unicorn Theatre 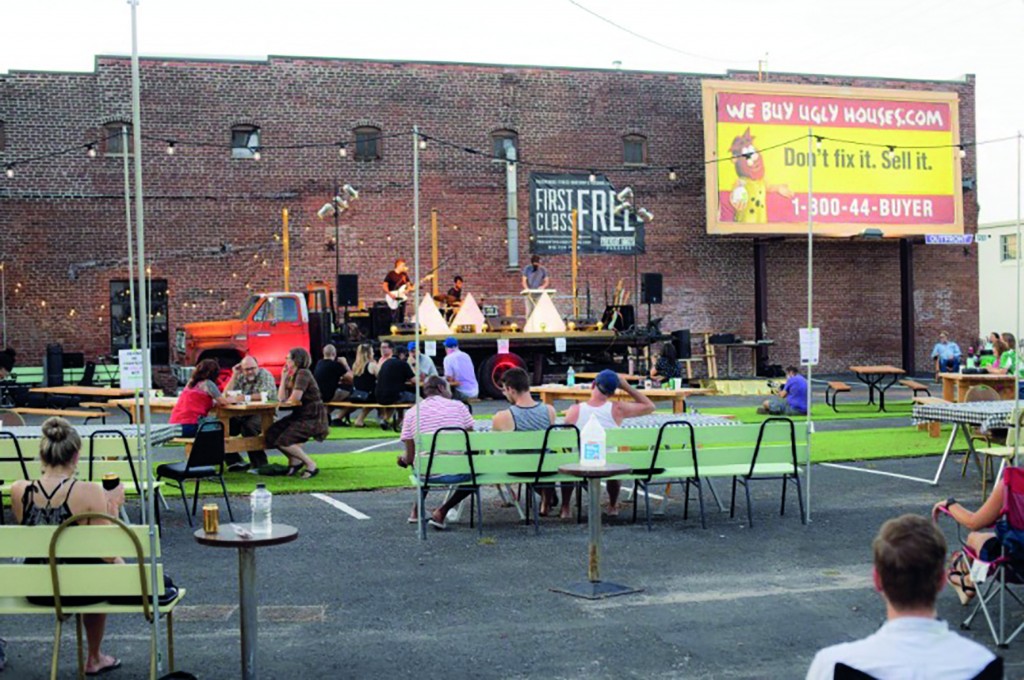 The Pitch and District present Dreamgirl / The Moose / We The People

Lemonade Park, lemonadeparkkc.com Kick back and take in the summer, baby: Performances by Dreamgirl, The Moose, and We The People are gracing Lemonade Park this June. Doors open at 7 p.m., with We the People kicking off the show at 8 p.m., The Moose following at 9 p.m., and ending with Dreamgirl at 10 p.m. Tickets are $15 if you bring your own chair, and for $25, you can reserve a table on the lawn.

Jazz on the Lawn, National WWI Museum and Memorial

Fitz and the Tantrums,

Ok, you caught us. We love Fitz and the Tantrums. The upbeat indie pop ban returns to provide what is sure to be an energetic show at Grinders KC. GA tickets are $35 a piece, but a $59 VIP ticket will get you access to an air conditioned lounge, private restrooms and cash bar, and preferred viewing at the main stage. Doors open at 6 p.m. Livingston, a young performer whose newest album An Unlikely Origin Story is gaining quick success, will open. 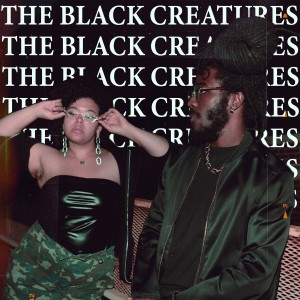 Courtesy of The Black Creatures

It’s no secret we love the genre-fluid duo The Black Creatures, composed of Jade Green and Xavier. They return to Lemonade Park to provide guests with an eccentric in-person experience this August, and you shouldn’t miss it—their album Wild Echoes was our favorite of 2020, hands down. The show starts at 7 p.m. and tickets are not yet available. Be sure to check the Lemonade Park website for more information and tickets as they become available.

Singer-songwriter José González is going on tour this summer in support of his new record Local Valley, which will be released September 17. You can currently check out the music video for the second song on the album titled Visions. Rufus Wainwright is joining right along and will be performing music from his newest album, Unfollow the Rules. 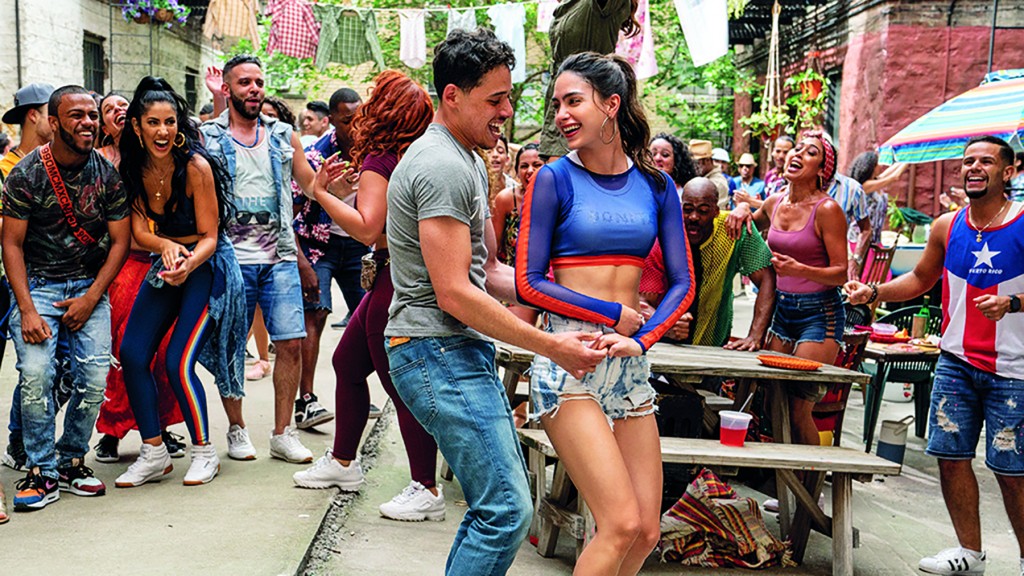 Courtesy of In The Heights

Queer As Film feat. The Half of It, Kansas City Center for Inclusion

In the Heights, Theatrical/HBO Max

Shut Up And Play The Hits, Lemonade Park

10 Things I Hate About You, Screenland Armour Theatre 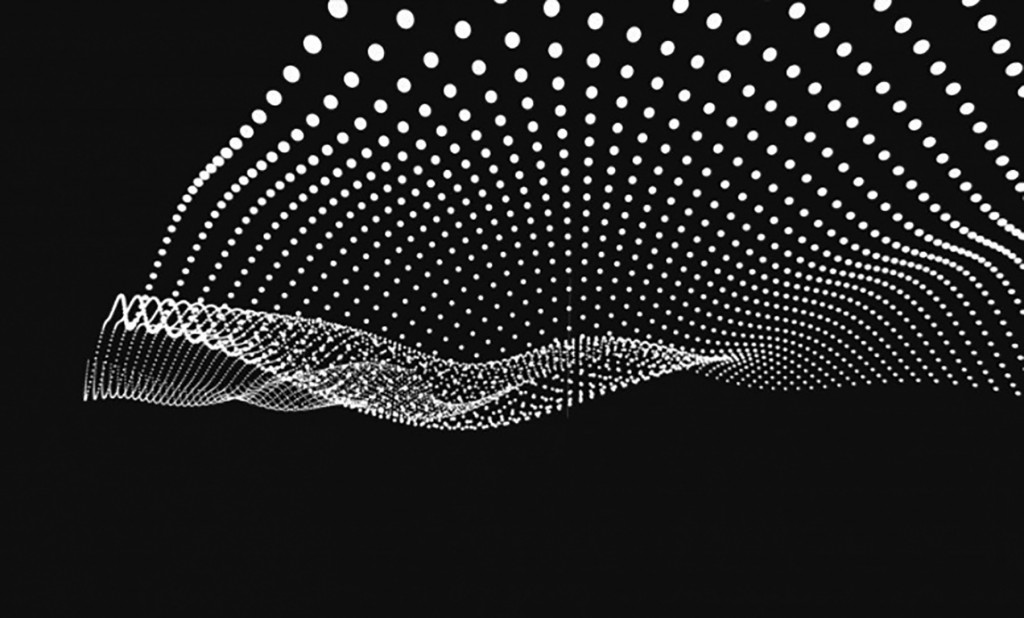 Courtesy of The Kemper Museum of Contemporary Art

Experience the history of World War I in a new up close and personal way at the new immersive virtual reality exhibit “War Remains.” The experience, narrated by podcaster Dan Carlin, opened officially on May 27 and will be at the National World War I Museum & Memorial through Sept. 6. Viewers can walk their way through the perspectives of soldiers at the 1917 WWI battle, The Battle of Passchendaele. Tickets are $18 for museum members and $24 for non-members.

A new immersive exhibit debuting this June at the Kemper Museum of Contemporary Art is powered by viewers’ heartbeats. Pulse Topology, a project by Mexican-Canadian artist Rafael Lozano-Hemmer, demonstrates the heartbeats of visitors through thousands of suspended light bulbs with the help of touchless remote photoplethysmography (PPG) technology. It will be on display for roughly four months. Don’t miss it

The Roma Experience of the Holocaust, MCHE via Zoom

Terezin and Deportations from the West, MCHE via Zoom 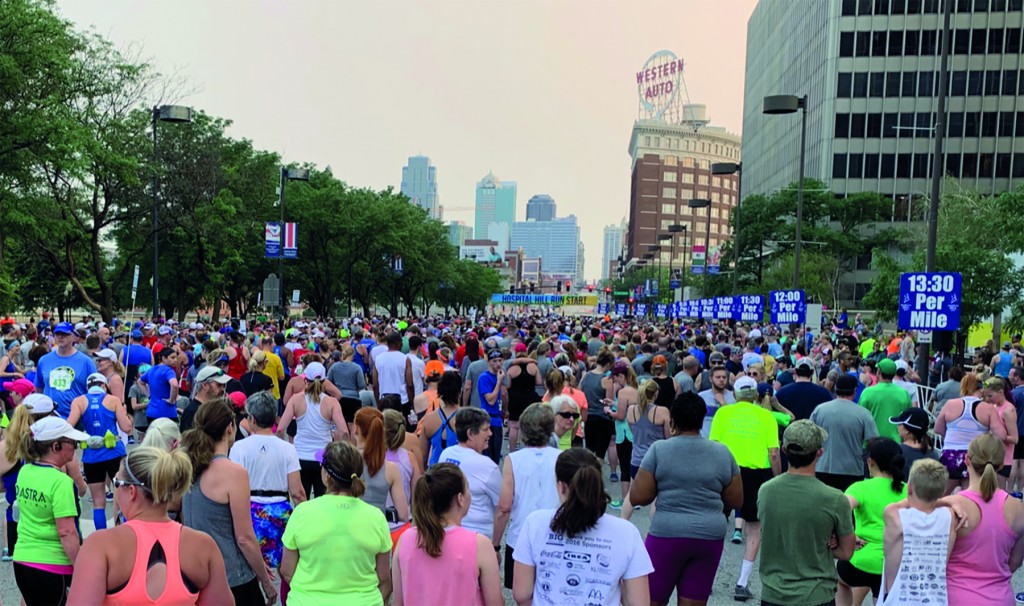 The Color Run returns in, well, full color! Runners will be doused with color at various zones throughout the course. For the maximum experience, wear white (or register for a package with the white Color Run shirts) to proudly display all of the color powder you’ll be wearing at the end of the race. Tickets begin at $19.99 and a portion of the proceeds will be donated to the Children’s Organ Transplant Association.

Will You Walk With Me for Suicide Prevention 5K, Liberty Memorial 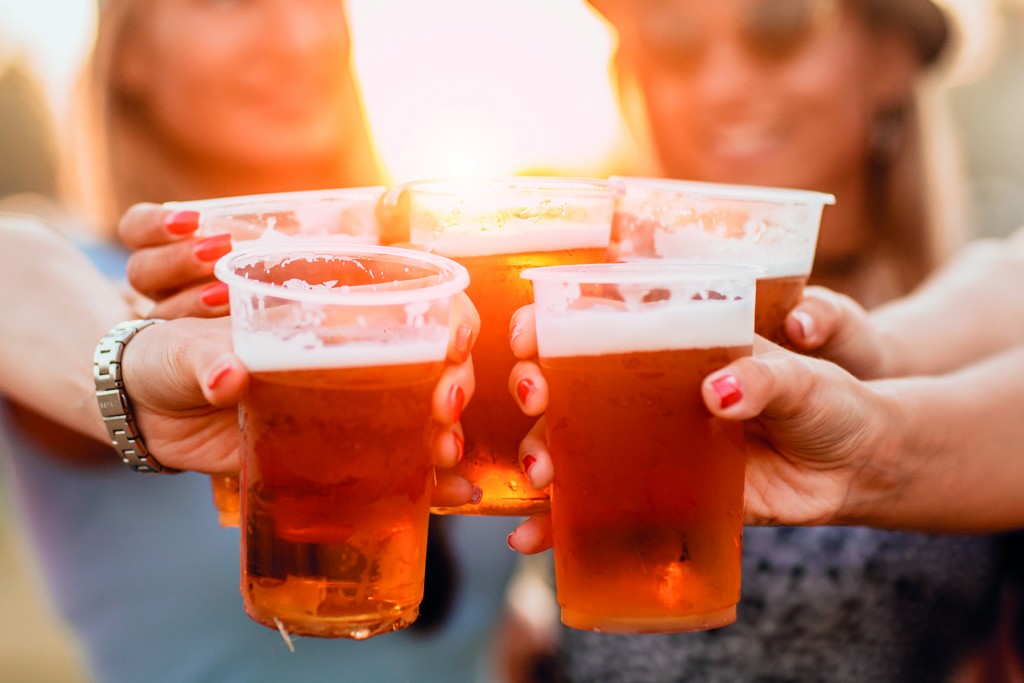 Head to the GEHA Field at Arrowhead Stadium to party on the playing field for a Saturday night full of food trucks and unlimited access to beers from over 60 breweries at this summer’s KC Summer Beer Fest. General admission tickets include all of the above starting at 8 p.m. for $50, and the $65 early admission tickets will get you an hour’s head start.

The highly anticipated Taco Fest is coming back to KC this year, along with its margaritas, games, live music, and, of course, tacos. Over 20 of Kansas City’s own eateries are bringing their best tacos—with over 75 options!— to the event and for only $3 each. Tickets start at $9.95 each and kids under 10 are free with a paying adult.

In a since-deleted tweet responding to a question about a potential contract extension for Kansas City Chiefs safety Tyrann Mathieu, Mathieu tweeted that he's "probably not" going to get a new deal in … END_OF_DOCUMENT_TOKEN_TO_BE_REPLACED

KANSAS CITY, Mo. — A manhole left uncovered is the source of concern after a woman damaged her car in Kansas City. The single-car crash happened at 11th Street and Tracy Avenue during the busy … END_OF_DOCUMENT_TOKEN_TO_BE_REPLACED

Kansas City, Missouri's COVID-19 emergency order was set to expire at the end of the month. But Mayor Quinton Lucas made it clear Friday that private businesses can still set their own rules.Any … END_OF_DOCUMENT_TOKEN_TO_BE_REPLACED

KANSAS CITY, MO (KCTV/AP) — All restrictions meant to slow the spread of the coronavirus were being rescinded as of midday Friday in Kansas City, Missouri, following guidance from the U.S. Centers for … END_OF_DOCUMENT_TOKEN_TO_BE_REPLACED