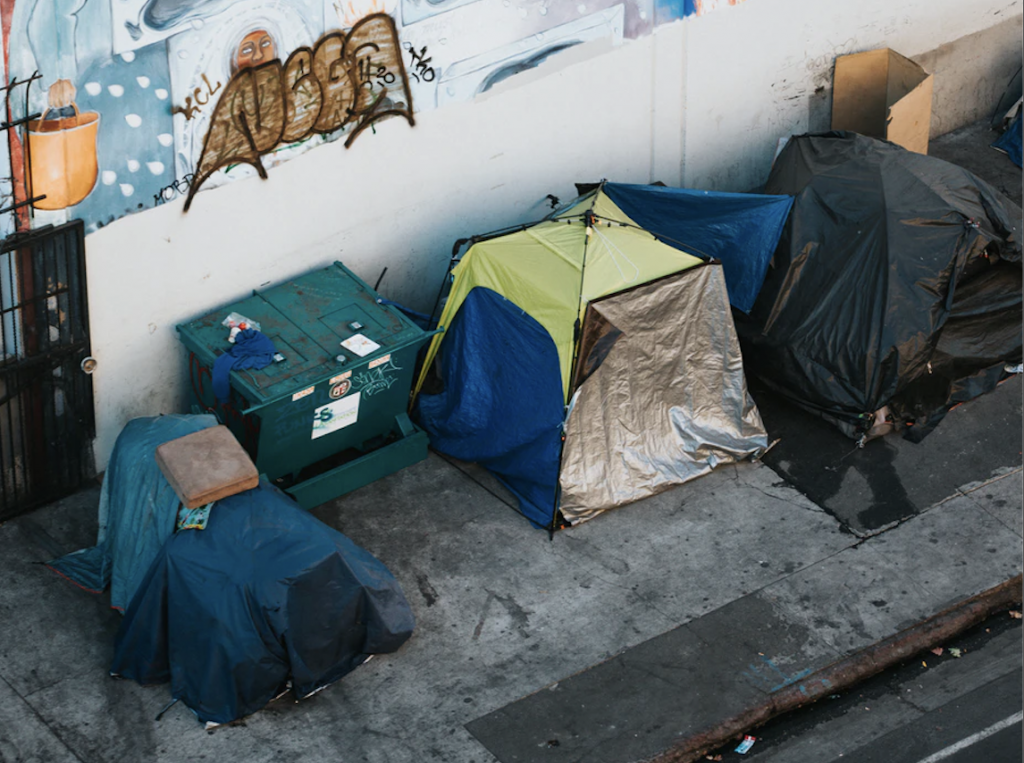 Members of Kansas City’s homeless community, and those who support them, are searching for help as temperatures this week will remain well below freezing.

Such winter weather could be the difference between life and death. Scott “Sixx” Eicke is believed to have died from hypothermia on New Years Day according to the Kansas City Star.

The Scott Eicke Warming Center has been accommodating about 300 people a night, says city spokesperson Chris Hernandez. Other shelters have extended their hours because of the weather. Shelters are not turning anyone away, even people who would normally be asked to leave due to breaking rules.

“We’re trying to have some flexibility,” says Eric Burger, executive director at Shelter KC. “The challenge that is still trying to do that socially distanced in the COVID era.”

Burger says people have been able to find shelter at Shelter KC or will be transported to somewhere else according to KCUR.

Nellie Ann McCool with Free Hot Soup, and other advocates for those without homes, believe the city left Eicke without resources to survive after a sweep of Eicke’s encampment.

Officers are sometimes asked to accompany city workers when they conduct “cleanups” to “help keep the peace” according to Sgt. Jake Becchina, a spokesman with the Kansas City Police Department, in an email to the Kansas City Star. Becchina also says the department does not conduct raids on the homeless.

Free Hot Soup says Eicke had been living near Interstate 70 and the Paseo. Becchina says the most recent “cleanup” took place the day after Christmas at this location.

Eicke was found naked and frozen to death a couple of blocks away from his encampment in a wooded area near East 24th Street and Woodland Avenue one week after that “cleanup”.

“For him to not have any of his belongings and to be in such an unsafe condition is an indicator to us that he was most likely a victim of these homeless camp sweeps and was displaced, and stripped of his possessions,” says McCool.

John A. Wood, director of the Neighborhoods and Housing Services Department, requested various social service providers, such as the City Union Mission and Restart, accompany the KCPD on these “cleanups” in a letter to Mayor Lucas and the city council on January 5.

These social service providers could offer relocation assistance for Kansas City’s unhoused population. This would ensure a minimum of two contacts with individuals living in these camps.

Resources such as Jewish Family Services can help with food, health support, employment, housing or other basic needs and opportunities.

Wood reiterates individuals should not be moved without the opportunity to maintain their belongings.

The KCPD in coordination with the Solid Waste Division, and sometimes the Kansas City Health Department, informs residents of these camps they need to move to shelter services or other locations due to “public health and safety” reasons.

A map of area warming shelters is available here. Missouri Department of Health and Senior Services recommends calling ahead to ensure there is enough room.

In a since-deleted tweet responding to a question about a potential contract extension for Kansas City Chiefs safety Tyrann Mathieu, Mathieu tweeted that he's "probably not" going to get a new deal in … END_OF_DOCUMENT_TOKEN_TO_BE_REPLACED

KANSAS CITY, Mo. — A manhole left uncovered is the source of concern after a woman damaged her car in Kansas City. The single-car crash happened at 11th Street and Tracy Avenue during the busy … END_OF_DOCUMENT_TOKEN_TO_BE_REPLACED

Kansas City, Missouri's COVID-19 emergency order was set to expire at the end of the month. But Mayor Quinton Lucas made it clear Friday that private businesses can still set their own rules.Any … END_OF_DOCUMENT_TOKEN_TO_BE_REPLACED

KANSAS CITY, MO (KCTV/AP) — All restrictions meant to slow the spread of the coronavirus were being rescinded as of midday Friday in Kansas City, Missouri, following guidance from the U.S. Centers for … END_OF_DOCUMENT_TOKEN_TO_BE_REPLACED