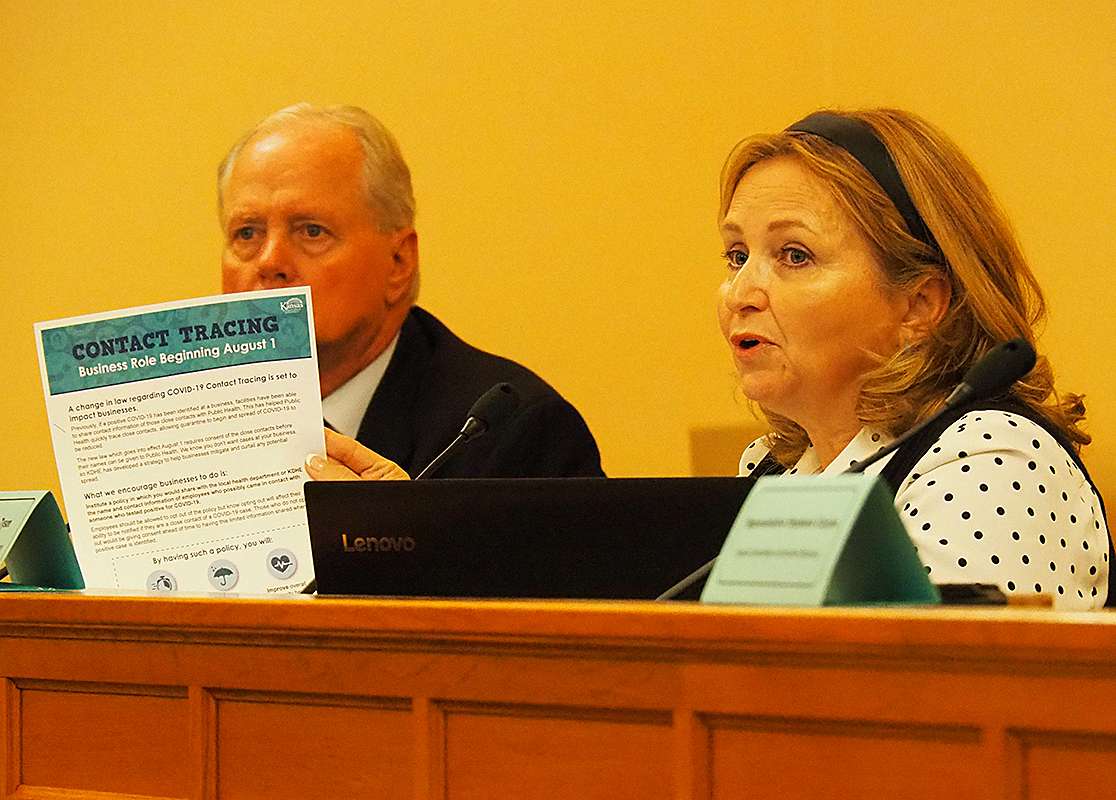 TOPEKA, Kan. (AP) — A Republican lawmaker questioned Tuesday whether Democratic Gov. Laura Kelly’s administration made unemployment fraud worse by not conducting adequate background checks on hundreds of people hired to help with a surge of claims during the pandemic.

Sen. Caryn Tyson, of Parker, raised the issue as the state prepared to launch a new investigation of unemployment fraud. Tyson serves on a new council created by the GOP-controlled Legislature to oversee a modernization of the Kansas Department of Labor’s aged computer system and to audit fraud and its effects.

Kansas and other states saw a flood of fraudulent claims when the federal government expanded benefits in response to economic problems tied to COVID-19 and efforts to check its spread. The state Department of Labor estimated that fraudulent claims last year totaled $290 million, but a report by the Legislature’s auditing arm estimated $600 million.

The council on Tuesday discussed the scope of its audit so the state can take bids from private firms for the work, with a preliminary report due May 1, 2022. The final report is expected by September next year. The council expects to set the audit’s scope next week, but Tyson said auditors should examine possible “holes or flaws in the human side” of computer security, particularly given the big expansion of the department’s workforce.

“Did they have policies and practices when hiring?” she said. “We brought on so many people for that call center so quickly. What kinds of checks were in place?”

Deputy Labor Secretary Peter Brady said his department would benefit from an examination of possible issues in the unemployment system. But he also said the federal government requires background checks of anyone who has access to sensitive data, general tax information and Social Security data.

The department has said it had 20 people answering calls about unemployment when the pandemic reached Kansas in March 2020 and by February 2021 it had 450 people assisting jobless workers.

Several lawmakers on the council worried that Tyson’s suggestions could balloon the cost of the audit.

And Rep. Stephanie Clayton, an Overland Park Democrat and another council member, said the Department of Labor expanded staffing quickly because legislators complained that people were having trouble getting benefits.

“Hello? We, the legislators, we asked for that,” Clayton said in an interview. “We clamored and said, ‘You need to do this right away.’”

In a since-deleted tweet responding to a question about a potential contract extension for Kansas City Chiefs safety Tyrann Mathieu, Mathieu tweeted that he's "probably not" going to get a new deal in … END_OF_DOCUMENT_TOKEN_TO_BE_REPLACED

KANSAS CITY, Mo. — A manhole left uncovered is the source of concern after a woman damaged her car in Kansas City. The single-car crash happened at 11th Street and Tracy Avenue during the busy … END_OF_DOCUMENT_TOKEN_TO_BE_REPLACED

Kansas City, Missouri's COVID-19 emergency order was set to expire at the end of the month. But Mayor Quinton Lucas made it clear Friday that private businesses can still set their own rules.Any … END_OF_DOCUMENT_TOKEN_TO_BE_REPLACED

KANSAS CITY, MO (KCTV/AP) — All restrictions meant to slow the spread of the coronavirus were being rescinded as of midday Friday in Kansas City, Missouri, following guidance from the U.S. Centers for … END_OF_DOCUMENT_TOKEN_TO_BE_REPLACED