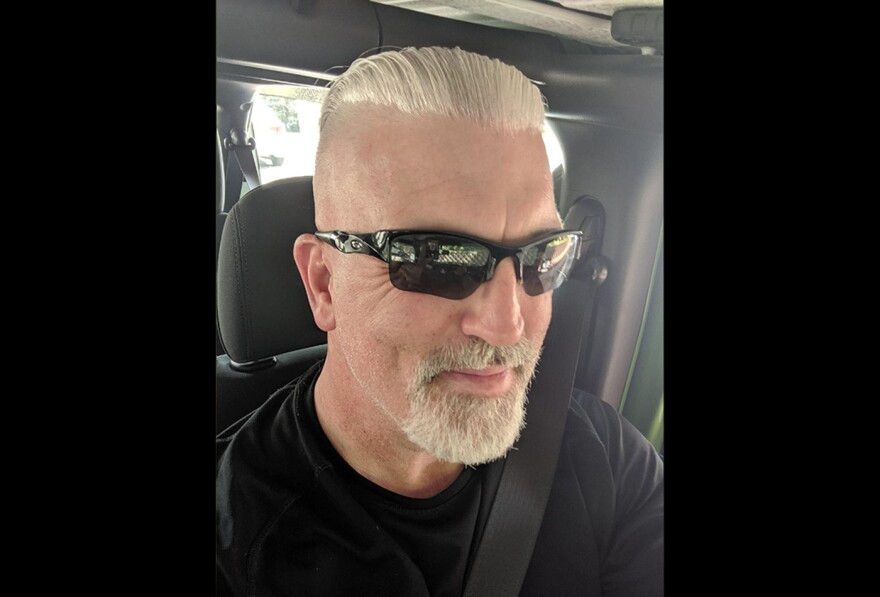 lThe 44-year-old white woman behind the counter of a Blue Springs gun shop only agreed to talk to me only if I didn’t use her name.

“I have a distinctive voice,” she said, not wanting to be on record with anything “political.”

She was one of more than two dozen people I tried to interview about George Floyd’s death and the debate it sparked about racial justice. I was looking for those who were skeptical about the impact of the incident on the conversation.

This gun-shop worker said she “felt terrible” about what happened to George Floyd.

“But he also should never have gone into the store using fake money,” she said. “And when the cops caught him, (he said) ‘I can’t breathe, I can’t breathe.’ You’re breathing enough to cry about your Mom and everything. He should’ve just sat there, and he’d probably still be alive today.”

She believes we do have “a racial problem” in the country, but she blames the media for blowing it out of proportion.

“The media totally outplays it,” she said. “They make the country try and divide itself (by saying) everything is race. Yes, we have a racial problem. But we have to get over that thing now, everyone has to come together.”

Polls show a majority of Americans believe there is racial inequity in policing and that law enforcement should be held accountable.

But while public opinion has shifted, the impact of George Floyd’s death has been polarized in much the same way issues of everything from voting rights to COVID-19 restrictions have been polarized, largely along a partisan divide.

A CBS News poll released after the guilty verdict against Derick Chauvin revealed 90 percent of Democrats believe the jury reached the right verdict, compared with 54 percent of Republicans. That means that almost half — 46 percent — of Republicans didn’t believe Chauvin should have been convicted of murder.

Pam Grisafe had questions about the veracity of the video itself. She agrees that the media inflames divisiveness.

“I don’t believe we have a race problem. I really and truly don’t,” Grisafe said,

A youthful 63-year-old white woman, Grisafe also believes the mainstream media has defined the narrative about racial injustice, and she spends her time consuming content from the conservative press.

Visiting on the patio of a local coffee shop, she believes the protests were politically motivated. She points to some of the more heated protests that occurred in Democratically run cities and states, such as the encampment in Seattle known as Chop City — where two Black teenagers were killed, and the thousands who protested in Portland into the fall.

Violent protests in Kansas City were short-lived compared with those in other cities, but not without trouble.

A protester and a Kansas City police officer face off during the May 30 protest on Mill Creek Parkway.

The weekend after Floyd’s death, what began as a peaceful gathering of hundreds on the Country Club Plaza turned violent as some protestors threw bottle and rocks at police. The police were in full riot car and stood as a militarized presence. A police car was set on fire.

Some shop windows on the Plaza and along Main Street were broken. Some stores were looted.

“You know they do so much for the community, and here they’re putting themselves on the line,” she said. “They deserve gratitude and peace.”

Don Jenkins is a former police officer who acknowledges there is a racism problem that needs to be addressed. However, he takes issue with the way protestors confronted police.

Don Jenkins, 50, is a retired Kansas City police officer. He says he supports the right of protestors to demonstrate, but not to break the law.

“You will get noticed if you’re standing, with signs,” he says. “You can shout, but don’t get right in the police officers face.
Jenkins admits there are bad cops, and they should be held accountable, just he believes Derek Chauvin was.

He would like to see better training for law enforcement in de-escalation, the use of tear gas and stun guns, restraint tactics and racial bias.

Mayor Quinton Lucas, a Democrat, tried to mediate between police and protestors, at one point taking a knee alongside Kansas City Police Chief Rick Smith to show solidarity with the social justice protestors.

In a since-deleted tweet responding to a question about a potential contract extension for Kansas City Chiefs safety Tyrann Mathieu, Mathieu tweeted that he's "probably not" going to get a new deal in … END_OF_DOCUMENT_TOKEN_TO_BE_REPLACED

KANSAS CITY, Mo. — A manhole left uncovered is the source of concern after a woman damaged her car in Kansas City. The single-car crash happened at 11th Street and Tracy Avenue during the busy … END_OF_DOCUMENT_TOKEN_TO_BE_REPLACED

Kansas City, Missouri's COVID-19 emergency order was set to expire at the end of the month. But Mayor Quinton Lucas made it clear Friday that private businesses can still set their own rules.Any … END_OF_DOCUMENT_TOKEN_TO_BE_REPLACED

KANSAS CITY, MO (KCTV/AP) — All restrictions meant to slow the spread of the coronavirus were being rescinded as of midday Friday in Kansas City, Missouri, following guidance from the U.S. Centers for … END_OF_DOCUMENT_TOKEN_TO_BE_REPLACED