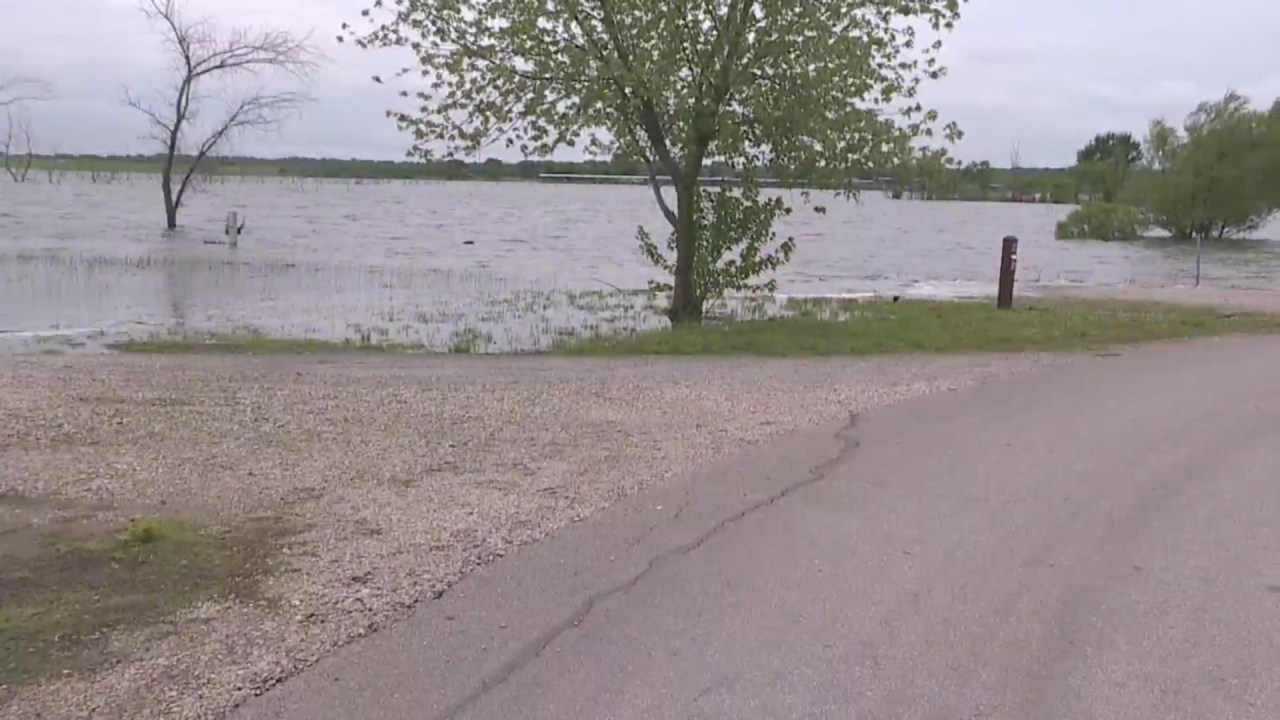 HILLSDALE, Kan. — Ahead of Memorial Day weekend, all the recent rain may put a damper on the fun for people planning to go camping.

Parks and campsites around the region are turning people away. But some are making do.

Waves rolling in at Hillsdale Lake give new meaning to a lakefront view.

Memorial Day travel: What Kansas, Missouri residents should know about nearby states

“They might be fishing off the back,” camper Larry Baxter said, “but I’ll be alright.”

What may be good for fishing is not so good for camping. Staff have been moving picnic tables so they don’t float away.

Park manager Mark Nepote said they’ve lost at least 30 campsites to water Thursday. Depending on the weather, they could be forced to close dozens more.

“If we had to close this loop, that’d be 60. There’s 38 in another loop. So we could end up losing close to 100 campsites, utility sites,” Nepote said. “Biggest weekend of the year.”

Altogether, Hillsdale has 230 sites, and all were booked for Memorial Day weekend.

Baxter was supposed to set up camp at one campsite that’s now underwater.

“The campsites we were going to start to flood, so we got moved over here,” Baxter said.

He’s ready to spend the holiday weekend with his kids.

“We’ll have fun no matter what,” Baxter said.

The Wilson family plan to have fun riding bikes and hiking this weekend.

But swimming isn’t an option at the beach. It’s under water and closed. Nepote said that’s where they would normally see 1,000 people on Memorial Day weekend.

“We’re just patiently waiting for the water to go down or it stop raining,” mom Dustie Wilson said.

The “day utility sites” are also out of service, but Nepote said three shelter houses and two major boat ramps are open.

“If the weather’s nice, I think we’ll see a lot of boating still,” Nepote said.

In a since-deleted tweet responding to a question about a potential contract extension for Kansas City Chiefs safety Tyrann Mathieu, Mathieu tweeted that he's "probably not" going to get a new deal in … END_OF_DOCUMENT_TOKEN_TO_BE_REPLACED

KANSAS CITY, Mo. — A manhole left uncovered is the source of concern after a woman damaged her car in Kansas City. The single-car crash happened at 11th Street and Tracy Avenue during the busy … END_OF_DOCUMENT_TOKEN_TO_BE_REPLACED

Kansas City, Missouri's COVID-19 emergency order was set to expire at the end of the month. But Mayor Quinton Lucas made it clear Friday that private businesses can still set their own rules.Any … END_OF_DOCUMENT_TOKEN_TO_BE_REPLACED

KANSAS CITY, MO (KCTV/AP) — All restrictions meant to slow the spread of the coronavirus were being rescinded as of midday Friday in Kansas City, Missouri, following guidance from the U.S. Centers for … END_OF_DOCUMENT_TOKEN_TO_BE_REPLACED