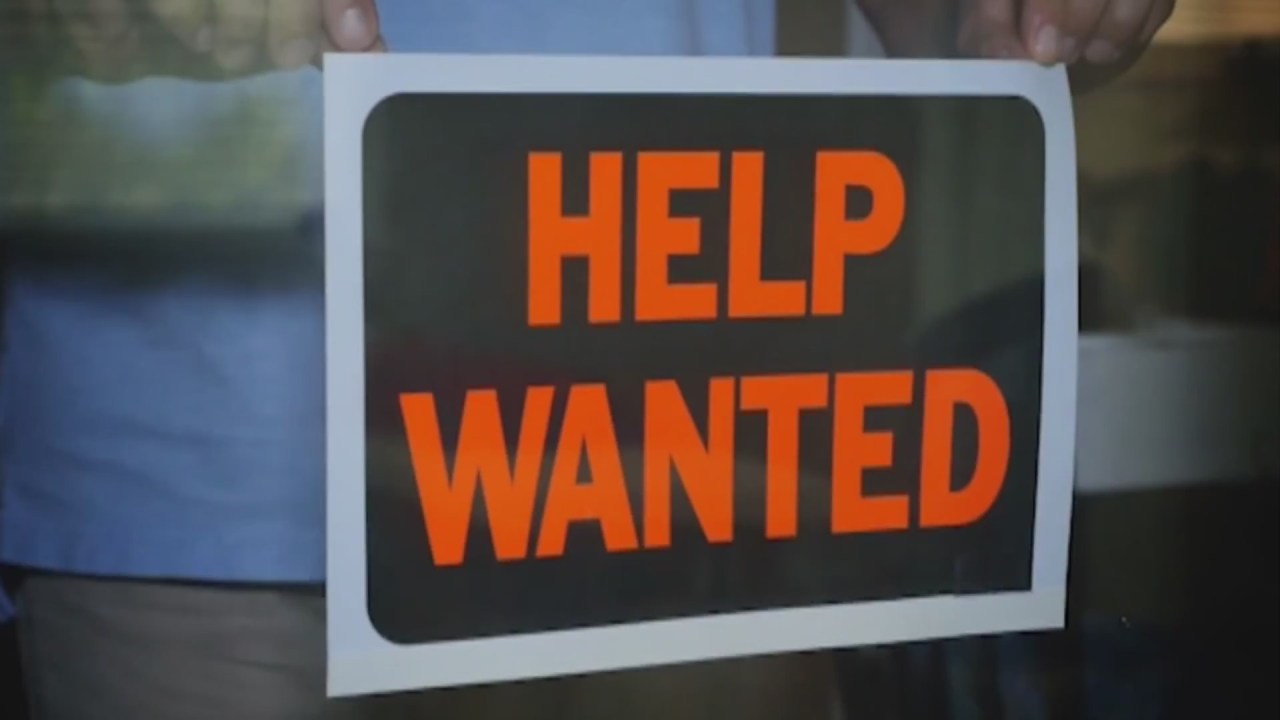 OLATHE, Kan. — Kansas has implemented a new program to help people find good paying jobs in the wake of the pandemic.

Over 51,000 jobs are available on KansasWorks.com waiting for people to fill them. People who receive unemployment are required to participate in the new program to keep their benefits.

But some business owners wish the requirement went further.

The neon open sign at Vader’s Bar & Deli is normally lit up during the day, but it was dark Wednesday. Owner Willie Vader’s help wanted sign in the window says why: His two kitchen staffers couldn’t come to work.

“I can’t run the place by myself so we had to shut down for lunch today,” Vader said.

Vader estimated he’s spent thousands of dollars trying to recruit people to work at his restaurant and is paying more than the average wage, but still he can’t find the workers he needs.

The Kansas Department of Commerce is aware of the problem so many like Vader face.

“Every place that you or I have walked in within the last month or two has a help wanted sign in the window,” said Mike Beene, director of workforce development at the Kansas Department of Commerce.

To help unemployed people get back to work, the Kansas Legislature passed a bill requiring everyone who has received three unemployment checks since June 1 to sign up for the state’s My Reemployment Program. Beneficiaries are required to submit a resume or job history and fill out an interest form so they can be matched with appropriate jobs.

“There’s a little over 51,000 jobs available on KansasWorks.com. A little over 75% of those pay above the above the wage that he referred to,” Beene said.

Beyond the two-step process of the My Reemployment Plan, the Kansas Department of Labor requires people who are receiving unemployment to say if they have looked for work each week. It’s a yes or no question, no proof is required.

Vader questions whether it’s enough to compel people to get back to work, especially since Kansas is still paying the extra $300 weekly federal unemployment bonus. Many states have discontinued it in an effort to push people back to work.

These 25 states — including Missouri — are ending $300 federal unemployment benefits

“I really do think they should drop the extra benefits because I don’t think they’re actually looking for a job in a lot of cases,” Vader said.

Beene doesn’t agree that the extra benefits are crippling the employment market. He argues other factors like transportation and child care are more serious barriers to employment.

In a since-deleted tweet responding to a question about a potential contract extension for Kansas City Chiefs safety Tyrann Mathieu, Mathieu tweeted that he's "probably not" going to get a new deal in … END_OF_DOCUMENT_TOKEN_TO_BE_REPLACED

KANSAS CITY, Mo. — A manhole left uncovered is the source of concern after a woman damaged her car in Kansas City. The single-car crash happened at 11th Street and Tracy Avenue during the busy … END_OF_DOCUMENT_TOKEN_TO_BE_REPLACED

Kansas City, Missouri's COVID-19 emergency order was set to expire at the end of the month. But Mayor Quinton Lucas made it clear Friday that private businesses can still set their own rules.Any … END_OF_DOCUMENT_TOKEN_TO_BE_REPLACED

KANSAS CITY, MO (KCTV/AP) — All restrictions meant to slow the spread of the coronavirus were being rescinded as of midday Friday in Kansas City, Missouri, following guidance from the U.S. Centers for … END_OF_DOCUMENT_TOKEN_TO_BE_REPLACED