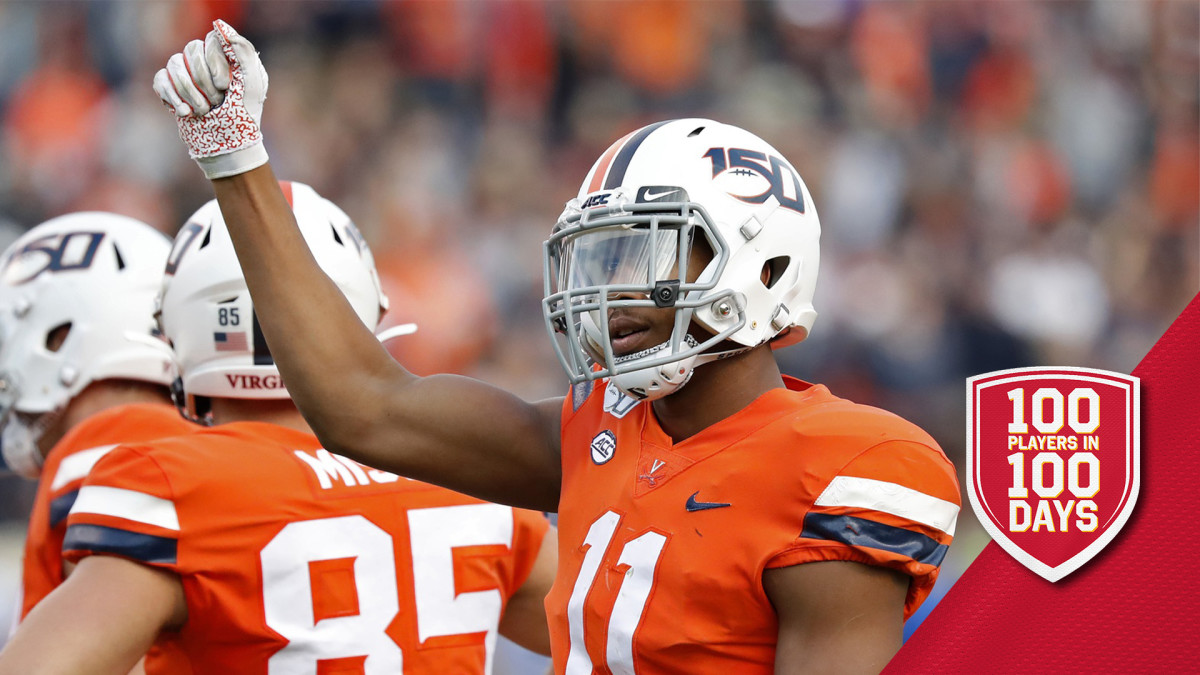 Charles Snowden has an elite blend of length and athleticism at his linebacker spot. He’s a long strider with great top-end speed and a frame that serves as a great asset in zone coverage. His range has very few limits and his instincts are solid enough that he can be relied on to cover middle hooks or work in the flats. If a ball is thrown near Snowden, there’s always a chance he can get at least a finger on it and alter the play.

Snowden also offers some prowess as a pass-rusher. He’s comfortable standing up on the edge and usually plays well above the weight he measured during Senior Bowl week. His initial get-off is inconsistent and he’s at his best when shooting a gap and rushing the quarterback, but he has serious potential. With modern defenses implementing their linebackers in various exotic blitz packages, Snowden projects to be a great option there.

Athleticism can only get a player so far, and Snowden has a lot of maturing to do as a player. He’s raw in all facets of the game, but his measurables and speed mostly made up for it in college. At the next level, that won’t be the case. One area in which this could prove to be problematic is man coverage. Snowden moves with decent fluidity but doesn’t process things quickly enough at this stage in his development.

Adding strength is a major need for Snowden moving forward. Not only will it make him more effective as a pass-rusher, but he’ll be a better run defender as well. Stacking and shedding blockers in run support is paramount, and Snowden must become proficient at that without sacrificing any speed. If he can do that, he’ll stand a much better chance of being a well-rounded linebacker.

How Snowden fits with the Chiefs:

Snowden is on record acknowledging that he sees himself as more of a 3-4 SAM linebacker, but he also noted his versatility as a player. He has the potential to become a 4-3 SAM and a situational pass-rusher despite being a better fit as an outside linebacker in another scheme. The Chiefs’ current SAM, Damien Wilson, is a free agent. Because of his athleticism and ability to drop into zone coverage, Snowden could handle that transition. He would have to become more decisive and downhill as a run defender, but it is possible.

With great length and an impressive athletic profile, Snowden should be able to contribute immediately as a pass-rushing chess piece and shallow zone defender. His potential is through the roof, and he’s already flashed it in college. He’s better suited for a 3-4 system but could also thrive in a 4-3. Either way, teams will have to be patient with Snowden as he bulks up and refines his game. He grades out as a fourth-round pick whose stock may rise as we get closer to the draft.

KANSAS CITY, Mo. — The environment, children and smoking are issues Vari Patel and three other teens from the Kansas City metro felt needed attention so people can live healthier lives. "And when … END_OF_DOCUMENT_TOKEN_TO_BE_REPLACED

KANSAS CITY, Mo. — Kansas City, Missouri, Mayor Quinton Lucas confirmed Monday not only that he’d been married earlier this month — but that he and his wife welcomed a baby boy, too. In a post to … END_OF_DOCUMENT_TOKEN_TO_BE_REPLACED

KANSAS CITY, Mo. — Kansas City, Missouri, leaders once again will look into renaming city streets in honor of Dr. Martin Luther King Jr. The city's Board of Parks and Recreation Commissioners will … END_OF_DOCUMENT_TOKEN_TO_BE_REPLACED