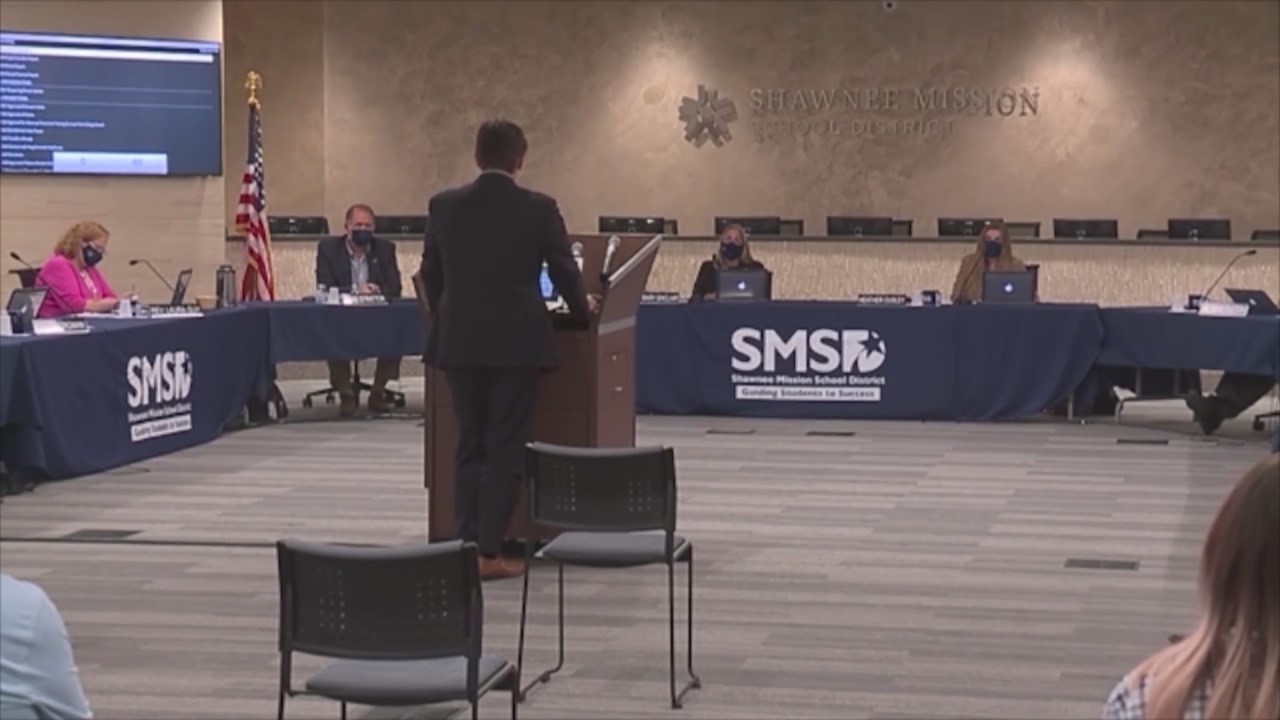 OVERLAND PARK, Kan. — Some parents in the Shawnee Mission School District say a new policy could stifle their voices, and they’re hoping an online petition can help them keep it.

Shawnee Mission board members will vote July 26 on whether to stop streaming public comments on YouTube and whether to keep those comments limited to 30 minutes. It’s a strategy the district started during the pandemic.

Victoria Savich has attended school board meetings for 11 years. She said it’s a forum for parents to have their voices heard.

“That is the one part of the school meeting that parents, teachers, even students look forward to hearing from,” she said.

But with the proposed policy, their voices may only reach those who attend the meeting.

Savich said a petition that her friend, a fellow Shawnee Mission parent, started on change.org will show the district many parents don’t want things to change.

“Transparency and being inclusive, we get rid of those, not livestreaming and only 30 minutes, you get rid of both of those issues,” Savich said.

The public comment livestreaming ban is in response to YouTube flagging the district for misinformation broadcasted during a meeting last spring.

“You do have to deal with misinformation sometimes,” he said. “But generally people should be smart to handle it. There should be more information than not enough.”

Savich said that’s not enough. She wants other parents to support the petition to give parents all the time they need to voice their concerns and stream the forum for other busy parents who can’t attend the meeting.

“Your one opinion might be influencing 100 people,” she said. “You just never know.”

In a since-deleted tweet responding to a question about a potential contract extension for Kansas City Chiefs safety Tyrann Mathieu, Mathieu tweeted that he's "probably not" going to get a new deal in … END_OF_DOCUMENT_TOKEN_TO_BE_REPLACED

KANSAS CITY, Mo. — A manhole left uncovered is the source of concern after a woman damaged her car in Kansas City. The single-car crash happened at 11th Street and Tracy Avenue during the busy … END_OF_DOCUMENT_TOKEN_TO_BE_REPLACED

Kansas City, Missouri's COVID-19 emergency order was set to expire at the end of the month. But Mayor Quinton Lucas made it clear Friday that private businesses can still set their own rules.Any … END_OF_DOCUMENT_TOKEN_TO_BE_REPLACED

KANSAS CITY, MO (KCTV/AP) — All restrictions meant to slow the spread of the coronavirus were being rescinded as of midday Friday in Kansas City, Missouri, following guidance from the U.S. Centers for … END_OF_DOCUMENT_TOKEN_TO_BE_REPLACED