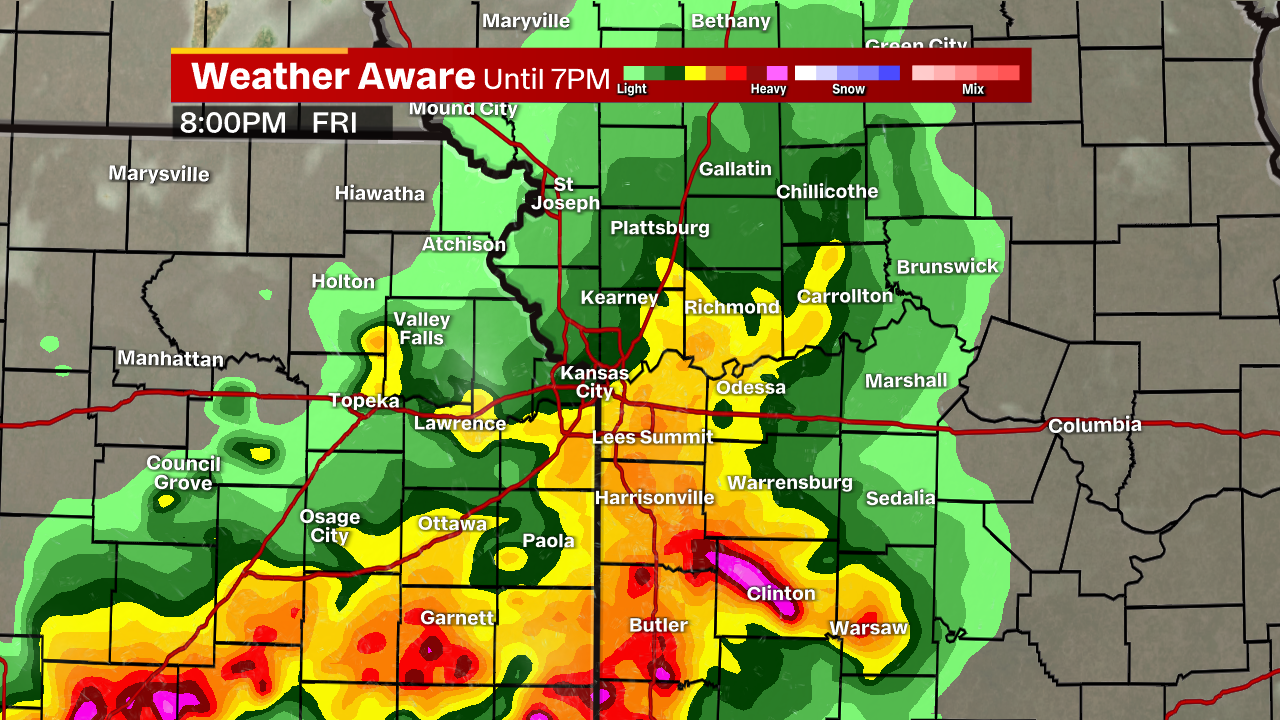 UPDATE: A Severe Thunderstorm Warning has been issued in Cass, Jackson, Johnson, Lafayette and Ray counties in Missouri until 5 p.m.

A Severe Thunderstorm Watch is in place for most of the area until 7 p.m. Friday night. Storms to our northwest have already produced quarter-sized hail and wind gusts over 60 mph and are marching further south.

Its current pace is only around 20 mph, and that presents a couple of challenges. It may lead to some localized flooding and very heavy rainfall. But it’s also possible portions of this storm, especially on the Kansas side, pick up speed and make it a bit more difficult to track this afternoon.

At some point, this will finally make its way through the metro area fully, and most of the area will be dry by this evening, closer to sunset. 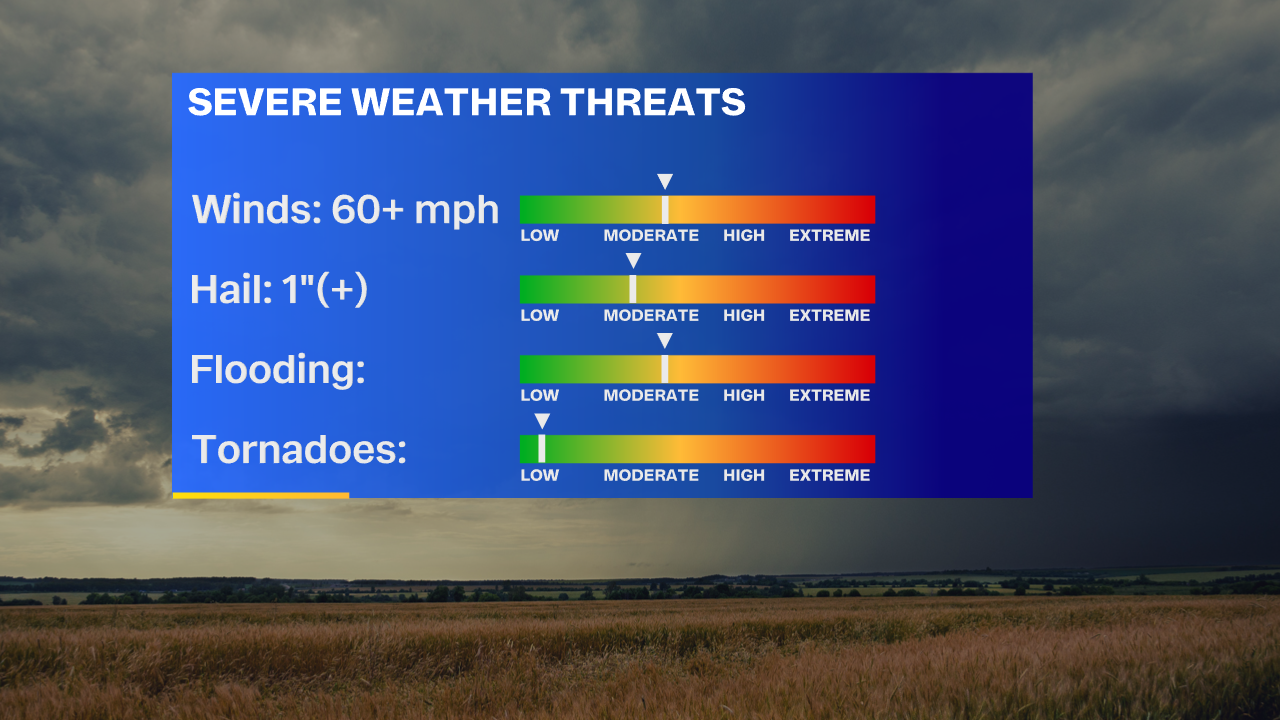 Our main threats from this system remain 60 mph wind gusts and bursts of heavy rain. We’ve had some hail reports so far to the north, but nothing too significant. It will still be present, but not incredibly large hail so far. Tornado threat isn’t zero, but it’s not likely that we’ll be dealing with that this evening.

In a since-deleted tweet responding to a question about a potential contract extension for Kansas City Chiefs safety Tyrann Mathieu, Mathieu tweeted that he's "probably not" going to get a new deal in … END_OF_DOCUMENT_TOKEN_TO_BE_REPLACED

KANSAS CITY, Mo. — A manhole left uncovered is the source of concern after a woman damaged her car in Kansas City. The single-car crash happened at 11th Street and Tracy Avenue during the busy … END_OF_DOCUMENT_TOKEN_TO_BE_REPLACED

Kansas City, Missouri's COVID-19 emergency order was set to expire at the end of the month. But Mayor Quinton Lucas made it clear Friday that private businesses can still set their own rules.Any … END_OF_DOCUMENT_TOKEN_TO_BE_REPLACED

KANSAS CITY, MO (KCTV/AP) — All restrictions meant to slow the spread of the coronavirus were being rescinded as of midday Friday in Kansas City, Missouri, following guidance from the U.S. Centers for … END_OF_DOCUMENT_TOKEN_TO_BE_REPLACED