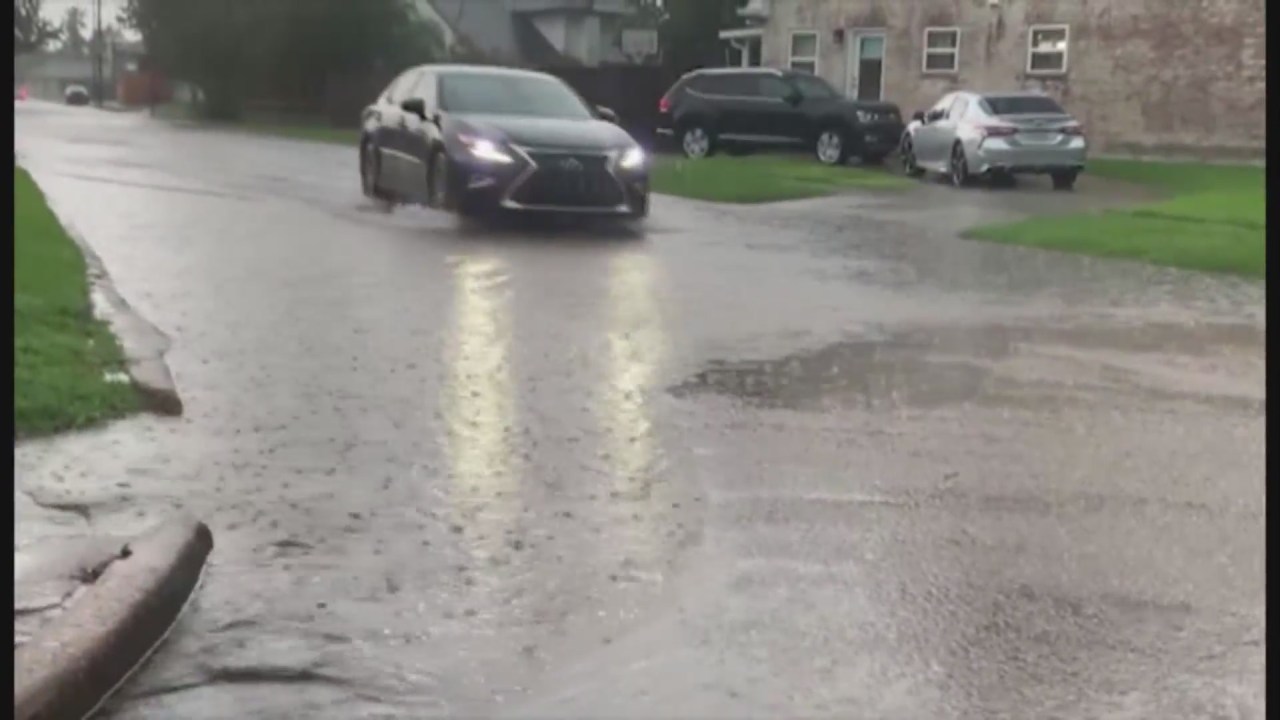 KANSAS CITY, Mo. — It’s been more than a year since people across the Kansas City metro have had to prepare for weather as severe as we’re expecting Thursday.

“Make sure we’re watching the weather and making sure we have all the necessary stuff to put in the house to stay safe,” Kansas resident Ray Chlebicki said of his preps for Thursday’s weather.

People like Chlebicki and his wife said during severe weather season, their eyes are glued to the TV.

“We’ll watch and see if it’s getting close. If there’s sirens, we hear for the tornadoes,” Chlebicki said.

The National Weather Service said even though the initial storm headed our way is happening overnight, it’s important for people to not ignore it while they’re asleep.

“With those morning storms we can expect hail, strong straight-line winds,” said Andy Bailey with the National Weather Service. “Tornadoes probably aren’t as likely then, but certainly potential rainfall will be.”

Bailey said we’ve had some rain showers over the past few weeks, but it doesn’t compare to what’s in store.

Another round of strong-to-severe storms is expected Thursday evening with heavy rain, hail, strong winds and frequent lightning as the primary hazards.

“Be ready to seek shelter if those storms become severe or even possibly tornadic,” Bailey said.

“The severe weather is likely occurring when the majority of people are asleep,” said Trent Pittman with Johnson County Emergency Management. “That’s why it’s important to make sure you have push notifications enabled for at least two mobile devices and make sure you can receive those alerts while you are sleep.”

In a since-deleted tweet responding to a question about a potential contract extension for Kansas City Chiefs safety Tyrann Mathieu, Mathieu tweeted that he's "probably not" going to get a new deal in … END_OF_DOCUMENT_TOKEN_TO_BE_REPLACED

KANSAS CITY, Mo. — A manhole left uncovered is the source of concern after a woman damaged her car in Kansas City. The single-car crash happened at 11th Street and Tracy Avenue during the busy … END_OF_DOCUMENT_TOKEN_TO_BE_REPLACED

Kansas City, Missouri's COVID-19 emergency order was set to expire at the end of the month. But Mayor Quinton Lucas made it clear Friday that private businesses can still set their own rules.Any … END_OF_DOCUMENT_TOKEN_TO_BE_REPLACED

KANSAS CITY, MO (KCTV/AP) — All restrictions meant to slow the spread of the coronavirus were being rescinded as of midday Friday in Kansas City, Missouri, following guidance from the U.S. Centers for … END_OF_DOCUMENT_TOKEN_TO_BE_REPLACED