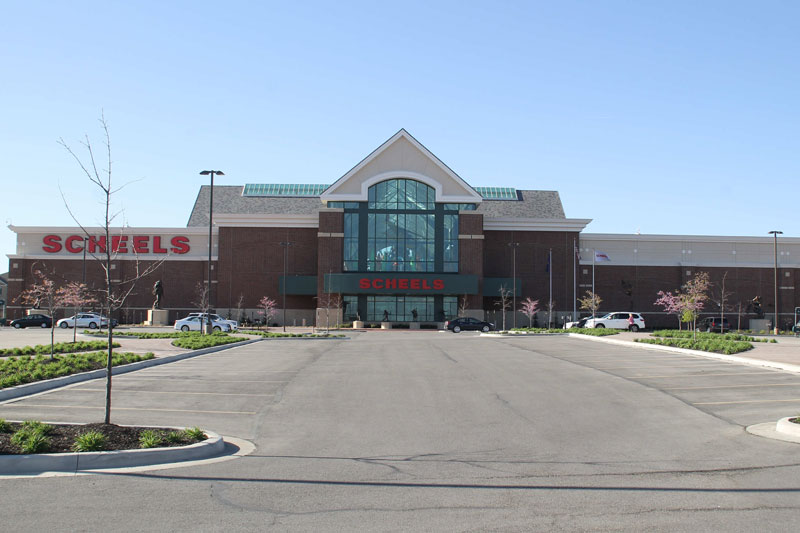 The policy is part of a settlement, and Scheels All Sports Inc. will not “impost eligibility criteria that tends to screen out people with disabilities,” The Star reports. Scheels will also have to pay a $1,000 fine, create an ADA liaison and allow the U.S. Attorney’s Office to “monitor its conduct” until 2024, according to a U.S. Attorney press release.

A complaint was filed against Scheels in 2019 after an 18-year-old woman, who was at the store for a high school outing, was told she couldn’t ride the Ferris wheel because she has Down Syndrome, The Star reports. The employee who refused to let her ride said there was a company policy requiring people with disabilities to be accompanied by an adult.

MARC urges everyone, especially people with sensitivity to air pollution, to limit outdoor activity between 10 a.m. and 7 p.m. Ozone pollution can cause a variety of problems, even in healthy adults, such as chest pains, coughing, nausea, throat irritation and difficulty breathing, particularly for children, older adults and people with breathing or heart problems.

MARC also urges folks to help reduce pollution by carpooling, taking the bus, postponing mowing and waiting until evening to refuel vehicles. This is because more than half of all emissions that lead to ozone pollution are caused by everyday activities such as driving and doing yard work, according to the organization.

Ozone pollution is formed when emissions from vehicles, lawn and garden equipment, and other sources react in heat and sunlight. Other environmental factors — such as warm, sunny weather, low wind speeds and lack of rain — increase the likelihood of poor air quality. Learn more here or on Twitter, and access SkyCast’s air quality information by calling (816) 701-8287.

The Mission Sidewalk Sale, hosted by the Mission Business District, is this Saturday June 19 from 10 a.m. to 4 p.m.

We’re Not Dead Yet Mission Square Meerkats will kick off the event at 10 a.m., and there will also be pop-up vendors, “touch a truck,” games, food trucks and more. The main event will be on Johnson Drive in downtown Mission.

In a since-deleted tweet responding to a question about a potential contract extension for Kansas City Chiefs safety Tyrann Mathieu, Mathieu tweeted that he's "probably not" going to get a new deal in … END_OF_DOCUMENT_TOKEN_TO_BE_REPLACED

KANSAS CITY, Mo. — A manhole left uncovered is the source of concern after a woman damaged her car in Kansas City. The single-car crash happened at 11th Street and Tracy Avenue during the busy … END_OF_DOCUMENT_TOKEN_TO_BE_REPLACED

Kansas City, Missouri's COVID-19 emergency order was set to expire at the end of the month. But Mayor Quinton Lucas made it clear Friday that private businesses can still set their own rules.Any … END_OF_DOCUMENT_TOKEN_TO_BE_REPLACED

KANSAS CITY, MO (KCTV/AP) — All restrictions meant to slow the spread of the coronavirus were being rescinded as of midday Friday in Kansas City, Missouri, following guidance from the U.S. Centers for … END_OF_DOCUMENT_TOKEN_TO_BE_REPLACED