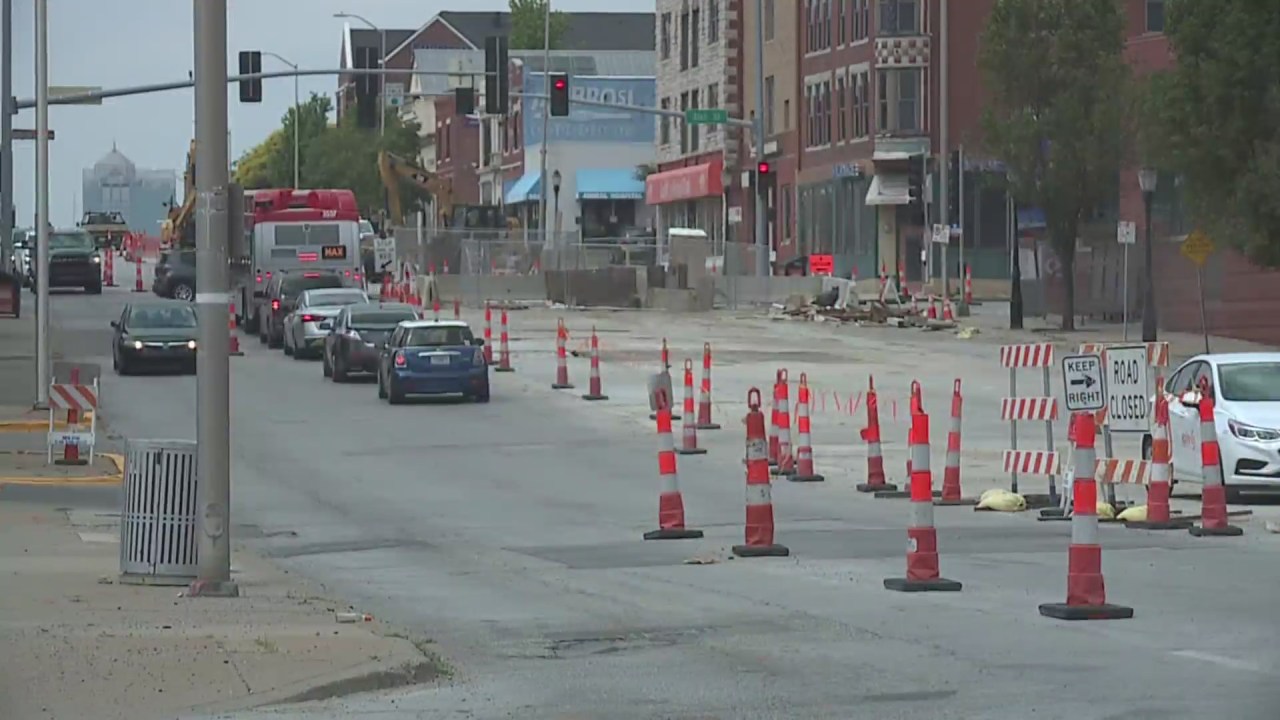 There are currently over 50 active construction projects going on around the city in various stages, according to a KCMO Public Works spokesperson.

That doesn’t include private utility work done by gas, water and communications utilities like the project taking over Main Street in Midtown.

Some drivers say the roadwork is making commutes a bit hectic.

“It’s kind of terrible. I had to go around four detours to get down here to the gas station,” driver Donald Ambler said.

“I haven’t been out a whole lot, but this is pretty bad. Sometimes it’s a little bit difficult to know where to turn, but you just have to be alert,” driver Gloria Davenport said.

While the construction in many places is confusing, frustrating and inconvenient, the city said it’s for a good cause.

“Crews are working Monday through Friday. All the progress is taking place underground,” said Alex Miller, spokesperson for the updates on Main Street.

Since February, crews have been replacing old water and sewer mains as Phase One of what will eventually become an extension for the Kansas City Streetcar.

Miller is reminding drivers to be patient and, most of all, careful in areas where crews are working.

“Drive slow, be safe. We’ve had a couple close calls, a couple cars get stuck in freshly poured concrete because they were texting and driving and got stuck,” Miller said.

The traffic mayhem is only heightened with upcoming holiday travel.

Most expensive Fourth of July for gas prices since 2014

“It’s not fun to drive around, especially if you got an old vehicle,” Ambler said.

The 50-plus road projects are all at different stages, with different completion dates. The Public Works Department has an online site that helps navigate detours and street closures.

In a since-deleted tweet responding to a question about a potential contract extension for Kansas City Chiefs safety Tyrann Mathieu, Mathieu tweeted that he's "probably not" going to get a new deal in … END_OF_DOCUMENT_TOKEN_TO_BE_REPLACED

KANSAS CITY, Mo. — A manhole left uncovered is the source of concern after a woman damaged her car in Kansas City. The single-car crash happened at 11th Street and Tracy Avenue during the busy … END_OF_DOCUMENT_TOKEN_TO_BE_REPLACED

Kansas City, Missouri's COVID-19 emergency order was set to expire at the end of the month. But Mayor Quinton Lucas made it clear Friday that private businesses can still set their own rules.Any … END_OF_DOCUMENT_TOKEN_TO_BE_REPLACED

KANSAS CITY, MO (KCTV/AP) — All restrictions meant to slow the spread of the coronavirus were being rescinded as of midday Friday in Kansas City, Missouri, following guidance from the U.S. Centers for … END_OF_DOCUMENT_TOKEN_TO_BE_REPLACED