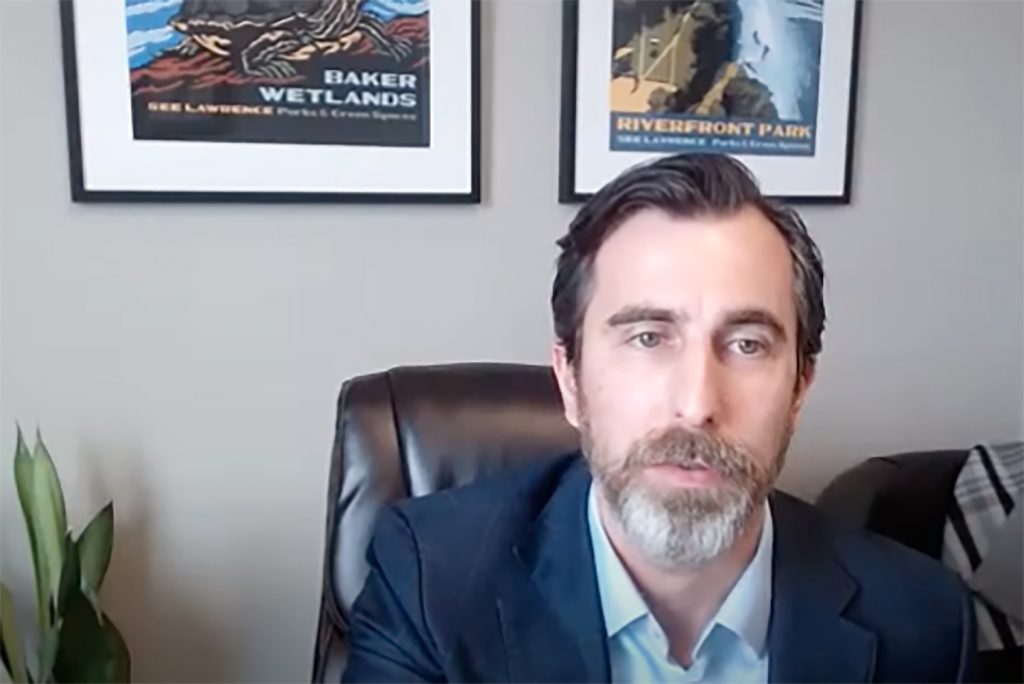 TOPEKA — Health care groups in Kansas are seeking to improve the state’s telemedicine regulations in response to increased use of the service during the COVID-19 pandemic.

Major health care providers and associations across the state are requesting adjustments to the state’s telemedicine policies through a House bill that would build on several components of an executive order that Gov. Laura Kelly issued earlier in the pandemic, which expanded access to telehealth by reducing regulations. Among those changes was expanded reimbursement and payment parity through Medicaid for certain services.

Testimony during a hearing this week showed many positive outcomes from expanding telehealth coverage for patients across Kansas, especially for those in rural areas and those seeking mental health services. There was no negative testimony presented regarding the bill.

Rep. Brenda Landwehr, a Wichita Republican and chairwoman of the House Health and Human Services Committee, said she originally anticipated debating and voting on the bill in the coming days, but instead plans to do more work with health care and insurance groups to address pay and coverage parity concerns. Landwehr said there will be a bill introduced to have a discussion on parity in coming weeks.

Both Missouri and Colorado offer coverage parity for telemedicine visits. Parity means private insurance companies must reimburse or cover telemedicine care at the same percentages they would cover in-person care.

Michelle Ponce, the associate director for the Association of Community Mental Health Centers of Kansas, said the pandemic forced providers and patients to use telemedicine, and patients have found the service beneficial.

“One of the things the pandemic has shown us is that the mental health centers have been able to provide nearly all of the services they provide via telehealth,” she said. “There are a few situations where it may not be appropriate, certain crisis situations or administration of certain types of medications. But in terms of therapy and treatment, they’ve been able to do almost anything via telehealth.”

Nearly all of the supportive or neutral testimony requested several amendments to the bill that would address pay parity, eligible types of providers and other definitions in the bill.

Chris Wilson, vice president of system integration and innovation at The University of Kansas Health System, said telemedicine had been crucial to the hospital system’s response to COVID-19, and using telemedicine meant doctors who had possible covid exposure could continue to see patients during quarantine, which was important during staffing shortages.

Wilson warned that they, like other health providers, have since received notification letters from insurance providers notifying them that coverage parity will eventually return to pre-pandemic levels. Without parity he said providers would be unable to continue using telehealth as they are now.

Philip Newlin, Chief Medical Officer of Ascension Via Christi Medical Group in Wichita, said Ascension is the largest health system in south central Kansas, and telemedicine has helped address the needs of patients who are medically fragile and unable to travel during the pandemic.

“We are very thankful for the release of some of the regulatory burdens that were in place prior to covid that impaired our ability to provide telemedicine,” Newlin said. “We as an organization — and I believe our state — want to be viewed as an innovative entity when it comes to health care delivery to provide excellence care to all, including our rural communities, where access may best be achieved for many specialties through telemedicine options.”

The post Rise in telemedicine use during pandemic drives push for better Kansas policies appeared first on Kansas Reflector.

KANSAS CITY, Mo. — The environment, children and smoking are issues Vari Patel and three other teens from the Kansas City metro felt needed attention so people can live healthier lives. "And when … END_OF_DOCUMENT_TOKEN_TO_BE_REPLACED

KANSAS CITY, Mo. — Kansas City, Missouri, Mayor Quinton Lucas confirmed Monday not only that he’d been married earlier this month — but that he and his wife welcomed a baby boy, too. In a post to … END_OF_DOCUMENT_TOKEN_TO_BE_REPLACED

KANSAS CITY, Mo. — Kansas City, Missouri, leaders once again will look into renaming city streets in honor of Dr. Martin Luther King Jr. The city's Board of Parks and Recreation Commissioners will … END_OF_DOCUMENT_TOKEN_TO_BE_REPLACED