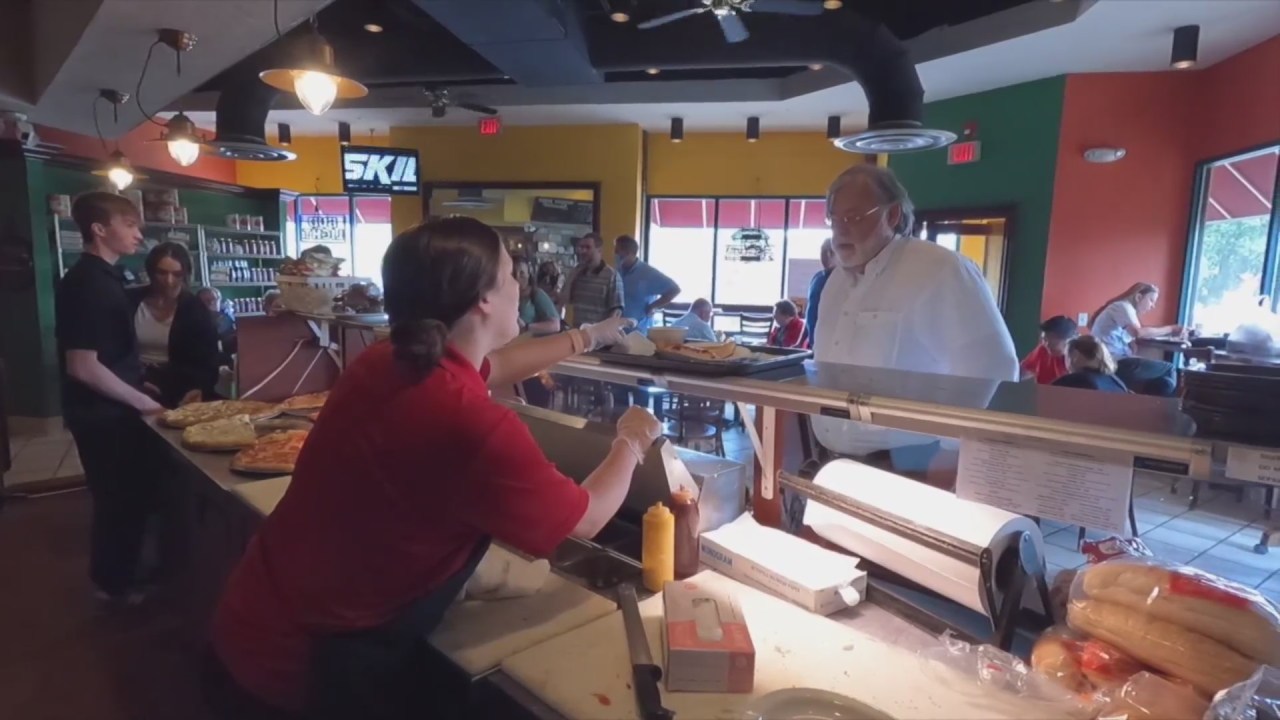 KANSAS CITY, Mo. — The pandemic was tough for the restaurant business, but there are several things happening as it winds down that could prove to be be even more damaging to an industry teetering on the edge.

“Unemployment was set up for something else, not for people to sit at home,” said Jasper Mirabile, owner of Jasper’s Italian Restaurant.

In the 67 years that Jasper’s has been in business, the family has never had a hard time finding people to work. What used to be an average of 30 applications a month has dwindled to just three in the past several months.

As of June 12, Missouri will stop paying the extra Federal unemployment benefits, hoping people will get back to work, but Mirabile is concerned that restaurant owners are fighting another sinister battle. Poaching.

“I’ve had people who’ve worked here for 35 to 40 years and when people come and tell them, ‘Hey, I’m going to give you this much more money and a signing bonus to leave there and go work for somewhere else,’ that’s not right,” Mirabile said.

Chef Stanley Harvey  has been working for Jasper’s 37 years and during the pandemic, for day and night to help keep the restaurant going. He is not going anywhere, despite desperate restaurant owners doubling hourly pay and offering signing bonuses in the thousands with money from federal pandemic assistance, which will eventually run out.

“I’m hoping that people realize that it’s not all about money, or how much you get paid,” Harvey said. “It’s being somewhere where you, you’re happy coming to work, you know?”

Mirabile said he has loyalty to and from hnis staff and to other owners in the restaurant business, but not everyone does these days when they take employees from other places, especially knowing how difficult it is to find workers.

“Other restaurants in this city don’t have it and they need it,” Mirabile said. “That’s not the way the restaurant industry should be run. It was never a part of our business to do that. Never.”

Mirabile said he has only raised prices once in the last year and eventually he and others will no longer be able to absorb increasing food and labor costs which will end up on the customers check.

“Maybe a 20% increase in prices, that’s gonna hurt and it’s gonna hurt the consumer in the long run. But who wins? No one wins,” Mirabile said.

To help out the Greater Kansas City Restaurant Association is holding a job fair June 24 from 9 a.m. to 3 p.m. To register, click here.

In a since-deleted tweet responding to a question about a potential contract extension for Kansas City Chiefs safety Tyrann Mathieu, Mathieu tweeted that he's "probably not" going to get a new deal in … END_OF_DOCUMENT_TOKEN_TO_BE_REPLACED

KANSAS CITY, Mo. — A manhole left uncovered is the source of concern after a woman damaged her car in Kansas City. The single-car crash happened at 11th Street and Tracy Avenue during the busy … END_OF_DOCUMENT_TOKEN_TO_BE_REPLACED

Kansas City, Missouri's COVID-19 emergency order was set to expire at the end of the month. But Mayor Quinton Lucas made it clear Friday that private businesses can still set their own rules.Any … END_OF_DOCUMENT_TOKEN_TO_BE_REPLACED

KANSAS CITY, MO (KCTV/AP) — All restrictions meant to slow the spread of the coronavirus were being rescinded as of midday Friday in Kansas City, Missouri, following guidance from the U.S. Centers for … END_OF_DOCUMENT_TOKEN_TO_BE_REPLACED