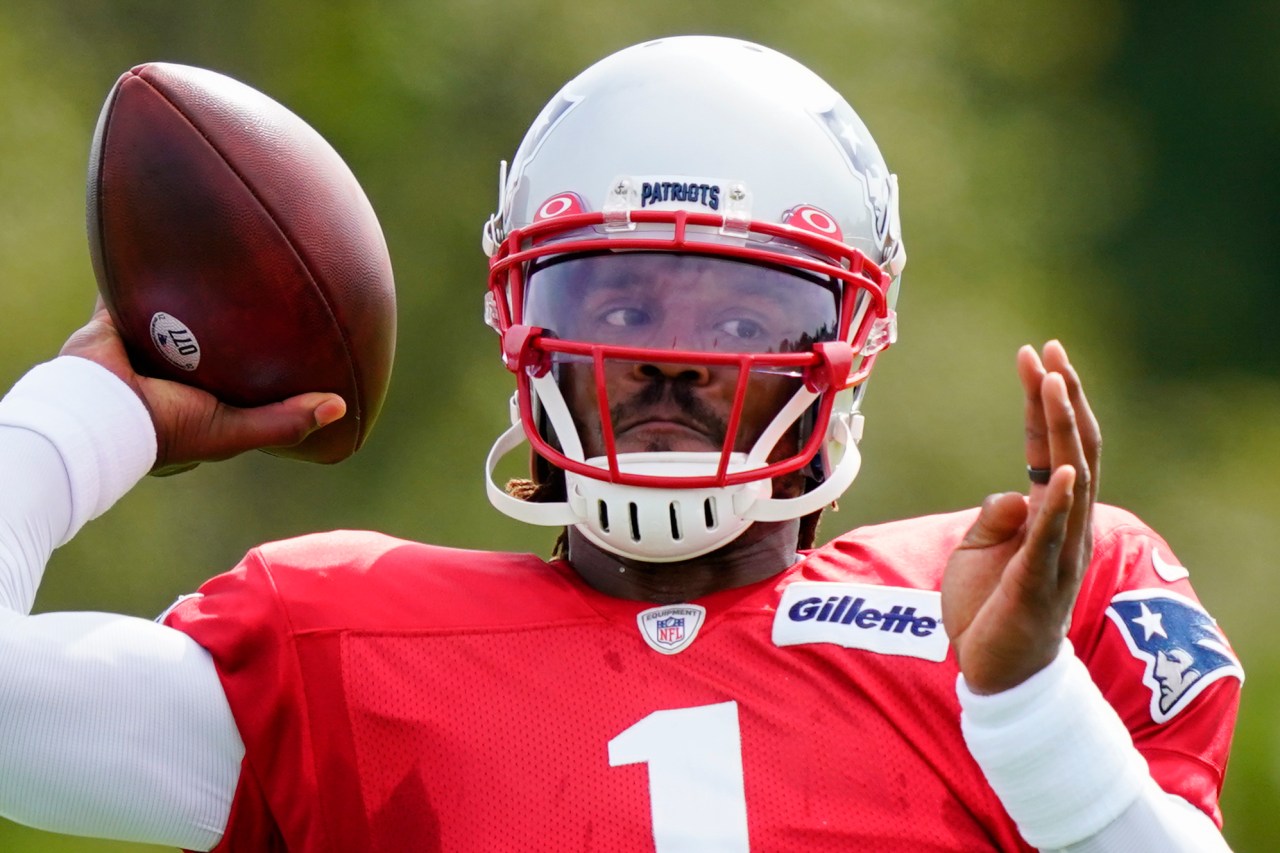 FOXBORO, Mass. (WPRI) — The Cam Newton era has apparently come to an end in New England.

Reports Tuesday morning indicate the Patriots have parted ways with the quarterback after a little more than a year.

The Boston Globe’s Jim McBride was first to report the news, and it was soon confirmed by ESPN’s NFL insider Adam Schefter.

The move clears a path to the starting role for rookie Mac Jones, who was selected by the Patriots in the first round of this year’s NFL Draft.

Tuesday is the deadline for teams to cut their rosters down to 53 players.

Head coach Bill Belichick, who’s been characteristically unforthcoming about which quarterback may start Week 1, made no mention of Newton’s status with the team during a news conference Tuesday morning.

Belichick didn’t have an update on QB situation.

While the Patriots have yet to confirm that Newton’s been cut, the quarterback hinted at it in an Instagram post, saying: “I really appreciate all the love and support during this time but I must say … please don’t feel sorry for me!! I’m good.”

Newton wasn’t much of a factor in the Patriots’ final preseason win against the Giants, completing 2 of 5 passes for 10 yards and an interception.

The Patriots will host the Miami Dolphins to start the regular season on Sunday, Sept. 12, meaning Jones will go head-to-head with his former Alabama teammate Tua Tagovailoa.

Newton, 32, was first signed by the Patriots to a one-year deal in late June 2020, then was given a one-year extension earlier this year. Coming off an injury-plagued season in which he only played in two games for the Carolina Panthers, the 2015 MVP hoped for a fresh start in New England, but never seemed to settle into the Patriots’ system.

In the 15 games Newton started (he missed the Week 4 loss to the Kansas City Chiefs after testing positive for COVID-19) he had some of the lowest passing numbers of his career, though he did punch in 12 rushing touchdowns.

The Patriots finished with a record of 7-9, marking their first losing season since 2000, as well as the first time missing the playoffs since 2008.

This is a developing story and will be updated as we learn more information.

Additionally, the Patriots reportedly placed CB Stephon Gilmore on the Physically Unable to Perform (PUP) List on Tuesday, meaning he’ll be out for at least the first six weeks of the season.

Patriots placing Pro Bowl CB Stephon Gilmore on the Physically Unable To Perform List, which means he will miss at least the first six games, per source. He is recovering from quad surgery at end of last season. His agent Jason Chayut of @SPORTSTARSNYC confirmed the move to ESPN.

In a since-deleted tweet responding to a question about a potential contract extension for Kansas City Chiefs safety Tyrann Mathieu, Mathieu tweeted that he's "probably not" going to get a new deal in … END_OF_DOCUMENT_TOKEN_TO_BE_REPLACED

KANSAS CITY, Mo. — A manhole left uncovered is the source of concern after a woman damaged her car in Kansas City. The single-car crash happened at 11th Street and Tracy Avenue during the busy … END_OF_DOCUMENT_TOKEN_TO_BE_REPLACED

Kansas City, Missouri's COVID-19 emergency order was set to expire at the end of the month. But Mayor Quinton Lucas made it clear Friday that private businesses can still set their own rules.Any … END_OF_DOCUMENT_TOKEN_TO_BE_REPLACED

KANSAS CITY, MO (KCTV/AP) — All restrictions meant to slow the spread of the coronavirus were being rescinded as of midday Friday in Kansas City, Missouri, following guidance from the U.S. Centers for … END_OF_DOCUMENT_TOKEN_TO_BE_REPLACED