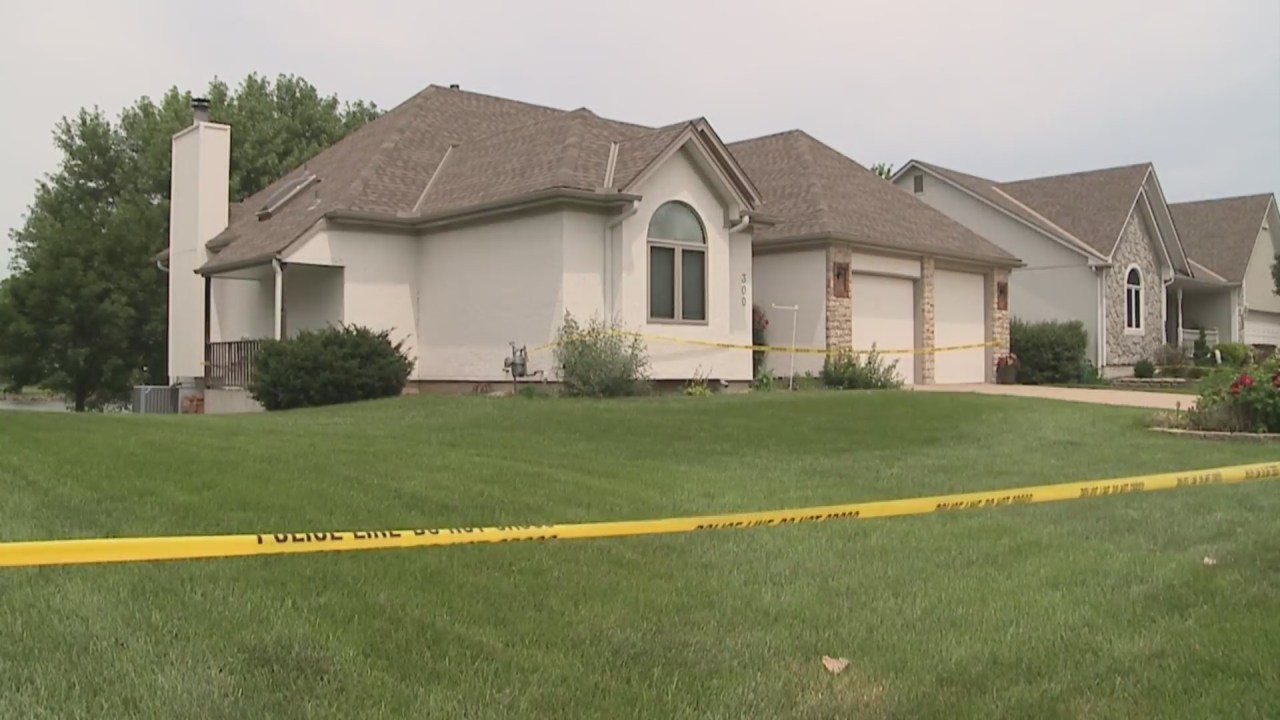 RAYMORE, Mo. — Raymore police and detectives from the KC Metro Squad returned to a home on South Lakeshore Drive on Friday to continue their homicide investigation of 39-year-old Katie Kellen.

That home in a quiet neighborhood on Silver Lake is now a crime scene. Police were called to the house just before 8:30 p.m. Thursday where they found Kellen dead.

Detectives questioned neighbors, including Katie Miller, about what they may know.

“Asking if we saw anything suspicious or heard anything in the last day or so,” Kellen said. “This is a relatively quiet neighborhood and there wasn’t anything that was notable.”

Police investigating death on Lakeshore Drive in Raymore as a homicide

Neighbors tell FOX4 they didn’t hear a gunshot or commotion coming from the home. Many of them didn’t even know police were there, as the officers rolled in quietly. Several neighbors said it wasn’t the first time they’ve seen police at the home, but never that many.

“I mean there were at least 10 different vehicles, and they had everything taped off pretty quickly,” Miller said. “I don’t know if it’s a complete surprise something happened there but as far as a homicide investigation, anything like that, that’s pretty surprising in this area.”

Raymore police confirmed they have been called to the home on a few occasions since 2018 but did not provide details as to why. Neighbors said Kellen lived at the address with her mom.

Miller said Thursday night, she saw police searching the yard around the home but spent most of their time inside of it. Officers indicated this may not be a random act of violence, which she and others in this quiet neighborhood find comforting.

“We lock our doors and we have security so I think I think as far as the police are concerned we don’t have anything that we need to worry about,” Miller said.

Police do not have anyone in custody and have not identified a suspect, so they are asking for the public’s help. If you know anything, call the TIPS Hotline at 816-474-TIPS.

In a since-deleted tweet responding to a question about a potential contract extension for Kansas City Chiefs safety Tyrann Mathieu, Mathieu tweeted that he's "probably not" going to get a new deal in … END_OF_DOCUMENT_TOKEN_TO_BE_REPLACED

KANSAS CITY, Mo. — A manhole left uncovered is the source of concern after a woman damaged her car in Kansas City. The single-car crash happened at 11th Street and Tracy Avenue during the busy … END_OF_DOCUMENT_TOKEN_TO_BE_REPLACED

Kansas City, Missouri's COVID-19 emergency order was set to expire at the end of the month. But Mayor Quinton Lucas made it clear Friday that private businesses can still set their own rules.Any … END_OF_DOCUMENT_TOKEN_TO_BE_REPLACED

KANSAS CITY, MO (KCTV/AP) — All restrictions meant to slow the spread of the coronavirus were being rescinded as of midday Friday in Kansas City, Missouri, following guidance from the U.S. Centers for … END_OF_DOCUMENT_TOKEN_TO_BE_REPLACED