Pro Football Focus analyst Timo Riske recently took a look into the historical draft success of all 32 NFL teams in an effort to refine PFF’s methodology for determining draft success in the NFL.

Riske started off by using the projected four-year PFF WAR (Wins Above Replacement) for each draft pick from 2017 through 2020, using expectation vs. the outcome to measure draft success. The Kansas City Chiefs ranked right at the top of the pack in this measure and had a good lead over the next-closest teams, the Tampa Bay Buccaneers and Baltimore Ravens.

Now, looking back at the Chiefs’ draft classes as a whole since 2017, it’s hard to imagine that Kansas City ranked so highly. Looking at most of the 2017 class and the entirety of the 2018 class, the Chiefs didn’t get much in terms of value. But Riske says this measure is almost entirely due to the value of star QB Patrick Mahomes.

However, a closer investigation of this chart reveals that it might be misleading when it comes to representing draft success in terms of consistency, as 80% of the Kansas City Chiefs‘ positive value stems from the Patrick Mahomes pick alone.

This led to Riske adjusting the methodology to measure for consistency. He accomplished that by accounting for draft position and percentile instead of using PFF WAR. The Chiefs were the No. 7 ranked team in terms of consistency, so they’re still near the top, but not quite the best. The team that ranked No. 1 was the Indianapolis Colts.

Riske continued his evaluation by weighing it for draft round (Chiefs ranked No. 3) and positional value (Chiefs ranked No. 8). In conclusion, he determined that there aren’t really any particular teams that are better at scouting players and evaluating talent compared to others, at least over the course of a four-year stretch. The data shows that team rankings in each of his charts can be explained by chance.

“Apart from the ups and downs in draft success for GMs, the overall point is that the teams’ rankings can be explained entirely by chance. In the first chart, the Colts enjoyed an average percentile of 64. But if drafting were based on nothing else but luck and we could observe four consecutive drafts 10,000 times, the best team would fall into the 64th percentile roughly 25% of the time.”

Overall, this lends itself to the idea that the NFL draft is a crapshoot. It’s interesting to see some statistical analysis out there that supports that common description. It’s also good to know that, relative to these evaluations done by Riske, the Chiefs have recently have come out on the better side of something with such an unpredictable outcome.

You know how the phrase goes, “Sometimes it’s better to be lucky than good.” That certainly feels like it applies here.

5 cap casualties for Chiefs to consider in free agency 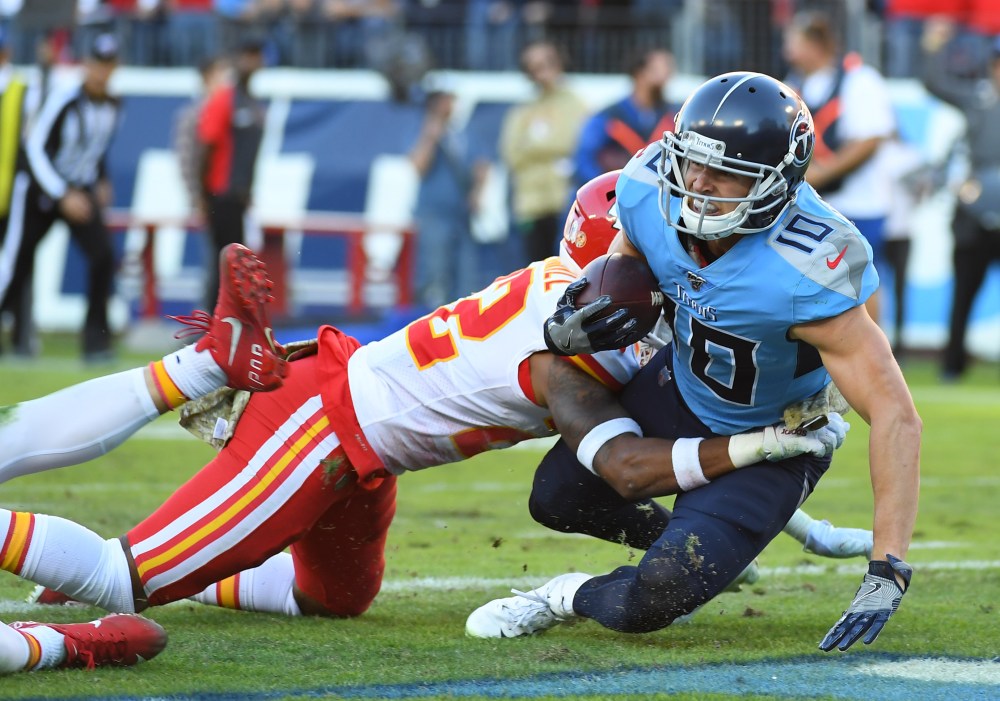 KANSAS CITY, Mo. — The environment, children and smoking are issues Vari Patel and three other teens from the Kansas City metro felt needed attention so people can live healthier lives. "And when … END_OF_DOCUMENT_TOKEN_TO_BE_REPLACED

KANSAS CITY, Mo. — Kansas City, Missouri, Mayor Quinton Lucas confirmed Monday not only that he’d been married earlier this month — but that he and his wife welcomed a baby boy, too. In a post to … END_OF_DOCUMENT_TOKEN_TO_BE_REPLACED

KANSAS CITY, Mo. — Kansas City, Missouri, leaders once again will look into renaming city streets in honor of Dr. Martin Luther King Jr. The city's Board of Parks and Recreation Commissioners will … END_OF_DOCUMENT_TOKEN_TO_BE_REPLACED