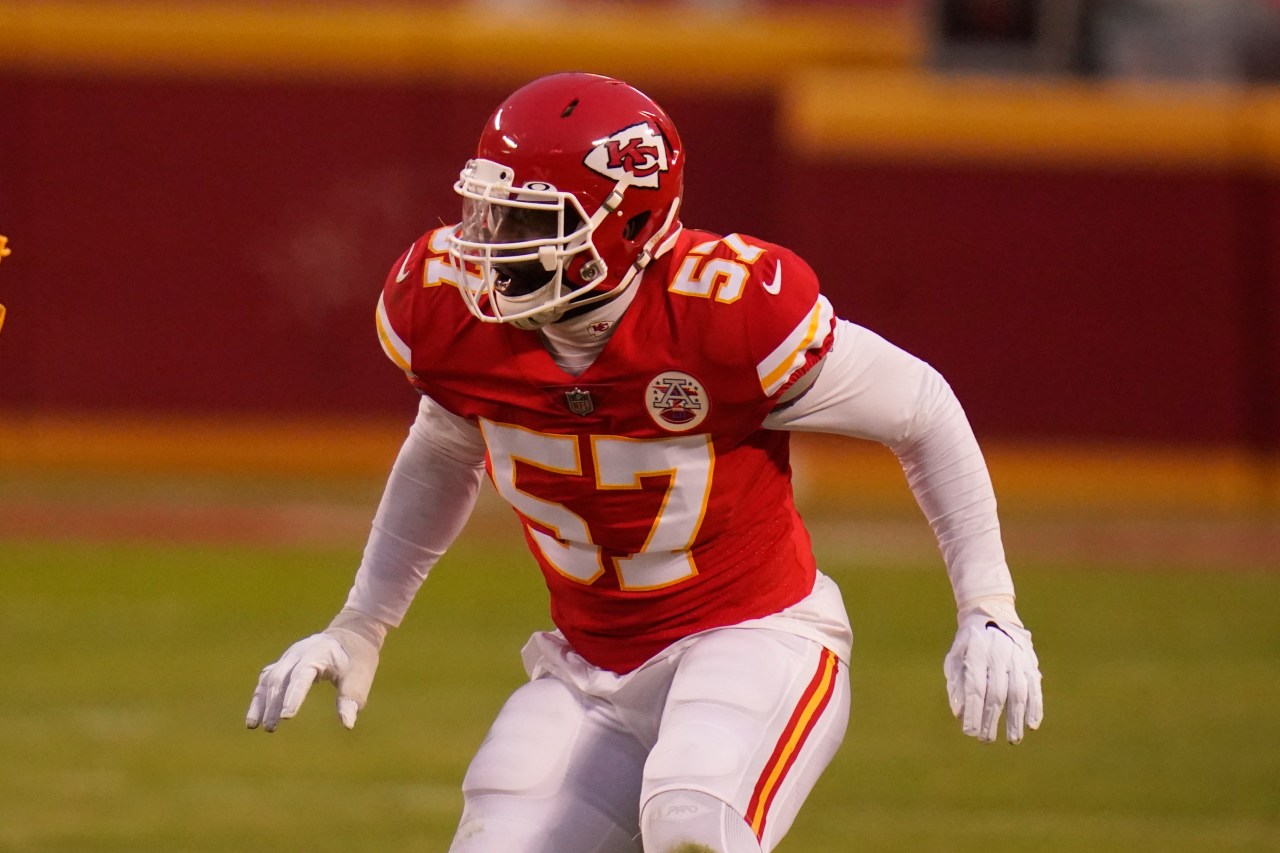 KANSAS CITY, Mo. — According to reports, the Kansas City Chiefs have re-signed defensive end Alex Okafor to a one-year deal.

Free agent pass-rusher Alex Okafor is signing back with the #Chiefs, source said. He gets a 1-year deal and will return to KC, his home for the last two seasons.

Okafor has spent the last two season with the Chiefs after joining from the New Orleans Saints in 2019.

The eight-year veteran out of the University of Texas collected 8 regular season sacks during his first two years in Kansas City.

Despite visit with the Chiefs, defensive end Melvin Ingram signs with Pittsburgh Steelers

The edge-rush signing comes a day after news that former Los Angeles Charges defensive end Melvin Ingram signed with the Pittsburgh Steelers, despite having visited the Chiefs earlier in the offseason.

In a since-deleted tweet responding to a question about a potential contract extension for Kansas City Chiefs safety Tyrann Mathieu, Mathieu tweeted that he's "probably not" going to get a new deal in … END_OF_DOCUMENT_TOKEN_TO_BE_REPLACED

KANSAS CITY, Mo. — A manhole left uncovered is the source of concern after a woman damaged her car in Kansas City. The single-car crash happened at 11th Street and Tracy Avenue during the busy … END_OF_DOCUMENT_TOKEN_TO_BE_REPLACED

Kansas City, Missouri's COVID-19 emergency order was set to expire at the end of the month. But Mayor Quinton Lucas made it clear Friday that private businesses can still set their own rules.Any … END_OF_DOCUMENT_TOKEN_TO_BE_REPLACED

KANSAS CITY, MO (KCTV/AP) — All restrictions meant to slow the spread of the coronavirus were being rescinded as of midday Friday in Kansas City, Missouri, following guidance from the U.S. Centers for … END_OF_DOCUMENT_TOKEN_TO_BE_REPLACED